PREVIEW: Republic FC visit the San Jose Earthquakes in the Fourth Round of the 2019 U.S. Open Cup

The Indomitable Club look to book their ticket to the tournament’s Round of 16 for a third consecutive year.

Sacramento Republic FC continue their 2019 Lamar Hunt U.S. Open Cup run as they take on Major League Soccer’s San Jose Earthquakes on Tuesday night. Kickoff is set for 7:30 p.m. at Avaya Stadium and the match will be broadcast live on ESPN+. 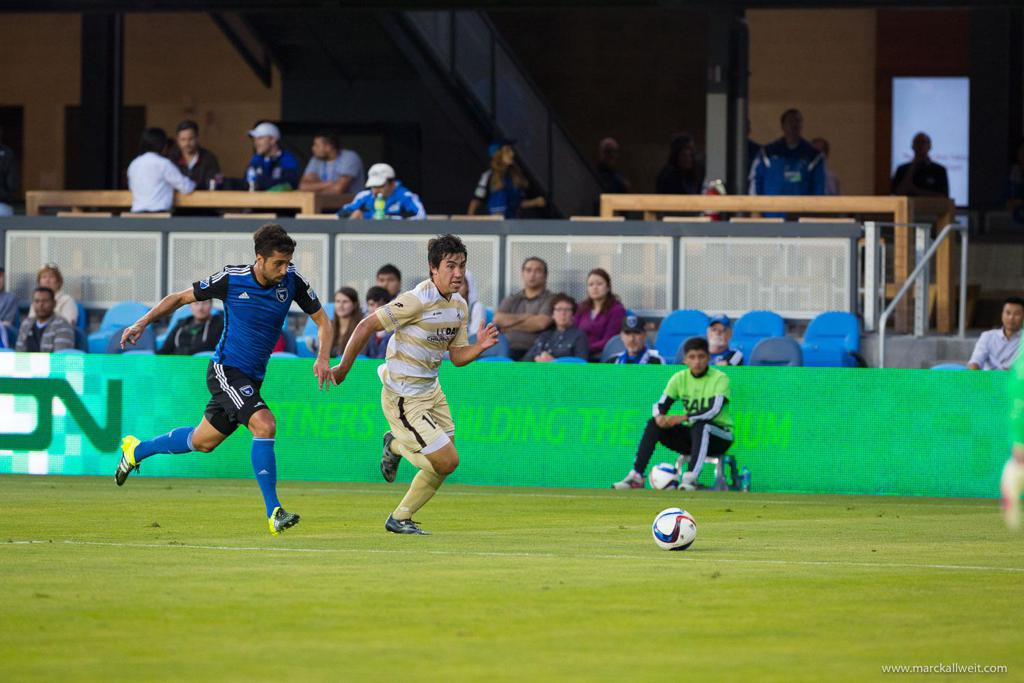 Forward Cameron Iwasa is the only current club player who featured for Republic FC in their last U.S. Open Cup encounter against the Earthquakes (2015).

Tuesday night’s match marks the third consecutive year—and fifth time overall—that Republic FC have advanced to the Fourth Round of the U.S. Open Cup. A win would see the Indomitable Club advance to the Round of 16 for a third straight year, which is the furthest the team has placed in the knock-out tournament. A loss, on the other hand, would mean Republic FC return home to Sacramento to fully focus on the remainder of the USL Championship season.

Republic FC head to San Jose buoyed by a three-game win streak across all competitions, including a dominant 3-0 win against Western Conference leaders New Mexico United on the road last weekend. Cameron Iwasa scored a brace to bring his team-leading tally to seven goals, while defender Matt Mahoney also got on the score sheet with his first of the season.

Beyond their statement win against New Mexico on Saturday (it was the expansion side’s first loss at home this season), Sacramento will feel confident ahead of their encounter on Tuesday night given their recent history in the tournament. The club previously eliminated two MLS teams, Real Salt Lake and Seattle Sounders FC, in the Fourth Round of the past two iterations of the U.S. Open Cup.

Republic FC are no strangers to the Quakes, as the two clubs have an extended history together. The Silicon Valley side was Sacramento’s MLS affiliate during the club’s first two seasons (2014 & 2015), which allowed the Quakes to loan players, such as Granite Bay native Tommy Thompson, to Republic FC. Incidentally, the two sides also faced each other in the Fourth Round of the U.S. Open Cup during both of those years, with San Jose taking progressing on both occasions.

How about a fun fact?

Tuesday’s match will be the second time that Earthquakes head coach Matias Almeyda faces Republic FC during his managerial career. The Argentine manager previously crossed paths with Sacramento back in 2016 when his Chivas (C.D. Guadalajara) side drew 1-1 with Republic FC in a postseason friendly.

The Earthquakes currently lead the U.S. Open Cup series with Republic FC, having won both of their two previous encounters (third time's the charm, right?). In their most recent Cup contest, a Fourth Round matchup in 2015, Sacramento stormed to a 2-0 lead before Major League Soccer's all-time leading goalscorer, Chirs Wondolowski, came off the bench to net a brace and take the game to penalty kicks where his side ultimately prevailed.

Tuesday’s match will be broadcast live on ESPN+. Updates online will also be provided via Twitter at @SacRepublicFC or by following #SJvSAC. To see more matchday information, visit SacRepublicFC.com/matchday-guide.