Vote for the Five Star Bank Player of the Month

Vote for the best player in June. 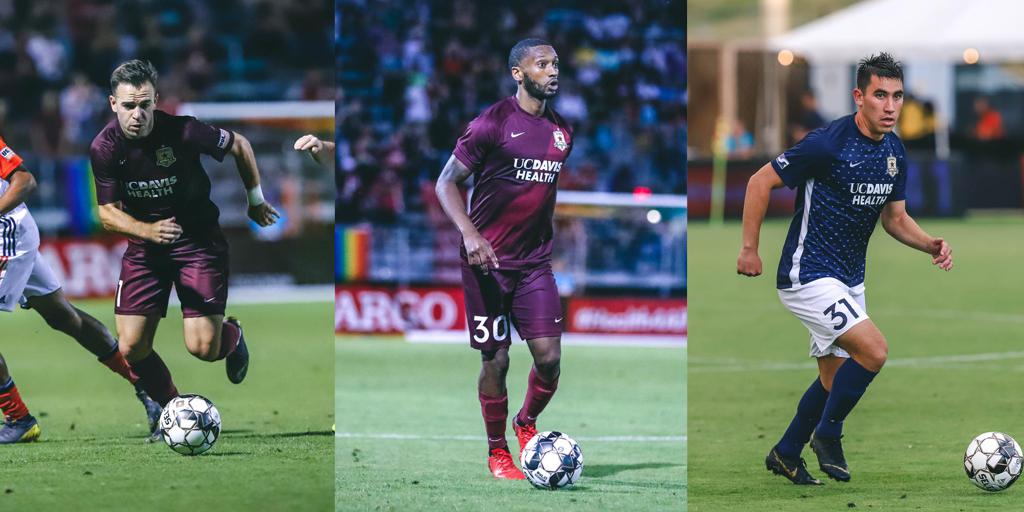 June was another big month for Sam Werner,  who entered as the May Five Star Bank Player of the Month. The midfielder kicked off June with a match-winning goal against San Antonio FC, which helped Republic FC notch their first since May 8. Werner also had the opening goal in the Indomitable Club's U.S. Open Cup Fourth Round Match against the San Jose Earthquakes, putting Sacramento ahead just two minutes into the match off an assist from Villyan Bijev. All in all, Werner scored three goals in all competitions in June, and also recorded an assist against Tulsa Roughnecks FC.

Jordan McCrary put in work throughout the month of June in the backline, playing all 90 minutes in three of four USL Championship matches, and playing the entire U.S. Open Cup match against the Earthquakes. McCrary recorded a 85.2 percent passing accuracy rate against San Antonio FC. The defender also won 24 defensive duels throughout the month of June in USL Championship play, contributing to the Indomitable Club's two consecutive clean sheets.

Two braces in June put Cameron Iwasa back into the race for the Golden Boot, currently sitting fifth in the rankings with nine goals. Iwasa came up big against New Mexico United, who were undefeated at home going into the match. Iwasa first scored from the spot after being taken down in the box. He doubled his goal count in stoppage time, connecting with a Drew Skundrich to put the game to bed. Iwasa again hit twice in Republic FC's historic 6-0 win against Tulsa Roughnecks FC, while also recording an assist.

Voting is open through Sunday, July 7.