The club will host the Liga MX expansion side at Papa Murphy’s Park in Cal Expo.

Sacramento Republic FC will host Liga MX expansion side FC Juarez in an international friendly on October 9, the club announced today. The match will be held at Papa Murphy’s Park in Cal Expo with kickoff at 7:30 p.m. Tickets will go on sale to the public via Ticketmaster.com starting today at 10 a.m. 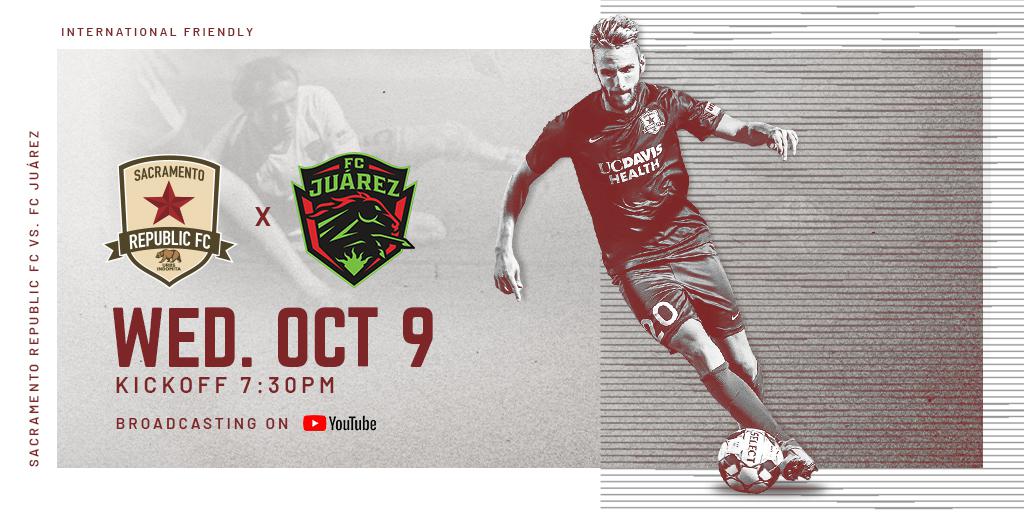 “We’re excited to welcome FC Juarez in their first-ever visit to Sacramento and continue providing our fans with another international friendly against a club in a top league,” said Republic FC President & COO Ben Gumpert.  “This also gives us another chance to mix in our very talented Academy players against top flight competition.”

Founded in 2015, FC Juarez recently joined Liga MX ahead of the 2019 Apertura season, bringing first-division soccer back to the border city for the first time since 2010. Among their roster, Los Bravos feature right back Israel Jimenez who won the Gold Medal with Mexico in the 2012 London Olympics. Other current and former national team players on the roster include Angelo Sagal (Chile), Dario Lezcano (Paraguay) and Jefferson Intriago (Ecuador). Sagal is no stranger to Sacramento, having previously played for C.F. Pachuca when the Mexican side played Republic FC in a 2017 friendly at Papa Murphy’s Park.

FC Juarez is managed by head coach Gabriel Caballero who had a decorated career as a player. The Argentina native won six Liga MX titles, as well the Concacaf Champions League twice. He was also part of the C.F. Pachuca side that made history in 2006 by becoming the first Mexican club to win the Copa Sudamericana. Caballero became a naturalized Mexican citizen in 2001 and played in all three of Mexico’s group stage games in the 2002 FIFA World Cup.

The friendly against FC Juarez is included in the Republic FC season ticket member package.  Special group rates and benefits are available for groups of 10 or more.