The Indomitable Club racked up a record number of clean sheets, broke individual records, maintained a perfect playoff streak, experienced an offensive resurgence and saw a handful of national team call-ups in an end of season version of Five Takeaways. 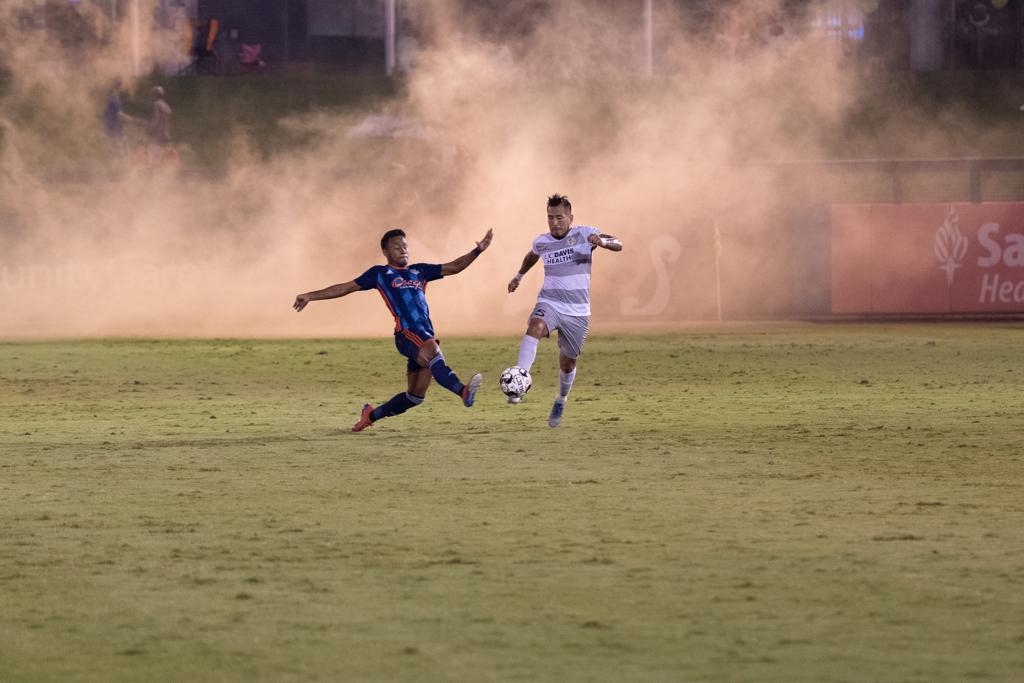 Republic FC finished the regular season in seventh place with 48 points from 34 matches.

1. The Indomitable Club collected a record number of clean sheets.

Republic FC’s 12 clean sheets in USL Championship play this season tied this particular group with the 2016 and 2018 teams that also earned a dozen shutouts over the course of their regular season campaigns.

Josh Cohen started the season in goal and before his transfer to Maccabi Haifa FC, the former Republic FC goalkeeper notched seven shutouts. Following his departure, Rafael Diaz stepped in and produced a pair of shutouts against Orange County and Las Vegas. Diaz held down the fort until the August arrival of Bobby Shuttleworth on loan from MLS-side Minnesota United. Shuttleworth posted three shutouts and led the team in saves this season during league play with 38.

Sacramento also recorded 14 clean sheets across all competitions, which is indeed a new club record. Republic FC blanked regional rivals Reno and Fresno during the clubs’ Lamar Hunt U.S. Open Cup campaign with Cohen and Diaz each earning a shutout apiece for their stellar play in net during the knockout competition. 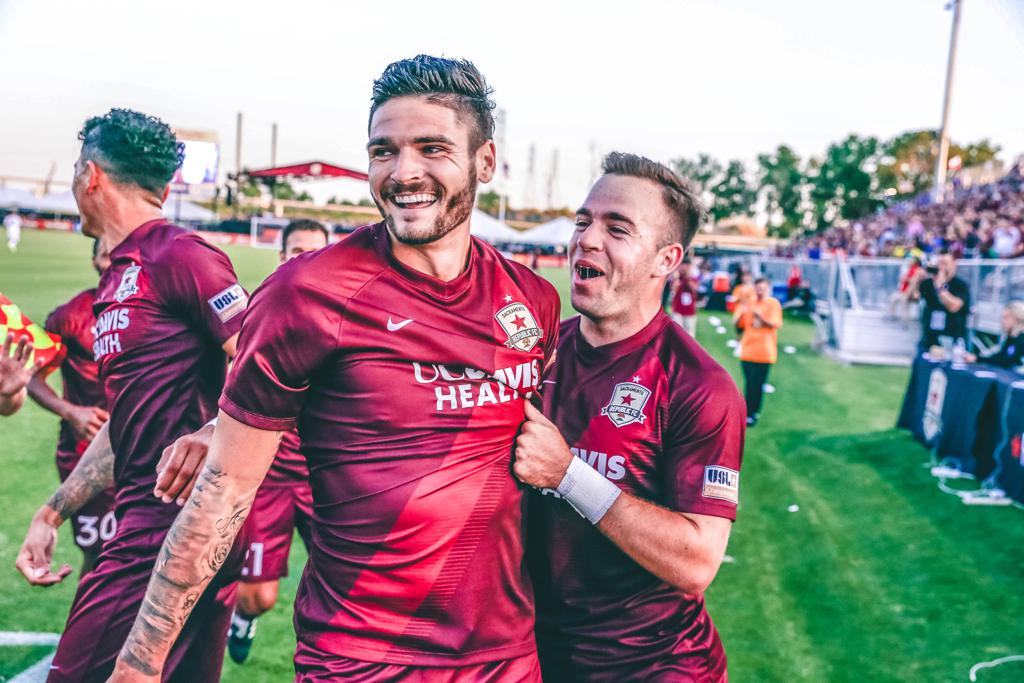 Mitchell Taintor was a staple in the Republic FC defense all season but the towering defender also contributed offensively with a wonder-goal against Reno.

Forward Cameron Iwasa was already the club’s all-time leading goalscorer but the 2019 season saw the Sacramento native etch his name a few more times into the record books.

During the late-August match to Phoenix Rising FC, Iwasa became the club’s all-time leader in appearances with 105, passing former defender Emrah Klimenta. Iwasa, who has now made 116 appearances for the club, is only four starts away from tying Klimenta’s club record of 98. Iwasa and Klimenta are the only players in the history of the club to make 100 or more appearances.

Despite the opportunity to break the all-time starts record early next season, Iwasa will potentially break another record before then. By assisting Thomas Enevoldsen’s goal against Austin Bold FC on Sept. 11, the club captain tied Danny Barrera with 16 career assists in league play. The striker, who lead the team in goals this season with 17, is now just one assist from away from owning yet another all-time club record. 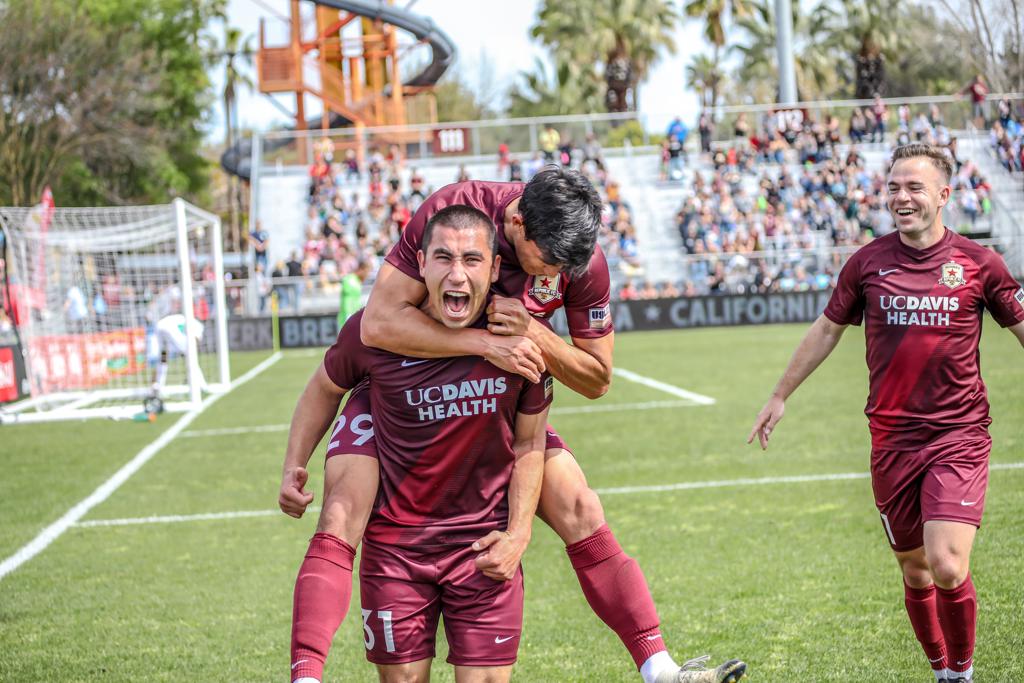 Cameron Iwasa finished the season with 17 goals, tied for fifth-best in the entire league.

It’s true. The boys in Old Glory Red have made the playoffs every season the club has been in existence.

Since 2014, it’s been six consecutive seasons that Republic FC clinched a spot in the postseason. Despite coming from behind to upset the No. 2 seed Reno 1868 FC in the Western Conference Quarterfinals, the season came to an unfortunate close in Texas during the Semifinals to El Paso Locomotive FC in early-November, 3-0.

Despite the loss in the Lone Star State, Sacramento did piece together a decent little playoff run. Prior to beating 1868 FC in Nevada, Republic FC had to compete in a midweek play-in game against New Mexico United just days before the road trip to Reno. The Indomitable Club fell behind in the opening minute but fought back to level the match and in the 82nd minute, Enevoldsen delivered a game-winning strike that most SRFC fans will find impossible to forget. 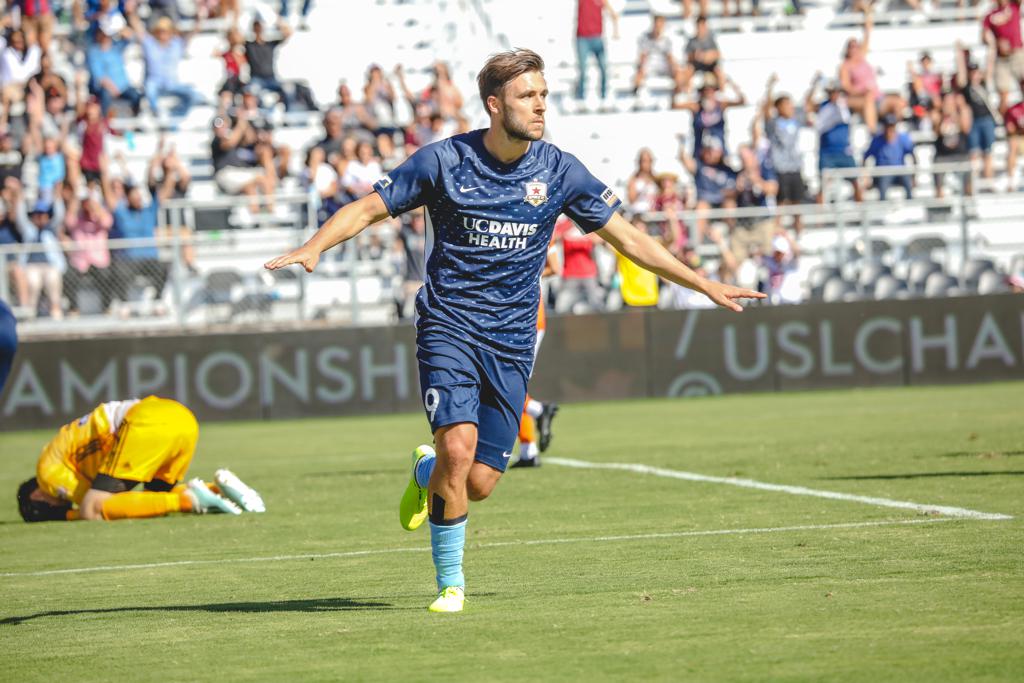 4. Offensive resurgence sparked by the arrival of a former USL MVP finalist.

Cameron Iwasa may have led the team in scoring this season, but newcomer Thomas Enevoldsen provided an offensive spark that noticeable helped Sacramento’s playoff push. And without him, the boys in Old Glory Red may have been on the outside of the postseason looking in.

After SRFC trounced Tulsa 6-0 in late June, the offense experienced a bit of a goal-scoring drought. In the six games that immediately followed, Republic FC only found the back of the net three times (one of which was an own goal scored by a Rio Grande Valley player), posting a 1-4-1 record. The offense was struggling, but not for long.

In his first game with Sacramento, a 4-0 drumming of Colorado Springs Switchbacks at Papa Murphy’s Park, Enevoldsen scored a pair of second half goals. In his very next home game, the Danish striker bagged another brace and added an assist as SRFC cruised by Tacoma, 3-0.

With the offense firing on all cylinders, it became clear that Enevoldsen was the offensive catalyst Sacramento needed. Not only was the Great Dane scoring, but he was creating opportunities for those around him as well, especially Iwasa. In Enevoldsen’s 14 games with Republic FC, he and Iwasa combined for an impressive 17 goals and seven assists. 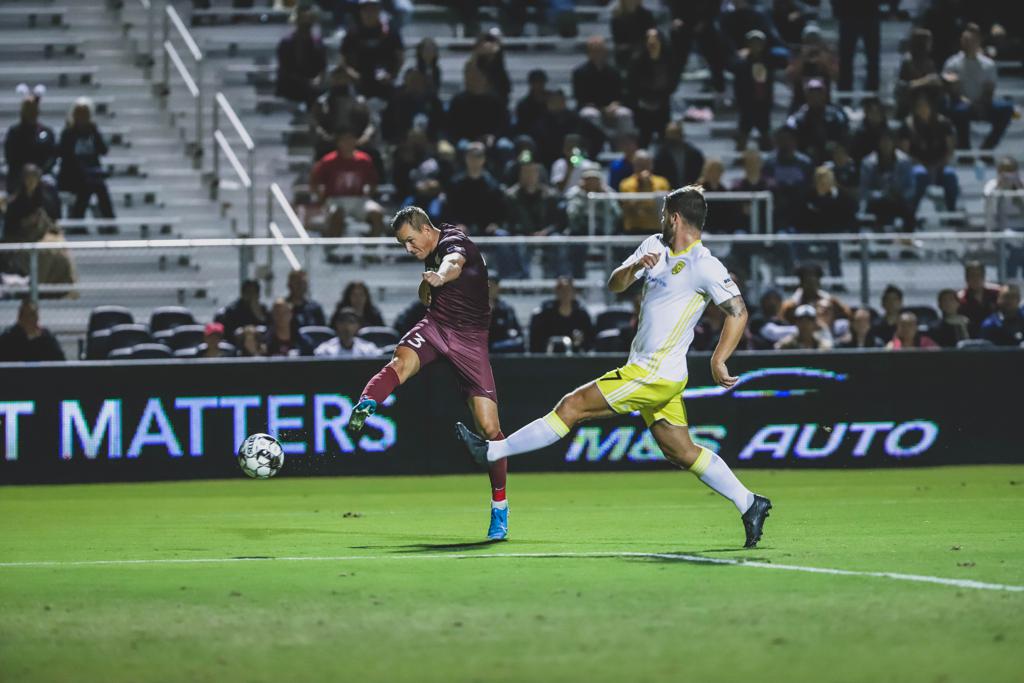 The moment of magic. Winger Sam Werner provided a perfect ball that Enevoldsen volleyed home for the dramatic game-winner.

Since Juan Barahona arrived in Sacramento in mid-May from Santa Tecla, the Republic FC defender has been called up to his home nation, the El Salvador Men’s National Team. In fact, just a few short weeks after he signed with the Indomitable Club, Barahona was named to the preliminary roster for the 2019 Concacaf Gold Cup.

Just a few months later, the left back earned another call-up to the Salvadoran national team for the 2019-2020 Concacaf Nations League in early October. Barahona started two matches at left back for El Salvador against Montserrat and Saint Lucia, with both games ending in a 2-0 win for Barahona’s boys.

In mid-July, academy forward Rafael Jauregui was called into the U.S. Under-15 Boys’ National Team for the 2019 Concacaf U-15 Boys’ Championship at IMG Academy in Bradenton, Florida. Jauregui started three matches over the course of the tournament including games against Guatemala, Suriname, and Portugal. Jauregui even made his way to the scoresheet after finding the back of the net during his sides’ 3-0 win over Guatemala.

Prior to the beginning of the regular season, former academy players Roberto Hategan and Hunter George received a call-up to join the U-18 U.S. Men’s National Team for their first training camp of the year. Also in January, the academy trio of Ezekiel Cruz, Nathan Cochenour and Lucas Liu received invitations to take part in U.S. Soccer’s first-ever Youth National Team U-14 Talent Identification Program in Carson, CA.