SACRAMENTO, Calif. —Sacramento Republic FC once again turns to its indomitable supporters for another opportunity to show their support for the club, share their artistic talents, and support a local business. The club, in conjunction with New Glory Craft Brewery – a Sacramento family owned and operated craft brewery with two locations, is excited to bring back its “Fan Can” artwork contest for the 2020 USL Championship Season. 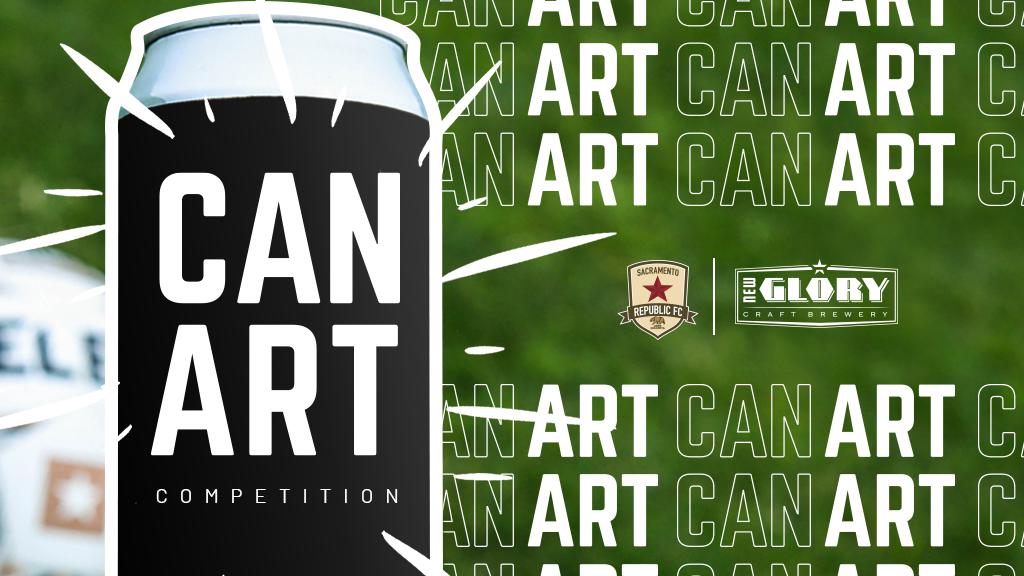 The brewery’s flagship Ubahdank West Coast IPA will return with new special edition artwork crafted by Republic FC fans for the 2020 season. A public contest to design the artwork opens today and will run through January 26. Fans can submit their designs at SacRepublicFC.com/new-glory. Ubahdank, with its new fan-crafted artwork will be available at Republic FC home games beginning in early March, and at select bars and retailers throughout the year in limited quantities.

“We’re always impressed with our fans’ innovative and creative expressions of their love for Republic FC (and for great beer),” said President and Chief Operating Officer Ben Gumpert. “Our can design tradition is another opportunity for us to showcase the talents of our passionate supporters and lift up local businesses that make this community unique.”

“New Glory Craft Brewery is excited to partner with Republic FC for a second season in a row,” said New Glory Brand Manager Trevor Davies. “We were thrilled with all the excitement that our Can Competition had in 2019 and cannot wait to see what our amazing fanbase brings to take this year’s competition to the next level. Let’s continue the gameday tradition of raising your New Glory Craft Brewery Republic-branded Ubahdank can as we show our pride for our club and the fans that support the boys!”

New Glory Craft Brewery and Sacramento Republic FC will select the winner and showcase the winning design on the beer can during the 2020 season. The winning artist will receive four (4) tickets to a Republic FC 2020 USL match and a New Glory Brewery tour. In addition, their name will be featured on each can displaying their artwork.

Last year’s inaugural “Fan Can” winning design, crafted by Republic FC fan Geoff Ernst, featured a California grizzly bear – true to the club’s crest and our state flag, gnawing on a soccer ball while a quail, a fan-favorite symbol since its 2016 April Fools introduction, sits perched on its arm. Last year, nearly 9,000 cans were distributed during games and at locations around Sacramento.

Through the partnership with New Glory Craft Brewery, this season will also feature a new activation during Republic FC matches. In section 209 and 210, New Glory will create a unique zone in the stands with great viewing angles and craft beers for fans and groups to enjoy games.

New Glory Craft Brewery will also offer special perks for Republic FC fans on game days as part of the partnership. All fans will receive 10% off their purchases at both New Glory locations during the two hours prior to kickoff and for two hours post-game.

The club’s fan-first approach of turning to its supporters throughout its indomitable history has transformed into a rich tradition over the years by empowering fans to select the team name, crest and colors, inviting local artists to celebrate the city and club through the arts, and more.

About New Glory Craft Brewery
New Glory is a Sacramento family owned and operated craft brewery. They have been brewing radical suds for the past 5 year with a penchant for hop laden IPAs. New Glory likes to push the flavor paradigm with creative style and funky ingredients. Over the course of the last 5 years, they have grown into a tight knit wacky family of over 60 employees between two locations. For more information, visit newglorybeer.com.