The Indomitable Club introduces additions from MLS, Liga MX and other top international leagues to the 2020 coaching staff…

The Republic FC roster has a handful of fresh new faces excited to make an impact on the pitch this season. And the same can be said for the club’s coaching staff, an experienced group that’s almost entirely new heading into 2020.

The club acquired some top-shelf talent who are equally as excited about getting to work as the players themselves. Head Coach Mark Briggs hand-picked each new member of his backroom staff, and each addition arrives with a wealth of soccer knowledge they’ve acquired from their years of involvement and commitment to the beautiful game.

Some of the new names have traveled the globe plying their trade on the pitch, like Romuald Peiser and Colin Falvey, while others have helped players rehab from injuries in different international leagues like Beatriz Olmedo, or assisting coaches in any capacity like Jason Israel and Alex Caparelli. But there’s also a few names who have solidified deep roots in the local community and continue to contribute and commit themselves to helping out all of the greater Sacramento region, just like Luke Rayfield and Katy Norton. 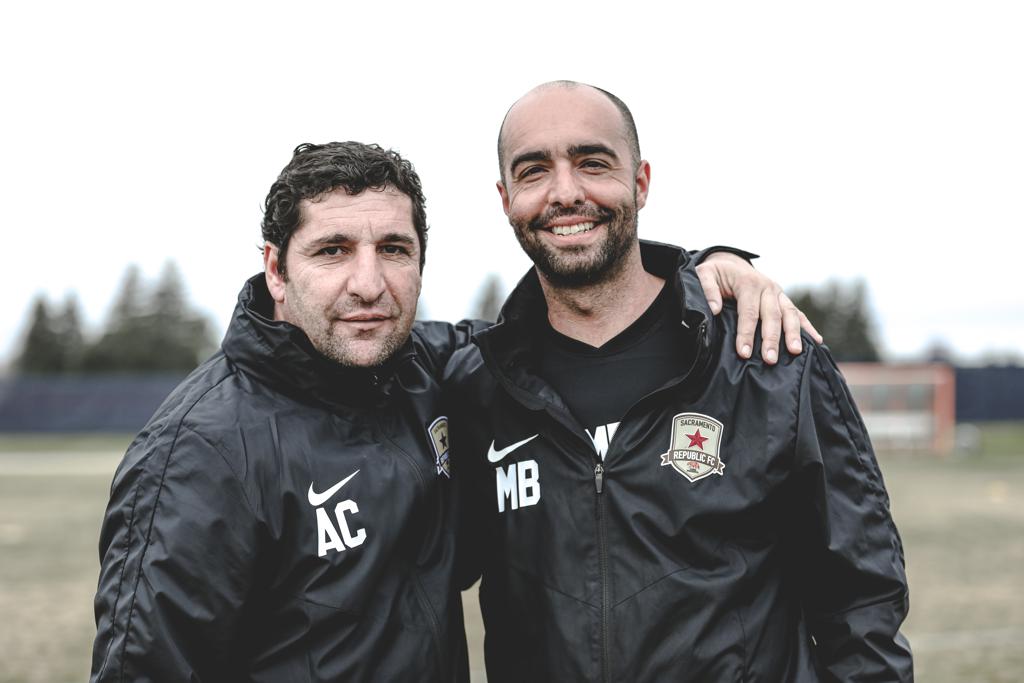 “We’re very fortunate to be bringing in some incredibly experienced individuals to join our team like Colin and Rom who have played at the highest levels, Betty’s joining us from Liga MX and getting Jason and Capi from MLS are major coups for the club,” Republic FC Head Coach Mark Briggs said. “Each and every one of them brings a tremendous amount of passion and expertise to Sacramento and together, we’re committed to accomplishing great things this season.”

One familiar face helping Coach Briggs on the touchline this season is Goalkeeper Coach Romuald Peiser who first joined the club in 2018 after an impressive 21-year playing career that spanned Europe and North America. The Phalsbourg, France, native is a product of the French giant’s Paris Saint-Germain youth system but began his pro career with German club Bayer Leverkusen. His playing career lead featured stops in top-flight German, Swiss, French and Portugese leagues. In 2014, he kicked off his coaching career with Ottawa Fury, arriving in Northern California three years later. 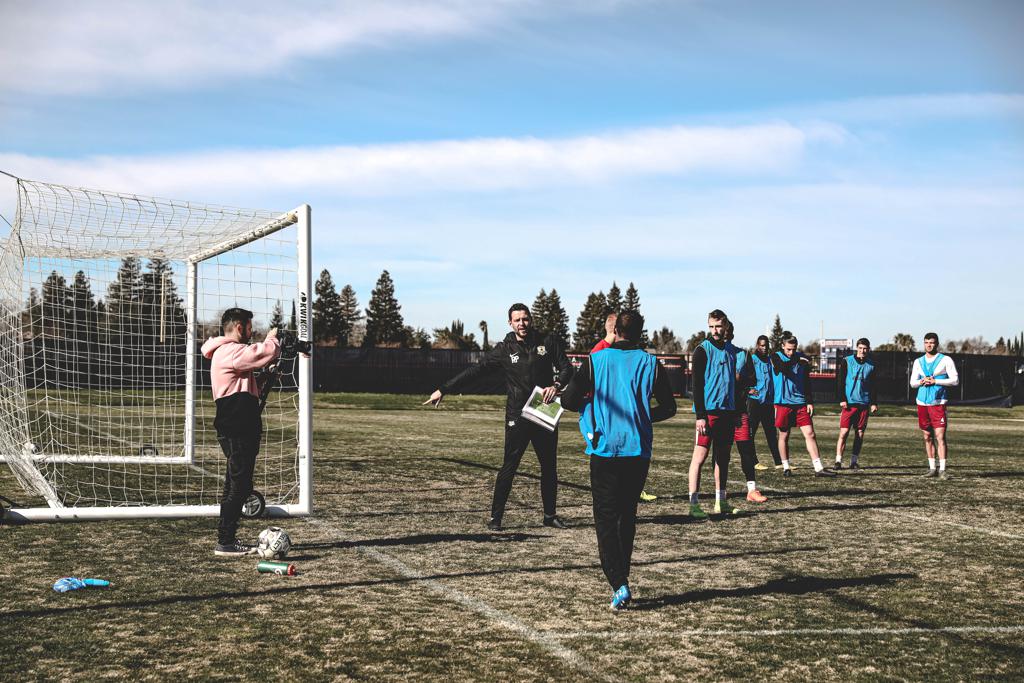 Goalkeeper Coach Romuald Peiser is entering his third season with the Indomitable Club.

Republic FC’s new Assistant Coach, Colin Falvey, is quite familiar with Peiser having played alongside the goalkeeper during their time together with Ottawa Fury. Falvey began his professional playing career in 2004 with Cobh Ramblers then joined Kilkenny City in 2007 before signing with Otago United in New Zealand. In 2009, Falvey signed with the Wilmington Hammerheads where he earned defensive MVP honors and helped to guide the club to the 2009 USL Second Division regular season title while playing alongside current SRFC Head Coach Mark Briggs. Falvey returned to New Zealand where he played for YoungHeart Manawatu before reaching an agreement with Charleston Battery. Following the 2014 season, Falvey joined Indian Super League side Kerala Blasters before joining Ottawa in 2015. The following season, the Irishman joined Indy Eleven, returned to Ottawa prior to the 2018 USL campaign then signed with Chattanooga Red Wolves SC of USL League One before finding a new home in Sacramento.

Beatriz “Betty” Olmedo joins Republic FC as the Head Athletic Trainer after previously working with current SRFC midfielder Rodrigo Lopez at Celaya FC in Mexico. Betty, a Sacramento State graduate, was the student athletic trainer during her collegiate career prior to teaching a first aid and safety course as a teaching instructor at the Sacramento City Community College in 2007. In 2008, Betty joined one of the most historic club’s in Mexican soccer, Club Deportivo Guadalajara, as an Assistant Athletic Trainer. One year later, Betty joined Futbol Club Tiburones Rojos de Veracruz as the Head Athletic Trainer from 2011 to 2014. She then skipped across the Atlantic Ocean where she was a Graduate Assistant for FC Barcelona’s academy, basketball, handball and futsal teams. She returned to Mexico in 2016 as the Head Athletic Trainer for Celaya FC and later owned her own performance center, Kinetics Performance Center in Jalisoc, Mexico, before joining SRFC. 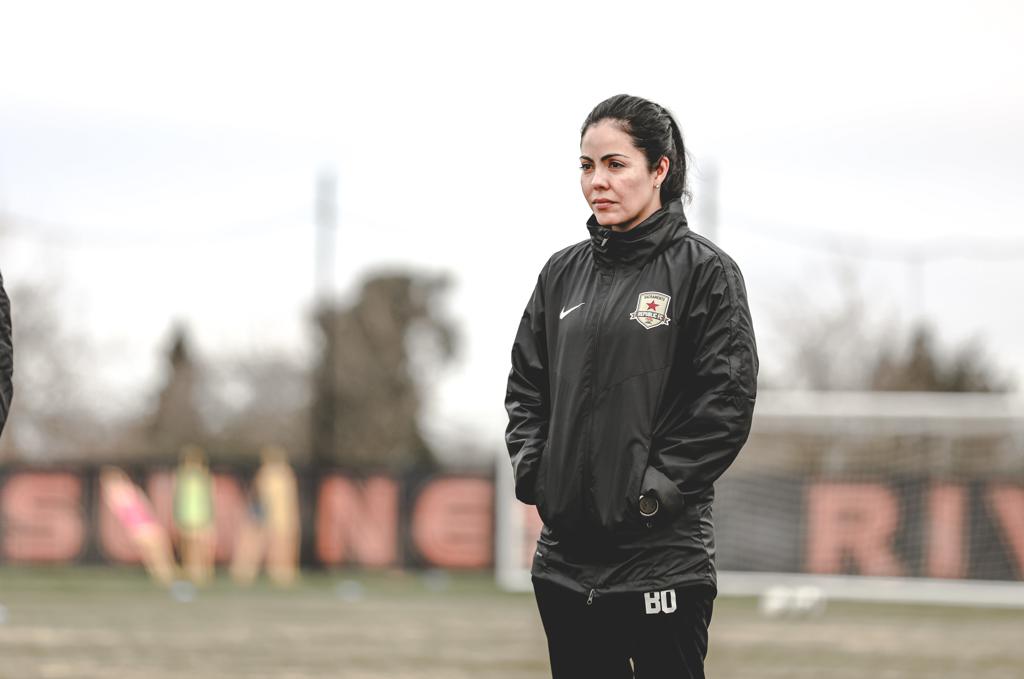 Betty joins the Indomitable Club after plying her trade in Mexico where she worked alongside Rodrigo Lopez at Celaya FC.

Jason Israel joins the Indomitable Club following stints with east coast USL and MLS clubs. Prior to arriving in Sacramento, Israel was the Team Coordinator for Bethlehem Steel FC where he facilitated the day-to-day administration and soccer operations for the club. This included overseeing the annual budget, managing all aspects of player relocation into market, organizing all team travel, registering all players to the league, overseeing the process for all foreign visas for international players and representing the club as an officer on FIFA TMS matters. Before joining Bethlehem, Israel was the Academy Operations and Equipment Manager for MLS-side Philadelphia Union from 2016-2017. But the Union weren’t Israel’s first gig in the nation’s top league, as he previously spent 2015-2016 with New York City FC as the Youth Program/Academy Administrator where he was hired as the first youth administrator for NYCFC and was involved in all aspects of launching the program. 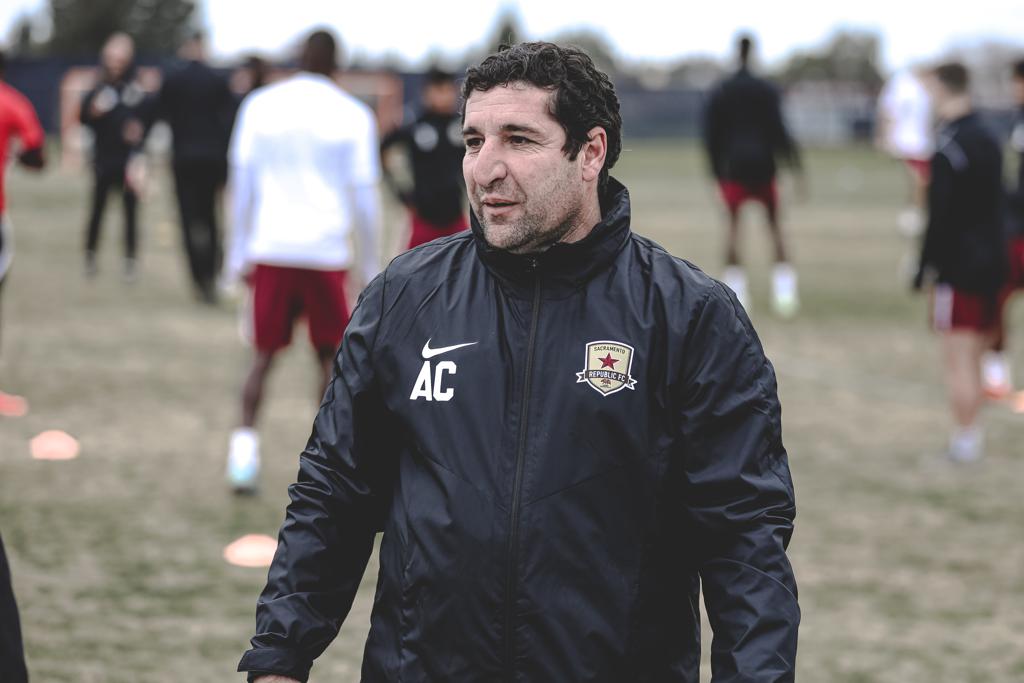 A current colleague of Rayfield who is one of the many heroes behind helping injured SRFC players return to full health is Katy Norton. Norton is currently the Physical Therapist for the boys in Old Glory Red and is entering her seventh season with the Indomitable Club. A graduate from Azusa Pacific University with a Doctorate in Physical Therapy, Norton is also a board-certified specialist in orthopedics. Prior to joining Republic FC in 2014, she joined Luke Rayfield at Results Physical Therapy and Training Center in 2012 where she’s still involved to this day as a physical therapist. She’s also the physical therapist for the San Juan Soccer Club.