The versatile wingback impressed during open tryouts and training camp, earning him a first team roster opportunity with the Indomitable Club

SACRAMENTO, Calif.  — Sacramento Republic FC announced today it has reached an agreement with versatile winger/fullback Ashkanov ‘Ash’ Apollon, pending league and federation approval. The terms of the new deal were not disclosed. 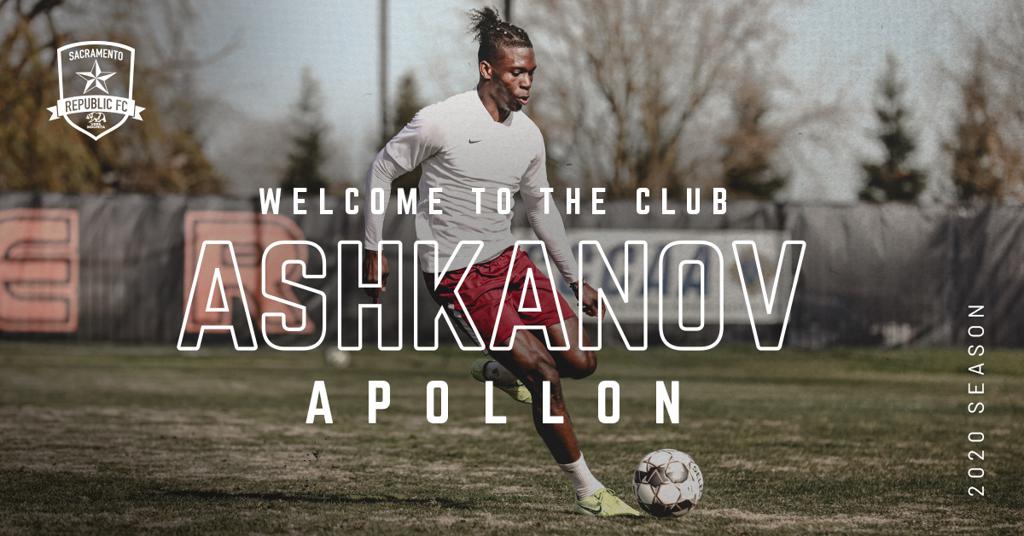 “Ash impressed us from minute one at our open tryout, and he continued to impress with our first team squad this preseason,” Republic FC General Manager Todd Dunivant said. “He has primarily played as an attacking player, but we think his skillset actually lends itself better as a wingback where he can join the attack late and create overloads. Ash’s journey with us is a great story of what is possible when you take your opportunity, and we are delighted to welcome him into the team.”

Apollon received an invitation to join Republic FC’s training camp following his performance at the club’s open tryouts. Most recently, Ash played in France at Stadium Racing Colmar in 2019, FC Mulhouse in 2018, and Voltigeurs de Chateaubriant in 2017.

Apollon was born in Boston, Massachusetts, first taking to the pitch at the age of 17 while living in Haiti. When he returned to the U.S., Apollon played collegiately for one season at Peninsula College in Washington where he scored 16 goals and lead the NWAC with 15 assists. During his single season at the Pacific Northwest junior college, Ash helped guide his side to the 2013 Championship.

Ash signed his first professional contract in Thailand with Bangkok FC of the Thailand Premier League prior to being loaned to a second-tier club, Grakcu Looktabfah FC in 2014. In his nine games with the club, Apollon netted 12 goals and recorded nine assists. He played one season in Thailand before returning to the United States to join the Kitsap Pumas of the Premier Development League in 2015.

Following his season with Kitsap, the speedy 28-year-old joined the Seattle Sounders FC U-23 side in 2016 where he scored once in three appearances.