Republic FC kicked off the 2020 USL Championship regular season this past Saturday night with a 1-1 draw against FC Tulsa at home in front of a sellout crowd.

Mark Briggs’ men opened the scoring in the closing minutes of the first half when Drew Skundrich struck a perfectly placed shot into the bottom corner of the goal. From the left flank, defender Juan Barahona rifled a cross directly to the midfielder at the top of the box who buried his shot to lift SRFC to a 1-0 lead. 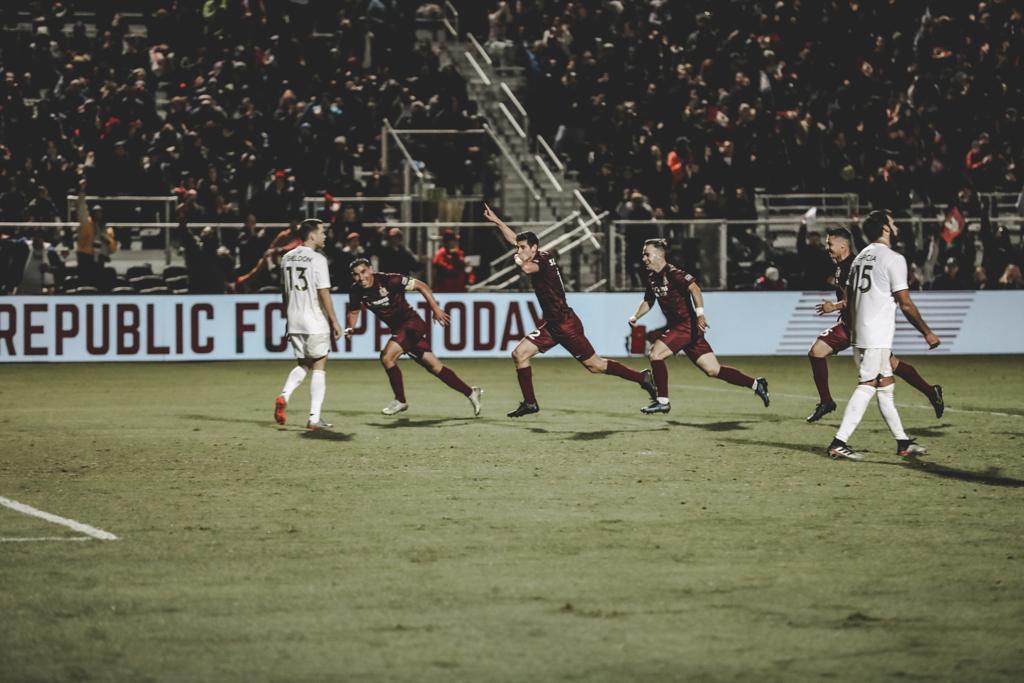 The visitors equalized late in the second half as the game ended in a 1-1 result and even though Saturday’s match may not have yielded the desired outcome, it did produce some positives to reflect on prior to next weekend’s trip to Las Vegas.

A total of five players made their Republic FC first team debuts during a regular season league match over the weekend against FC Tulsa.

Two of which were 17-year-old Republic FC Academy graduates midfielder Mario Penagos and defender Hayden Sargis. Both have previously played with the first team during non-league matches, but this was their first start and appearance for the Sacramento-natives during USL Championship play.

Penagos finished the contest with one shot on target during his 68th minutes on the pitch before making way for substitute Rodrigo Lopez. Sargis played the full 90 minutes and was the provider who helped to create Republic FC’s opening goal of the season when the defender delivered a towering long ball to Barahona who whipped in the cross that was credited with the assist. 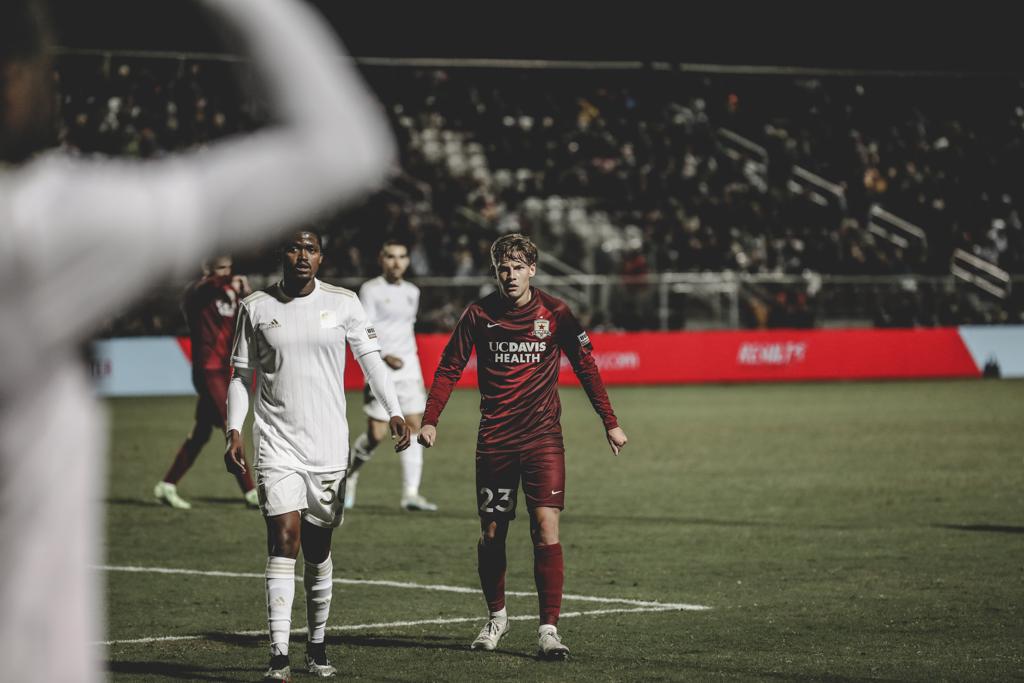 Also making their debuts in the SRFC starting lineups were goalkeeper Adam Grinwis and midfielder Andrew Wheeler-Omiunu. Wheeler-Ominu finished the night with a team-high five interceptions while Grinny made one save. Both players, who were signed this offseason by the Indomitable Club and offer MLS experience, left very powerful and positive first impressions following Saturday’s draw.

In the 83rd minute, defender Ashkanov Apollon made his first team debut for the boys in Old Glory Red when he entered the match for Villyan Bijev. ‘Ash’ earned his professional first team contract with Republic FC after impressing coaches during the open tryout, earning him an opportunity as a preseason training camp trialist.

Defender Juan Barahona’s stellar play on Saturday night earned the Salvadoran an honorable spot on the bench of the USL Championship’s Week One Team of the Week after he collected his first assist of the season. 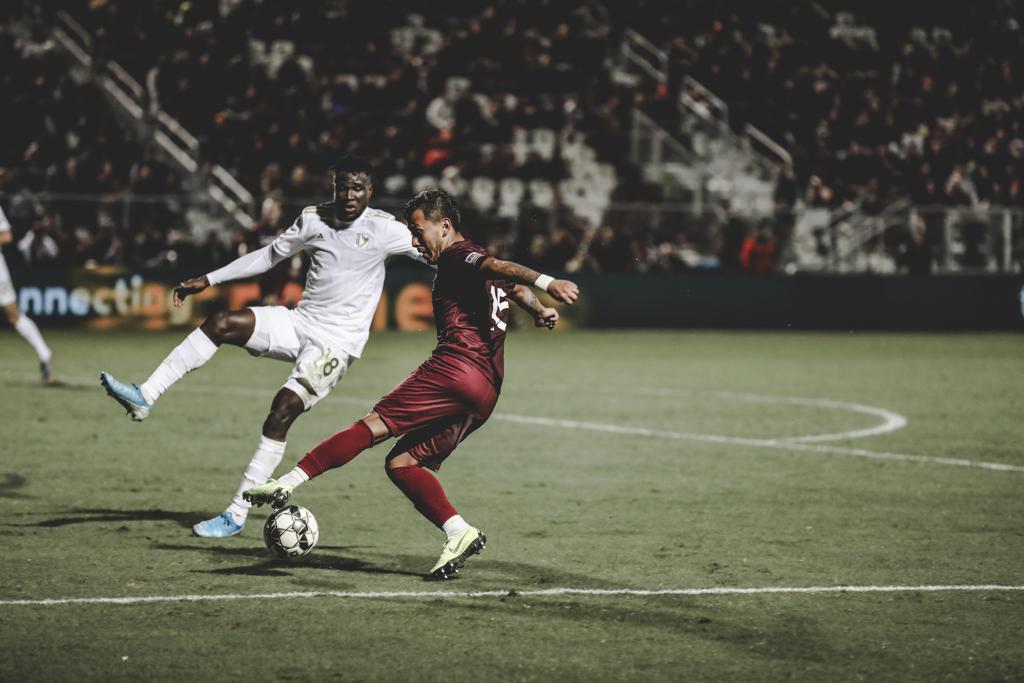 “I thought he was another player that performed to a really high standard,” Republic FC Head Coach Mark Briggs said following Saturday’s match. “Juan’s an exceptional footballer. He reads the game very well and defensively he’s clever and puts his body in the right areas. His left foot is a step ahead and the technique he possesses with his left foot is fantastic, so it's a huge weapon for us to have and a huge tool for us to utilize.”

Not only was the tenacious left back impactful in his defensive half of the pitch, but Barahona was a menace on the offensive end as well. After Sargis spotted him in space, the shifty defender provided the ball that Skundrich buried to break the first half deadlock. The assist was Barahona’s fourth of his Republic FC career in his 19th league start.

The Salvadoran defender’s 10 crosses was tied for the second-most in the entire league and the left back led the boys in Old Glory Red on Saturday night with three scoring chances created. 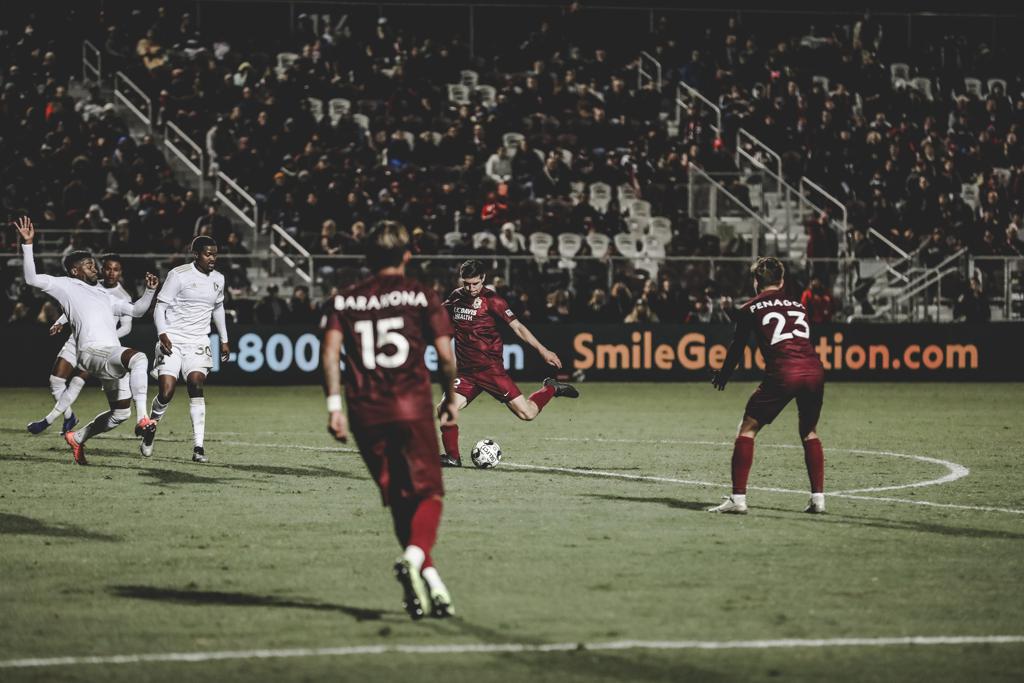 Even though the boys in Old Glory Red only found the back of the net once on Saturday, eight shots on target indicate that the new boss is encouraging his boys to express themselves and always be pushing forward looking to create chances. Only twice in all of 2019 did the Indomitable Club have eight shots on target during a Championship match.

Republic FC registered 16 shots on the night compared to Tulsa’s four. Winger Sam Werner took a team-high four shots, which was tied for eighth-most in the USL over the weekend. 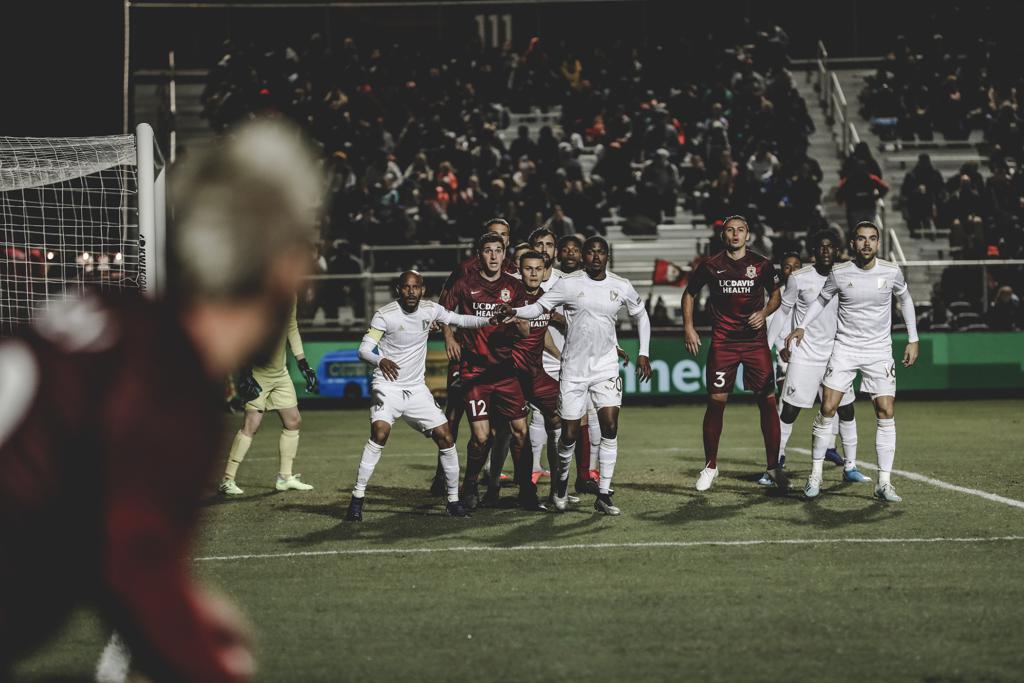 Despite only beating the visiting ‘keeper once, it’s safe to assume after Saturday’s peppering of the Tulsa net that the goals will indeed come.

Next up for Mark Briggs’ men is a trip to Sin City against former USMNT standout Eric Wynalda’s Las Vegas Lights FC. Saturday night’s kickoff is set for 7:30 p.m. PT.