The boys in Old Glory Red have already guaranteed promotion to Division A next week but a Semifinal win today against the Eastern Conference club sends SRFC to tomorrow’s championship match.

The upcoming virtual contest against the 2004 UEFA European Champions will feature Republic FC defender Juan Barahona making his eCup debut. Not only will viewers be able to catch a glimpse of Barahona’s FIFA20 skills for the first time, but the club’s Twitch stream will be broadcast in Spanish for the first time for SRFC supporters during the competition. 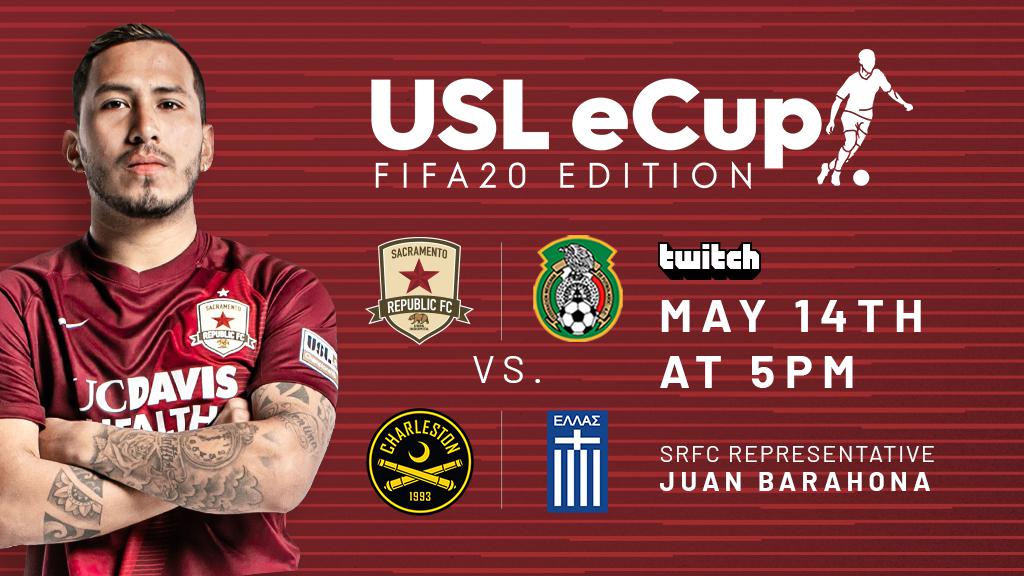 Yesterday, winner of the inaugural SRFCxFIFA20 Tournament Justin Sterk had the controller in-hand and his victory over TB’s eSports gamer Carlos Rueda guaranteed Sterk’s side would be promoted to Division A for next week’s matches. Raul Jimenez bagged a brace – elevating his team-high goal scoring tally to four – and Hirving Lozano registered his first goal of the tournament before Colombia collected a consolation strike moments before the end of the match.

Colombia was an extremely attacking side full of flair unlike Thursday’s European opposition that is more of a gritty and balanced squad. Greece may only be a three-and-a-half-star rating on FIFA20 but the Mediterranean nation trounced Division B’s second-seeded Phoenix Rising FC’s Netherlands squad in their Quarterfinal contest, 7-1, and registered 21 total shots.

Battery defender Rennico Clarke had the Dutch in cruise control and will once again be in charge of his side for Thursday’s fixture against Barahona’s Mexico. Clarke’s Greece had a 4-1 lead at the half and snuck three more second half scores by the opposing goalkeeper to round out the one-sided match. It’s hard to be believe but the Netherlands actually had a 1-0 advantage to open up the game. 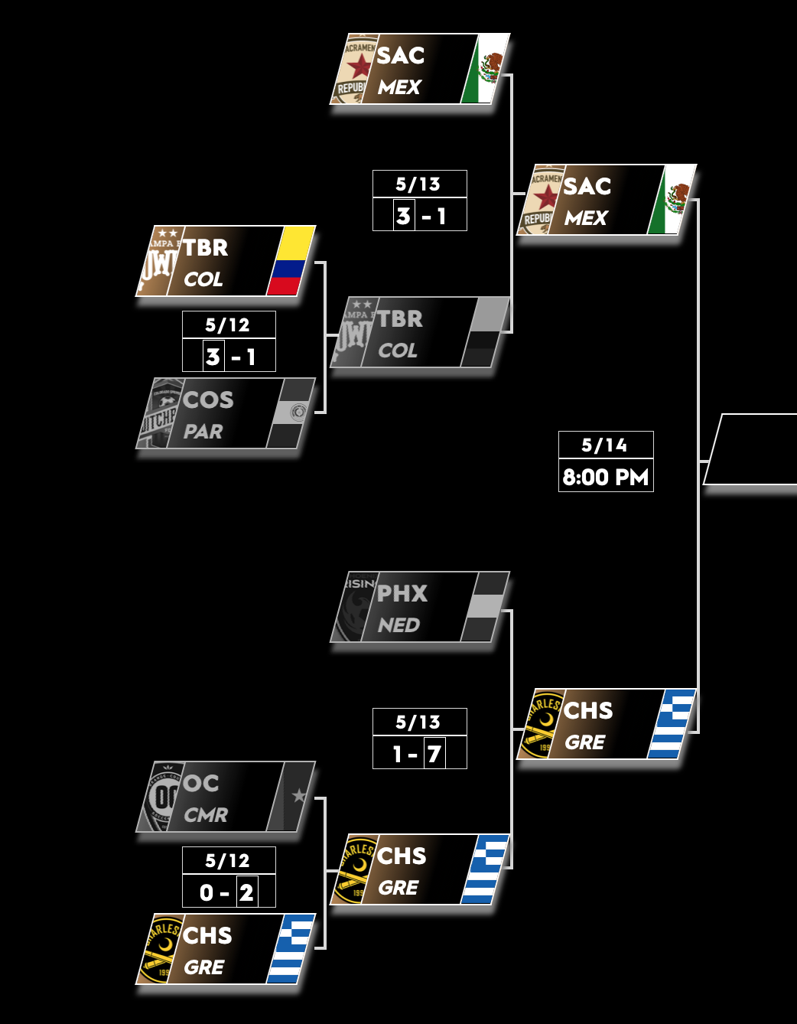 Even though Sacramento has already secured promotion to Division A next week, victory on Thursday means the boys in Old Glory Red will be competing in Division B’s championship match against the winner of New England Revolution II – representing Russia – and El Paso Locomotive FC – playing as Argentina and Lionel Messi.

Regardless of today’s outcome against Charleston's Greece, Sacramento will have another eCup contest later this week with a potential fixture for third taking place at 4:30 p.m. PT tomorrow whereas the Div-B championship match would kick off Friday at 5:30 p.m. PT. 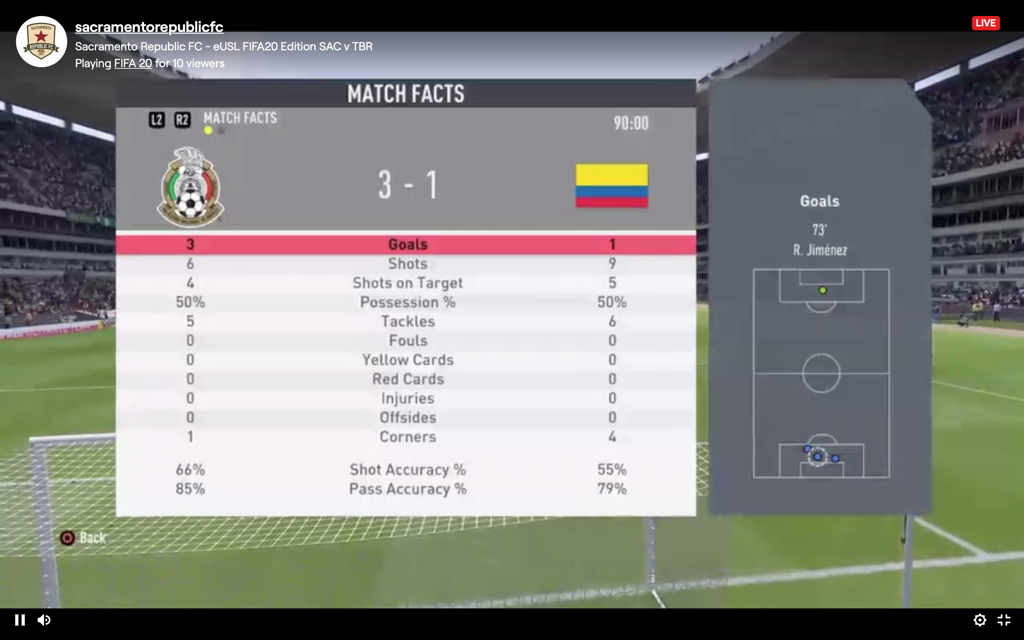 Republic FC fans following the Indomitable Club’s eCup matches have the opportunity to donate to SRFC partner Raley’s Food for Families, the charity the club will be representing throughout the entirety of the tournament. Additional information about the eCup competition can be found on the official USL eCup: FIFA20 Edition page and the full schedule can be found on the eCup Schedule page.