The Indomitable Club set to clash with the Eastern Conference opposition in the inaugural USL eCup FIFA20 Edition Division B Championship match today at 5:30 p.m. PT.

Following Friday’s 3-2 win for the boys in Old Glory Red – competing as the Mexican National Team – over Charleston Battery representing Greece, Sacramento is set to square off against New England Revolution II – playing as Russia – for the Division B title at 5:30p.m. PT today.

Even though Republic FC has already secured promotion to Division A next week, victory in the championship game – which will be streaming live on the club’s Twitch stream, twitch.tv/SacramentoRepublicFC/ – grants the Indomitable Club 500 points in the overall league standings. The club that finishes the five-week competition with the most cumulative points will be crowned the overall winner of the USL eCup FIFA20 Edition.

Returning to the Playstation 4 controller for today’s championship match for Republic FC is Justin Sterk, winner of the inaugural SRFCxFIFA20 Tournament. Sterk impressed during his debut fixture on Wednesday when he guided El Tri to a 3-1 Quarterfinal triumph over Tampa Bay Rowdies representing Colombia. 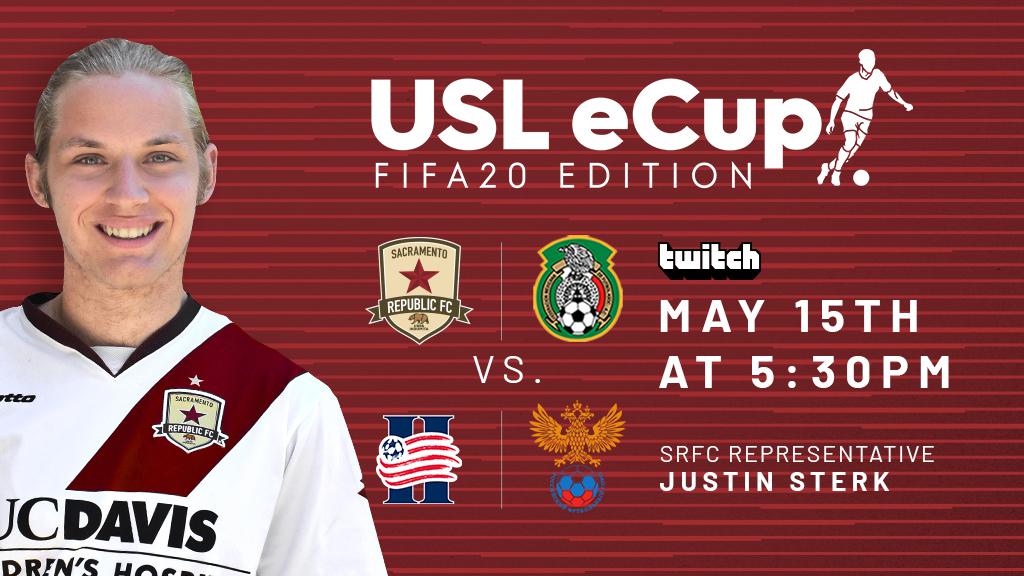 But Sterk has a tall order ahead of him on Friday, as he goes head-to-head against a team that recently knocked out an Argentina-side that was fresh off a seven-goal victory. Russia – a four-star-rating in FIFA20 – stymied the South American juggernaut and managed to contain Messi and company to just one goal over 90 minutes. The match went into extra time where Fedor Smolov snagged the game-winner goal to advance his side into the final.

Russia’s win was the second time in as many games the fixture came down to the wire, as the European nation netted a game-winner against Philadelphia Union II’s Spain in the dying moments of the match. The team has a staunch defense, led by Mario Fernandes, but up top lurks Denis Cheryshev, Alexandr Golovin, the towering Artem Dzyuba and the timeless Yurik Zhirkov – all proven playmakers that have plenty of experience finding the back of the net on both the national and club levels.

Friday’s Semifinal victory for the boys in Old Glory Red, which was broadcast live in Spanish on the club’s Twitch stream for the first time during the virtual competition, featured Republic FC defender Juan Barahona making his eCup debut with the controller in-hand and the LB made an incredibly positive first impression. 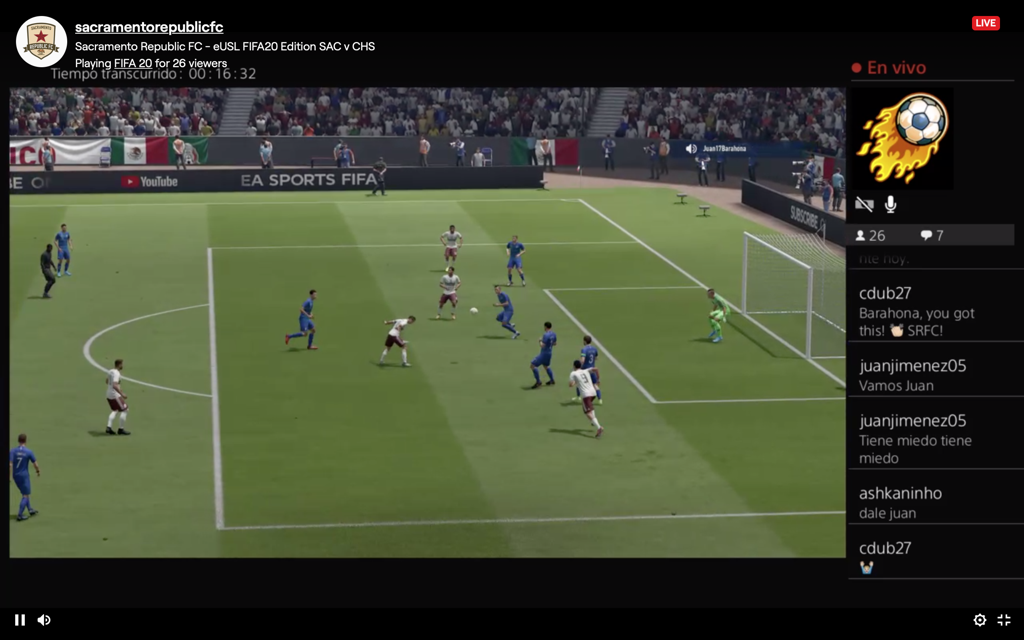 Barahona’s El Tri took a 1-0 lead early in the first when Raul Jimenez scored his team-best fifth goal of the tournament complements of some mesmerizing passing team passing between Jesus Gallardo and Jesus Corona. Mexico made it 2-0 in the 20th minute when Andres Guardado connected with a header that was provided by Hirving Lozano after saving the ball off the end line. Greece got one back before the break, but Corona contributed his first goal of the campaign when he delivered the game-winner in the 63rd minute. Greece scored a second with the final kick of the game to round out the 3-2 win for Mexico.

All supporters enjoying the Indomitable Club’s eCup matches have the opportunity to donate to SRFC partner Raley’s Food for Families, the charity the club will be representing throughout the virtual competition. Additional information about the eCup can be found on the officialUSL eCup: FIFA20 Edition page and the full schedule can be found on the eCup Schedule page.