He’s worn the captain’s armband well over 20 times, holds most of the all-time records in club history for the boys in Old Glory Red, and he’s gifted SRFC fans some of the club's most memorable goals - yet to this day, a resilient Iwasa still feels he has something to prove.

Cameron Iwasa has made an unforgettable mark on his hometown club from his first moments on the pitch.

In only his second league game with the Indomitable Club, Iwasa recorded his first career assist during a dramatic 3-2 win over arch rivals LA Galaxy II and scored his first career goal in the very next game against Portland Timbers II.

Now, the Sacramento native’s name sits at or near the top of most of the Indomitable Club’s offensive statistical categories including goals, appearances and assists. And he’s also no stranger to the league’s leaderboards – currently ranked ninth all-time in league history with 48 goals during league play over the entirety of his USL Championship career.

His accolades are the hallmark of an accomplished player building a remarkable career. But Iwasa wasn’t always chasing down long passes to slam into the back of the net. Standing at the plate and swinging a bat were the origins of his pro sports dreams. 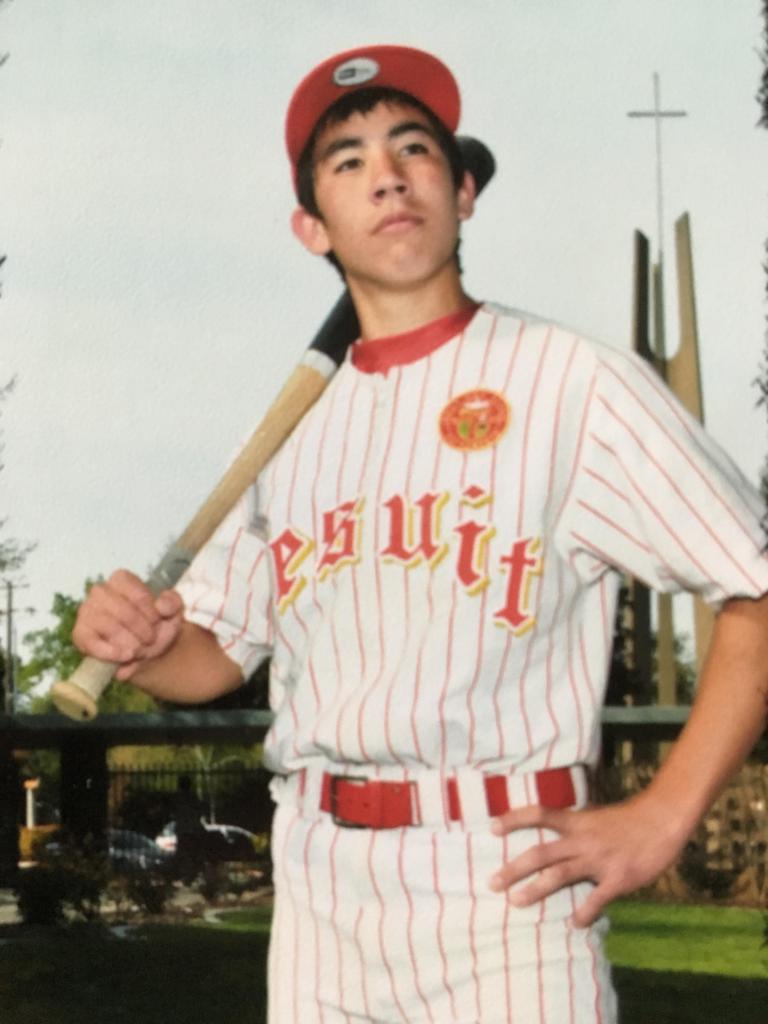 Double Play: Trading in the Bat for the Boots

At Jesuit High School, Iwasa was a two-sport star between baseball and soccer, and the beautiful game surprisingly wasn’t always the game he saw himself playing at the next level.

The forward thoroughly enjoyed playing both sports at the athletic juggernaut Jesuit, but Iwasa was well-aware that splitting his time was putting him at a massive disadvantage when it came to college recruitment.

“I always thought that I going to play baseball. Then sometime in my junior year, things started to shift towards soccer. It’s hard to get recruited out of high school because the kids that were on the academy team were the ones that were getting recruited early. And since I played baseball meant I couldn’t play for the academy team,” Iwasa said. 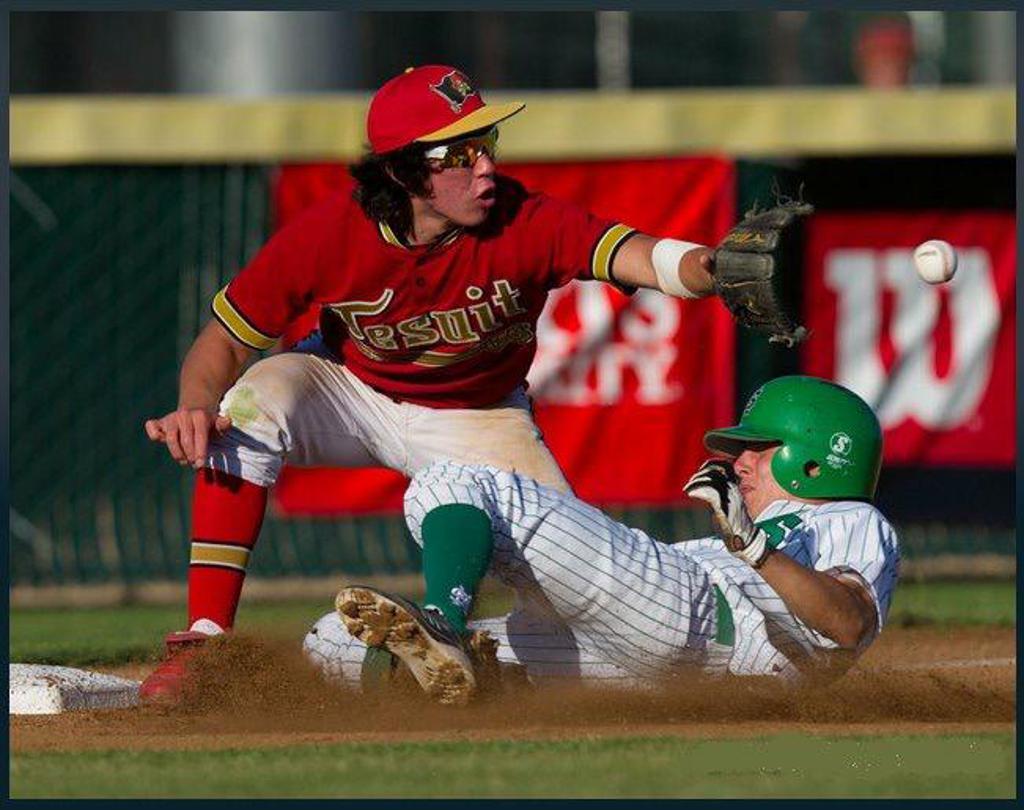 But his time on the soccer field ended up sparking his college career. During a tournament in Southern California, Iwasa’s skills were on full display and his talents happened to catch the eye of one particular Orange County college.

“It was actually at UC Irvine and they saw me play and we kept in contact after that, but it was kind of a freak chance that they saw me.”

“As the years went along, I would say by my junior year, I thought maybe this [playing professionally] is something I could do. After my last game of my senior year – I remember we lost in the Sweet Sixteen – I went back to the hotel and reflected on the year with my teammates. Then my coach called me aside and said ‘hey, this agent is reaching out and wants to represent you.’”

The dream was becoming a reality. Iwasa took the leap, attended the league’s combine and put his best foot forward.

“I felt pretty good about my chances of being drafted,” Iwasa said. “I didn’t know how high or where, but I had a feeling I’d at least get drafted.” 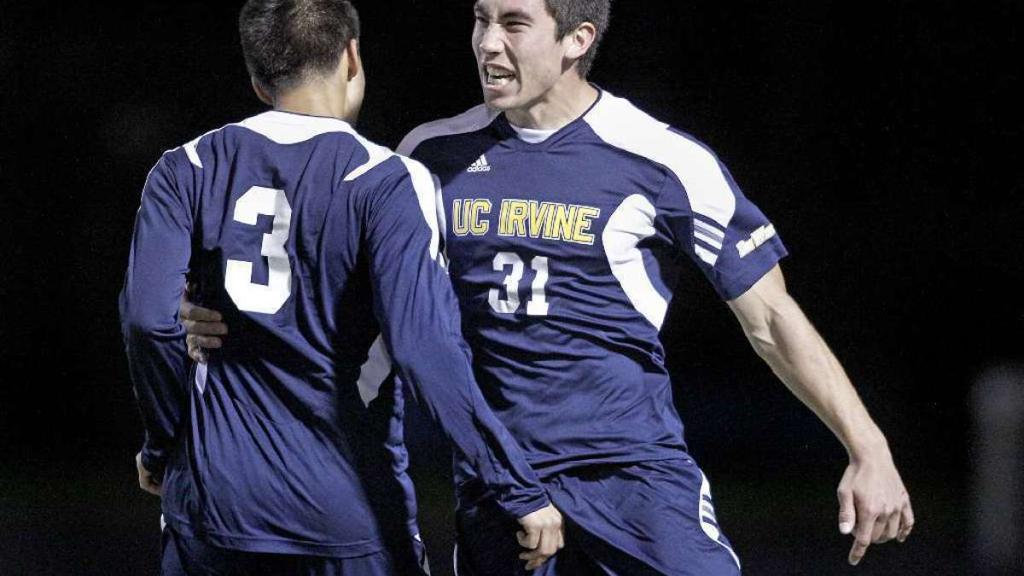 Iwasa’s pro soccer journey began with a fourth-round selection by Montreal Impact in the 2015 MLS SuperDraft. Although he and the club did not reach an agreement, the striker’s path to the pros was far from over.

“I was hoping to go higher but it’s crazy how one day someone just picks your name off a list and literally the next day I was on a flight to Montreal to go to preseason.”

The Canadian club and Iwasa were unable to reach an agreement, so it was back to SoCal for the future Sacramento soccer legend.

“I went back to Irvine because I still had all my stuff there, I didn’t have time to pack it up and move it since it was a day after the draft that I had to fly out.”

Unbeknownst to Iwasa, the next whirlwind experience in finding a clubhouse was just a straight shot from Irvine up the I-405 to Carson.

“Galaxy II wanted me to come in and train and sign with them. So, I went there and trained for two days and was going to sign but during those two days San Jose called. They flew me out to Arizona, and I trained with them for over a month and then I was really feeling good about that, thought I was going to sign, then two weeks into the regular season they ended up releasing me. The next day I got a call from Republic, went there and I signed,” Iwasa explained.

“I showed up on a Tuesday, signed on Thursday and played in the first game on Saturday, came off the bench. So that whole preseason journey was a wild ride for sure.

Even though Iwasa appeared in his home debut match, the forward was bottom of the pecking order and recognized he was going to have to earn every minute in 2015. His resiliency was to be tested more than ever before, and as history would tell us, he passed with flying colors. 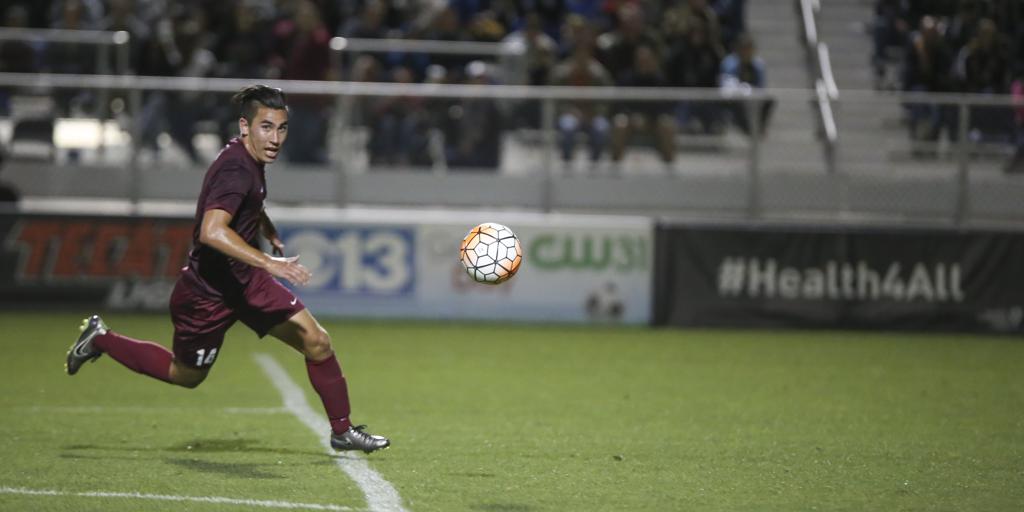 “The first year in Sacramento was tough for me. [Having] Preki as a coach was one of the best things to ever happen to me in my career, because he really turned me around,” Iwasa said. “I think coming out of college and having a long stint with a MLS team and even though I didn’t sign. I kind of came in a little cocky and I came in thinking I was better than I was. He really put me in my place and made me earn it.”

“So, for the first month or so I didn’t really play that much,” he said. “There were a couple of older guys and they’re coming off winning a championship the year before, so it was a bit tough.”

Iwasa earned his time, but an injury setback changed his fortune for the rest of the season. Did that deter his competitive drive in any way? Far from it.

“It was a grind of an offseason, [Republic FC] brought me back and picked up my option, so I thought ‘ok, this is prove it time’. I came back in 2016, during the preseason we had four strikers on the roster,” Iwasa explained. “I just had to grind, and I ended up getting a chance in the first home game of the year, came off the bench and scored a goal. Five or six games into the season, I scored again and ended up moving into the starting lineup and scored a number of goals and started making a little bit of a name for myself.”

It was his first-career game-winner, notching a home opener victory against Arizona United. That strike, only the second goal of his professional career, spawned Iwasa’s 12-goal breakout campaign that caught the eye of MLS-side Sporting Kansas City. 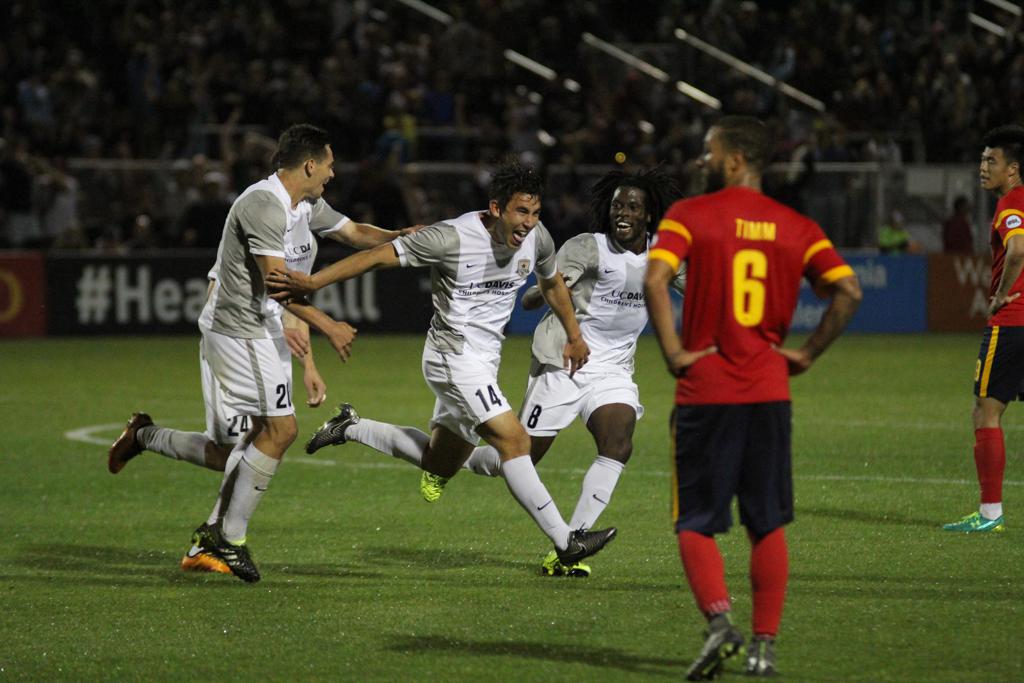 Sporting for a Season then Back to Sac

Sporting lured him to Kansas City but Iwasa became a staple in Swope Park Rangers’ squad, scoring a pair of goals for the midwestern side while on loan with the USL club.

“I really enjoyed my time in Kansas City, a very relaxed town. Sports fans there are phenomenal and it’s a very cool city,” the striker said.

Iwasa’s extremely grateful for the opportunity KC offered, and when the 2017 season came to a close, a handful of new opportunities presented themselves for the forward to evaluate. One of which was the chance to build on the already impressive professional foundation he manufactured during his time back home in California’s Capital City.

“I had a couple different legitimate offers to play for solid USL teams, but it was a similar thought process for me that I had after college,” Iwasa said. “I wanted to play closer to home and obviously being somewhere where I had previous success and the fact that it was my hometown made it an easy decision once again.”

When he returned for a second stint in his hometown, despite an extremely successful 2016 campaign, once again Iwasa wasn’t handed anything on a silver platter and was forced to earn his minutes through a commitment to diligence and a refusal to relinquish his resiliency.

It was a new regime in Sacramento this time around when Iwasa returned home. A new head coach, Simon Elliott, and a new General Manager, Todd Dunivant, welcomed the striker back to California but Iwasa was going to have to impress the bosses before hoping to pick up where he left off on the pitch. 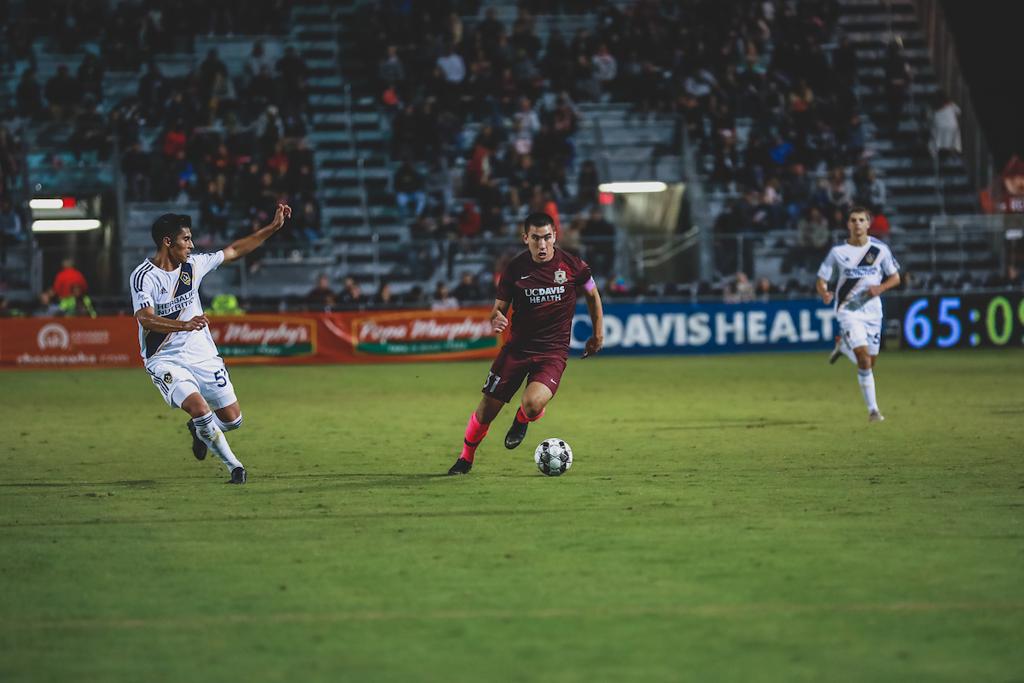 “It’s not like I was coming back to play for someone who knew me, it was all new people that I hadn’t worked with before so from that perspective, I had something to prove,” Iwasa said.

How did Iwasa fair in his first season back in Old Glory Red?

He not only proved himself, he set records. His 17 strikes were a new club record for goals scored during a single season and on August 11, 2018, his goal against RGV Toros FC elevated him to the summit of the Indomitable Club’s all-time goal scoring list.

He didn’t stop there following his sensational first season back in his hometown. Another 17-goal campaign tied the record he set the previous year and in the third game of the regular season, Iwasa collected his first career hat trick and it just so happened to be the fastest one scored in SRFC history – only 27 minutes. 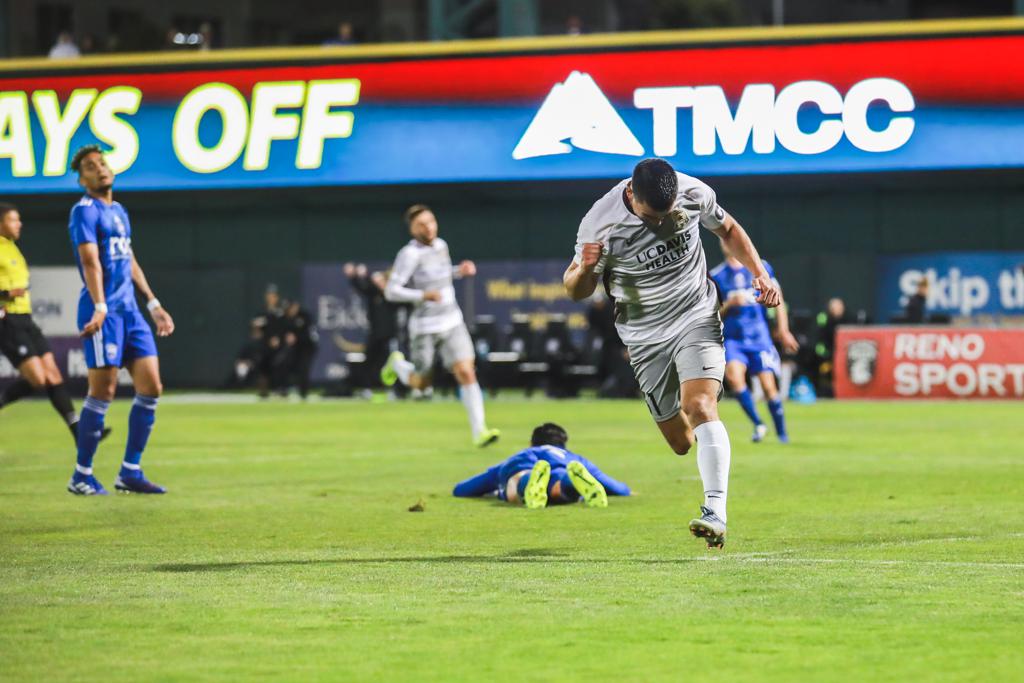 Nobody has scored more goals for the Indomitable Club than Iwasa, nobody has graced the pitch more in an Old Glory Red kit than Iwasa and nobody represents the resilient fighting spirit of Republic FC better than Iwasa.