SRFC’s Complete Guide to the Bundesliga

The first major professional soccer league in Europe returns to action this weekend as all eyes turn to Germany’s top tier.

While it isn’t the same as a night at Papa Murphy’s Park, we know that fans around the globe will be fixated on Germany this coming weekend as the Bundesliga makes its triumphant return to play. To get you ready for this weekend’s fixtures – first kickoffs set for 6:30 a.m. PT – let’s check out what makes the Bundesliga special, including the SRFC connection.

It’s no secret that the Barclay’s English Premier League may be the most watched and richest league in the world, but according to Forbes, the Bundesliga attracts the highest average attendances of any league in world soccer.

German’s top tier of professional soccer – founded in 1963 – features an 18-team league in a promotion/relegation-format with three teams destined to drop at the end of every regular season campaign and is one of the fiercest and most competitive leagues in all of Europe. Over the last decade, four German clubs have competed in the UEFA Champions League Final. 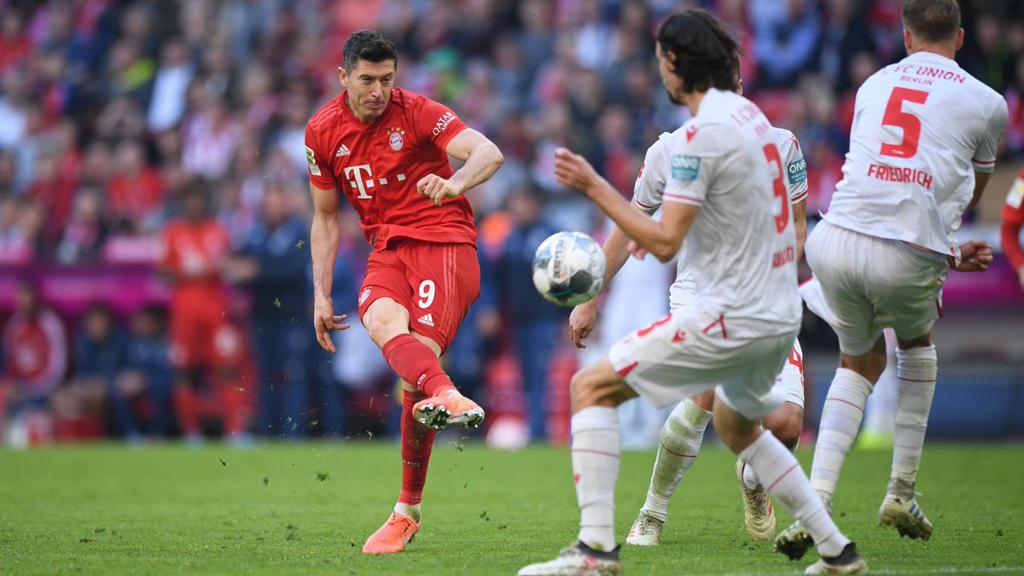 Some of the beautiful game’s most notable names have graced Germany’s topflight in the past and the Bundesliga still features some of soccer’s biggest stars.

Even Republic FC features ties to German football. During Defender Dekel Keinan’s time with Maccabi Haifa, he took to the field twice against action against Bayern Munich in Champions League action. Winger Villyan Bijev also graced the German soccer pitch when he joined Fortuna Dusseldorf on-loan from Liverpool FC during the 2011-2012 season. And Republic FC goalkeeper coach Romuald Peiser played in Germany for Bayer Leverkusen II after rising through Paris Saint-Germain’s youth system. Peiser made over 70 appearances for the German club before continuing his impressive professional soccer journey.

Bundesliga has no shortage of the game’s greats and players on the rise. Perhaps there’s no true striker more lethal in the global game than Bayern Munich’s Robert Lewandowski. The Polish forward has bagged over 150 goals for his Bavarian club and doesn’t appear to be slowing down any time soon.

And young stars are beginning to shine in the league. Dortmund’s Jadon Sancho joined from Manchester City last season while Erling Braut Haaland only signed with the club a few months ago and in the short time both youngsters have been with the clubs. Keep a watchful eye on Leverkusen’s Kai Havertz and Bayern’s Alphonso Davies– two players whose names are at the top of the European acquisition rumor mill. 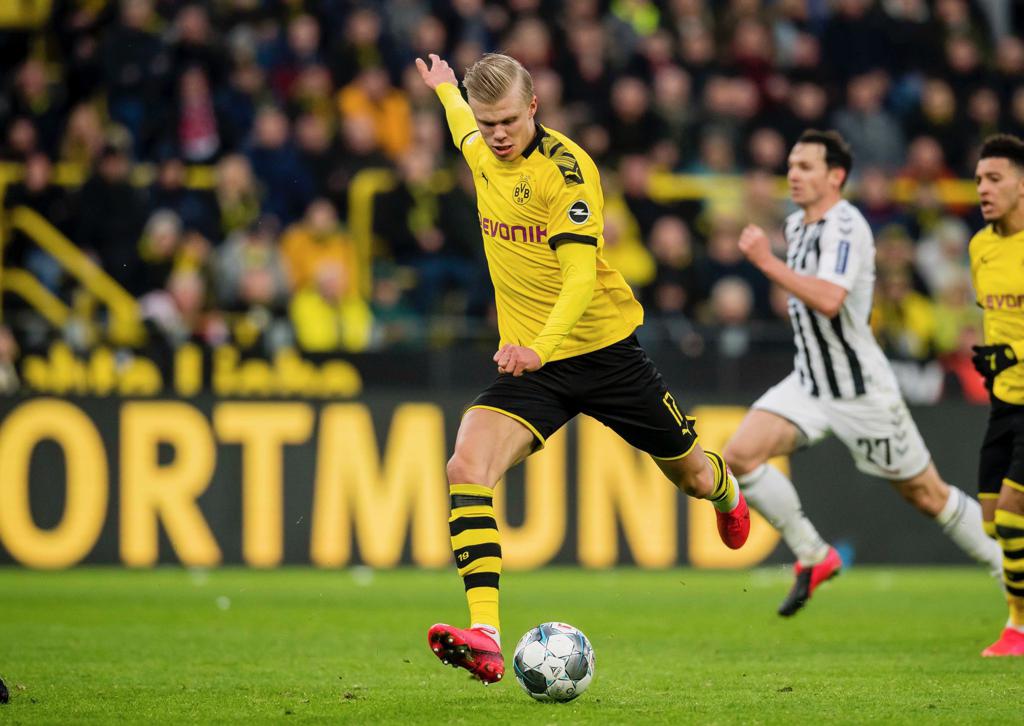 There’s also an opportunity to watch the future of the US Men’s National Team with several stars suiting up for German clubs. USMNT shot-stopper Zack Steffen mans the pipes for Fortuna Dusseldorf, on loan from Manchester City. 21-year-old American prodigy Tyler Adams should see plenty of time for Leipzig. On the attack for Schalke 04 is Weston McKennie, who’s a regular for the club and one rising star that could soon be a Dortmund staple is Giovanni Reyna – son of USMNT legend Claudio.

Lucky for soccer spectators collectively watching from around the world, one of the league’s biggest derbies is set for Saturday when Borussia Dortmund clashes with Schalke 04 in The Revierderby. Separated by about 20 miles, this one is known as ‘the mother of all derbies’ and is one of, if not, the biggest rivalry in Germany. In November of 2017, Dortmund took a 4-0 lead before Schalke stormed back to steal a point following a dramatic 4-4 draw.

And after the match, if you’re itching to talk about it, check out Republic FC’s Let’s Talk Soccer to share your thoughts about anything in the beautiful game!

Learn more about the League

The German giants that have dominated the Bundesliga since its existence has been FC Bayern Munich. The historically successful and illustrious Bavarian club has been crowned German champions 29 times, have been labeled Europe’s best following UEFA Champions League glory on five separate occasions and lifted the Meisterschale– Bundesliga’s coveted trophy – the last seven straight times dating back to the 2012-2013 season. Trailing Munich by four points in the current table with 51 is Borussia Dortmund, the club that boasts the highest average attendance of any club in the world and is home of The Yellow Wall. Draped in the club colors of black and yellow, USMNT standout Christian Pulisic’s former club is also commonly known as die Schwarzgelben– which translates to the black and yellows – and the eight-time domestic champions are famous for creating one of the best atmospheres in all of global soccer.

Hot on Dortmund’s tail is RB Leipzig with 50 points from 25 fixtures. Like Manchester City of England and Paris Saint-Germain in France, Leipzig has stormed onto the European stage rather rapidly over the last few years after fearlessly spending top dollar to acquire top talent. Unlike City and PSG, however, Leipzig have yet to claim a major trophy in the club’s existence. 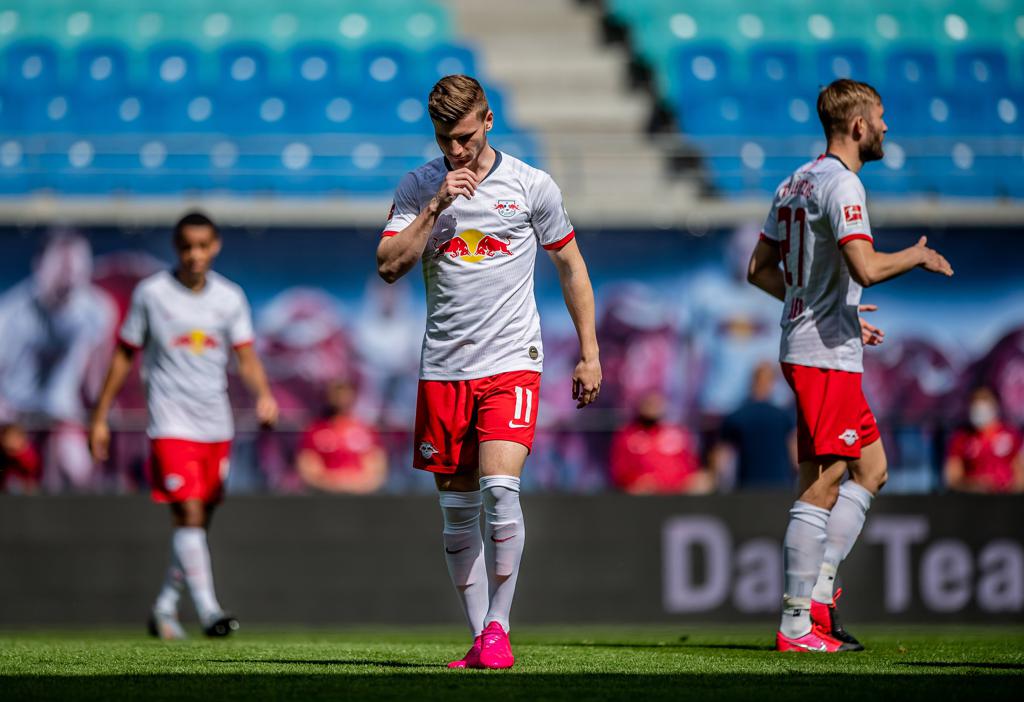 In fourth place is Borussia Monchengladbach, a consistent club with a name that may sound familiar because USMNT skipper Michael Bradley played for the German squad from 2008-2011. Trailing by two points in fifth place is Bayer 04 Leverkusen and commonly teased as ‘Neverkusen’ because of the club’s history of consistently claiming second place. Die Werkself’s last major trophy was the DFB-Pokal in 1992-1993 and have since finished second in the Bundesliga five times.

FC Schalke 04 is rich in history but enduring somewhat of a rebuild. Currently managed by former USMNT player David Wagner, the seven-time German champions won all their domestic league titles before 1960. VfL Wolfsburg is just one point behind Schalke but have experienced much more recent success having won a league championship and two trophies in the last decade. SC Freiburg, a club notorious for bouncing between the first and second divisions of German soccer, appears to finally have a mid-table topflight campaign on their hands. A point off Freiburg in the middle of the table is TSG 1899 Hoffenheim who in 2000 was competing in Germany’s fifth tier and after a third place 2017-2018 Bundesliga finish, the German-side competed in the 2018-2019 Champions League for the first time in club history.