The Indomitable Club kicks off Division A play on Tuesday at 6 p.m. PT with defender Ashkanov Apollon in charge of El Tri.

The boys in Old Glory Red – representing the Mexican National Team – are officially in the top division of the inaugural USL eCup FIFA20 competition and 10-seeded El Tri will open play this week against League One’s 7-seeded Union Omaha – competing as Norway.

The league took note of Mexico’s run of positive results last week as SRFC climbed into the top ten of the weekly Power Rankings for the first time during the competition. This was also the second consecutive week the boys in Old Glory Red took a major leap in the rankings, as Republic FC moved from 15th to ninth place this week.

Heading into this week’s round of fixtures, defender Ashkanov Apollon will take control of El Tri for Tuesday’s match against Norway with kickoff set of 6 p.m. PT. The match will be streaming live on the club’s Twitch stream, twitch.tv/SacramentoRepublicFC/, and the winner will face Saint Louis FC’s France in the quarterfinals on Wednesday evening at 6 p.m. PT. 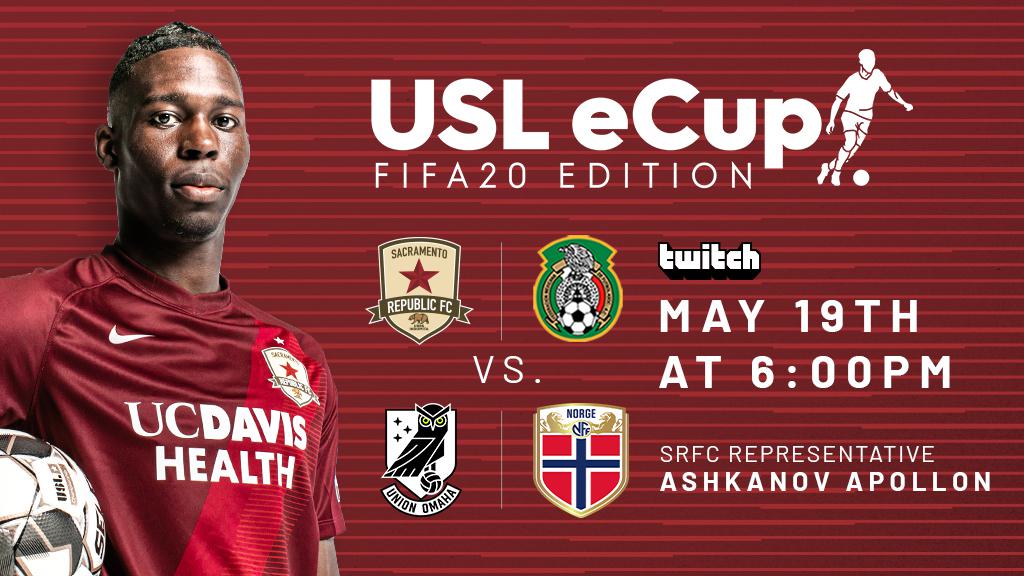 After a solid run during the play-in bracket that culminated with Norway reaching the Quarterfinals before falling to OKC Energy FC’s Portuguese team, the European nation earned a spot in Division A last week and began the campaign with a 4-2 win over Las Vegas Lights FC – representing Uruguay. However, for the second straight quarterfinal contest, Norway was defeated by Cristiano Ronaldo and Portugal – this time, by a 4-1 score line.

Mexico’s defense will be put to the test, as Norway is averaging over two goals per game during the eCup thus far. Leading the Norwegian front lines are Bournemouth striker Joshua King and Borussia Dortmund’s coveted young forward Erling Braut Haaland. The talented, young Haaland is a towering presence at 6-foot-4 and he’s equally as lethal with both feet as he is in the air, dominating the skies.

Republic FC earned promotion to Division A and a shot at Haaland after recording victories in the Quarterfinals and Semifinals last week, however, the Indomitable Club were denied a Division B Championship win after taking an early 1-0 lead before New England Revolution II’s Russian squad scored four unanswered goals to take the match, 4-1. Mexico’s lone goal was scored by forward Raul Jimenez, his team-best sixth of the tournament. 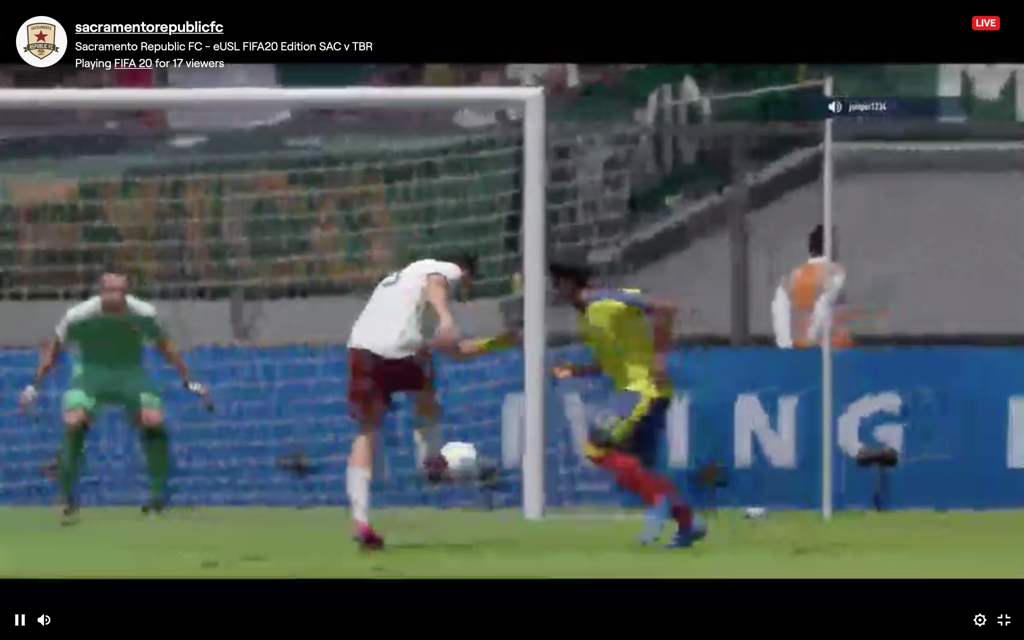 A second-place finish in the second division last week also granted Sacramento 375 points in the overall league standings. The club that finishes the five-week competition with the most cumulative points will be crowned the overall winner of the USL eCup FIFA 20 Edition.

Fans keeping tabs on Republic FC’s eCup matches have the opportunity to donate to club partner Raley’s Food for Families, the charity the Indomitable Club will be representing throughout the tournament. Additional information about the eCup can be found on the official USL eCup: FIFA20 Edition page and the full schedule can be found on the eCup Schedule page.