The Indomitable Club clashes with Charleston Battery for the second time during the USL eCup FIFA20 Edition today at 4:30 p.m. PT.

The boys in Old Glory Red – representing the Mexican National Team – will look to rebound in Friday’s Third Place fixture in Division B with 300 points on the line against Charleston Battery – competing as Greece.

The match against the Eastern Conference club will be streaming live on the club’s Twitch stream, twitch.tv/SacramentoRepublicFC/, with kickoff set for 4:30 p.m. PT. Current SRFC defender Juan Barahona will be on the sticks for Friday’s match. 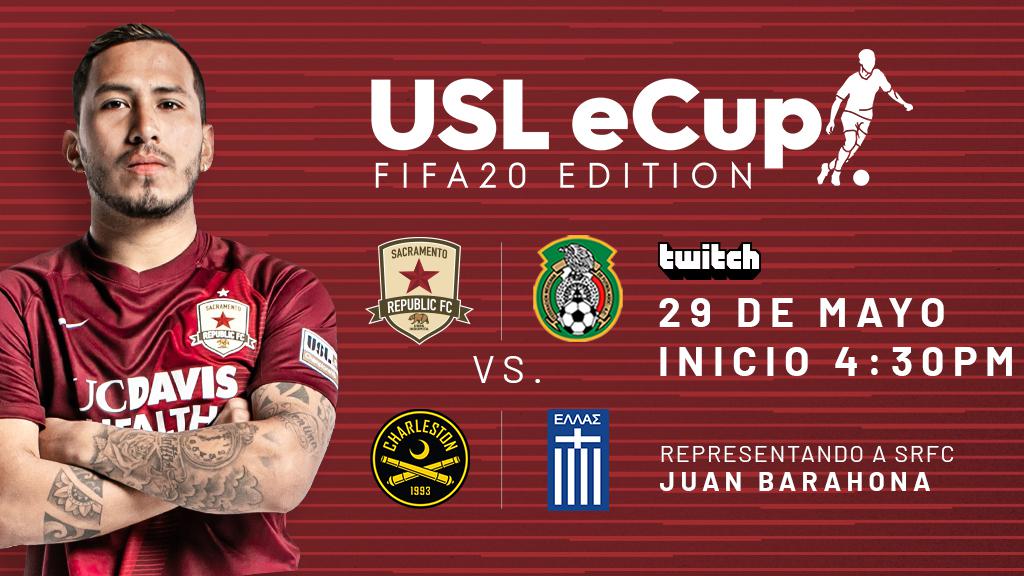 On Thursday, goalkeeper Rafa Diaz was in command of El Tri’s Semifinal showdown against top-seeded El Paso Locomotive FC – playing as Argentina. Diaz and Mexico played the top team tough but in the 77th minute, a Giovani Lo Celso header from close range granted Lionel Messi and company the victory.

The result on Thursday afternoon meant Republic FC was a lock for Friday’s Third Place fixture against Charleston Battery’s Greece, a team that SRFC played and defeated weeks before during the Indomitable Club’s opening Division B campaign. Barahona had the controller in-hand the first time around for his sides’ 3-2 Semifinal win over Greece on May 14 and a brilliant Barahona had Mexico flying on all cylinders.

During the first meeting, goals from Raul Jimenez, Jesus Corona and Andres Guadrado sealed the complete victory for Republic FC and solidified a spot in the Division B finals. Ioannis Fetfatzidis and Dimitris Limnios both netted impressive strikes to keep Greece in the game the last time out and both playmakers will be looking to break through the Mexican back line this afternoon meaning goalkeeper Guillermo Ochoa will need to be on his toes for the second straight match – having made a handful of remarkable saves against Argentina yesterday.

Instead of a trip to the finals this time around, the winner of Friday’s game seizes 300 points in the overall league standings. The club that finishes the five-week competition with the most cumulative points will be crowned the overall winner of the inaugural USL eCup FIFA20 Edition. 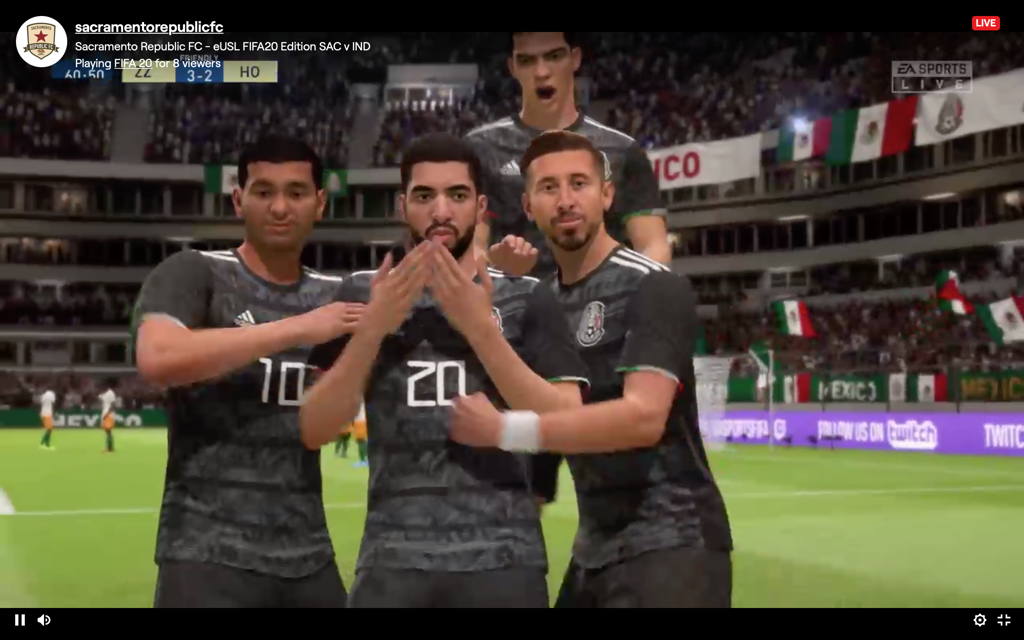 Supporters of the boys in Old Glory Red that have been following SRFC’s eCup matches have the opportunity to donate to club partner Raley’s Food for Families, the charity the Indomitable Club will be representing throughout the virtual competition. Additional information about the eCup can be found on the official USL eCup: FIFA20 Edition page and the full schedule can be found on the eCup Schedule page.