Virtual Pride Week Continues on with Plenty of Inclusive Activities

Pride Month is every June and each year the Sacramento LGBT Community Center hosts Sacramento Pride in celebration of LGBTQ+ activism, diversity, and community. In year’s past, the community was able to come together, and the 2019 march that the Indomitable Club and Tower Bridge Battalion were present for saw more than 20,000 participants come together at Capitol Mall.

This year, the community can’t physically come together, but Sacramento LGBT Community Center Pride Director Jordan Hosein-Hedmann and his team at the Center have done a sensational job of creating a week-long online celebration for everyone to enjoy. 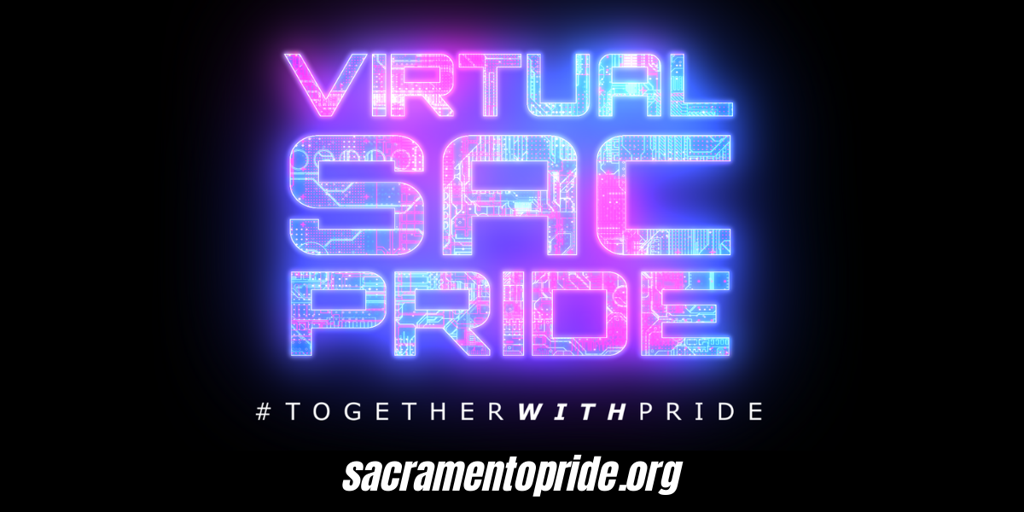 “We’ve tried to incorporate all the same things that we would normally do at Pride Week,” Jordan said during a recent interview. “That includes things that are in the educational realm, how to make change in the community, how to properly protest, how to advocate for yourself. It also goes into our wellness series so we’re going to have different segments called ‘Wellness of the Day’, ranging from yoga to meditation and a workout along with a decorating your home tv-skit to help people Pride-out their homes.”

The week-long action began this past Sunday and builds up to the final day of celebration on Sunday, June 28 that is capped off by a virtual concert with performances by Grammy Award winning artist Mýa and Vincint. The concert, and all virtual events and activities can be found on SacramentoPride.org and a full schedule of all virtual events can be found by visiting the broadcast schedule here.

“Sacramento will also have a Project Pride – like a Project Runway but LGBT focused, and we’ll have seven fashionistas walk and their all going to be minority-led to highlight everything that’s going on,” Jordan said. “Sunday will be a virtual march where people can wave into the camera and give a quick two second click about themselves which will lead into some evening entertainment.”

An emphasis on promoting the minority community members was extremely important to Jordan, as he is the first black pride director in the Sacramento region and mentioned how imperative it is that all segments highlight different minority groups.

“It’s been quite the journey to see everything people protest for come true in our organization and the LGBT Center honored Juneteenth as a holiday as well,” Jordan said. “It’s amazing to see all the progress we’ve made as an organization and as a community too.”

Even with all the incredible work and services the Center provides, Jordan knows there’s still work to be done and having volunteers spread the word of the Center is what helps reach the people who need assistance and assurance the most.

“The impact it has on the community when we get more volunteers is huge,” Jordan told the Indomitable Club. “We know things travel by word of mouth and one person tells another and that way we’re able to provide services to the people who need it the most in the community. That’s also why we’re here talking about it, telling our partners about Sac Pride Week because we might not know who needs that little socialization, even if it’s virtual. While they’re at home, they just want to engage with their community and word of mouth spreads everything so one more person is maybe 10 more people in a group that can tell more people about the LGBT Center and the services that it gives.”

Once an individual finds out about the services offered at the Center, it can be lifechanging. These services can have a direct impact on a local youth, as it certainly did for Jordan.

“When I was 18 when I started coming to the LGBT Center and there was a coming out program and a q-spot program where kids can come in and do art projects and homework and intermingle with other folks who are also coming out. So the Center is able to provide this service with the funds and donations that come into the Center and one of the things that stuck out for me when I was a youth was we made a brownie and it was the smallest thing ever but when you’re going through the coming out stage, and you see 10 other people around you going through the same thing and being able to relate was groundbreaking and it got me to where I am today.”

Jordan hasn’t been the only one positively impacted after becoming involved in the services offered by the Center. Mercedes Torres and Raven Armour have been leaders in the LGBTQ+ community for a number of years now and their tremendous work has not gone unnoticed as both individuals earned the Indomitable Club’s Pride Scholarship with Mercedes being awarded the honor live during halftime of the most recent edition of Republic Rewind. In partnership with the Sacramento LGBT Center, Republic FC awards a $1,000 scholarship to a local LGBTQ+ leader in the community that is headed off to college this coming fall.

Supporters of the boys in Old Glory Red can donate to the Sacramento LGBT Community Center by doing so here.