Around the Leagues - USL, NWSL, MLS

Now that the United Soccer League Championship is officially in full swing, joining NWSL’s 2020 Challenge Cup and the MLS is Back Tournament, soccer has made its glorious return throughout the country.

Republic FC rounded out the league action over the weekend with a dramatic 1-0 win at home over Reno 1868 FC on Sunday night and took control of the top spot in Group A. The boys in Old Glory Red have another rival lined up for this weekend when SRFC travels to LA Galaxy II on Saturday with kickoff set for 7 p.m. PT. 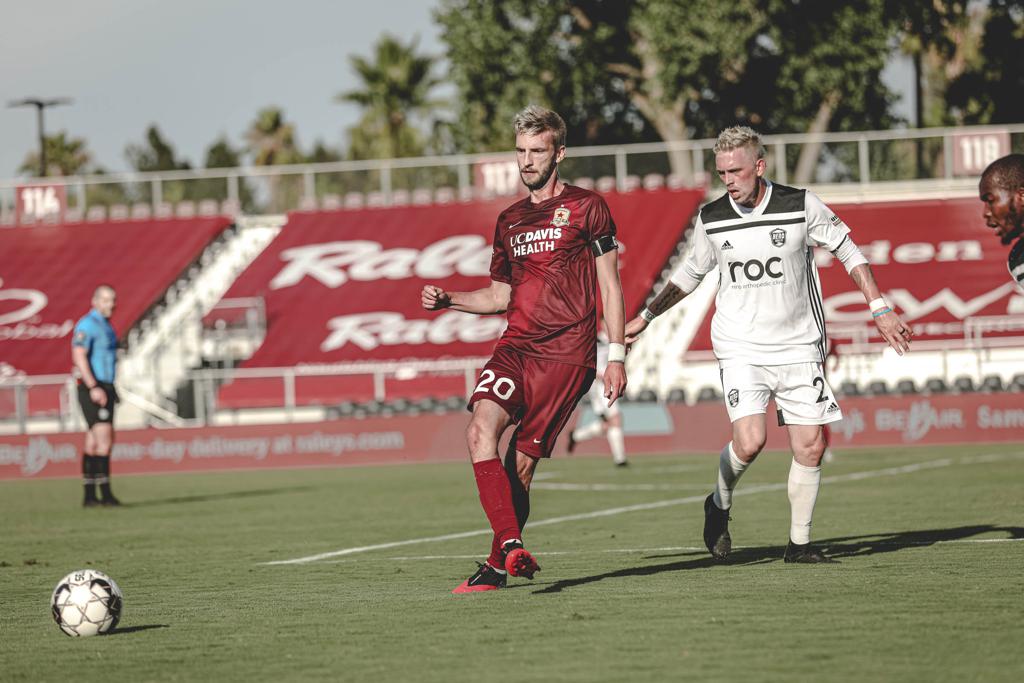 The win was the Indomitable Club’s first-ever win over its regional rivals in Sacramento during a Championship fixture and first win on the 2020 league campaign.

Speaking of firsts, LA Galaxy II clashed with a former standout from its MLS parent-club and USMNT legend, Landon Donovan. The former Galaxy star – now Loyal SC’s Head Coach – had his side playing strong heading into Sunday’s match and were unbeaten in their inaugural Championship campaign before falling to Los Dos over the weekend, 1-0.

Leading up to all the weekend action, Orange County SC hosted Phoenix Risings SC as the two Western Conference Group B heavyweights clashed on Thursday night but the bout ended in a 1-1 draw. But it turned out the Western Conference club that provided the most excitement was Colorado Springs Switchbacks FC after pulling off a come-from-behind win on the road against title-defending Real Monarchs. Down 3-1 in the 89thminute, Switchbacks FC scored twice in the dying minutes to earn an emotional point away from home in Group C action.

Competing with Republic FC for the top spot in Group A is Tacoma Defiance with four points from as many matches and the Pacific Northwest club is now hot on the Indomitable Club’s tail after recording an impressive 3-0 win at home over Portland Timbers 2 on Saturday.

As for the rest of weekend play in the west, OKC Energy FC beat Austin Bold FC in Texas 3-1 and Rio Grande Valley FC Toros and San Antonio FC played out a 1-1 draw as both matches were between Group D clubs.

In notable Eastern Conference action – North Carolina FC scored two second half strikes to avenge a 2-0 deficit and escape Tampa Bay with a 2-2 draw against Rowdies, Pittsburgh Riverhounds SC trounced Philadelphia Union 2 6-0, Memphis 901 FC bagged an equalizer in extra time on the road to Atlanta United 2 to close out a 2-2 result and a Tyler Blackwood second half strike was all it took for Saint Louis FC to sink Louisville City FC in Kentucky, 1-0.

Alongside Republic FC currently at the summit of each of their respective groups in the Western Conference is Risings FC in Group B, El Paso Locomotive FC lead Group C with an unbeaten 1-0-2 record, and OKC Energy FC are the current leaders in Group D but are level on points with San Antonio FC. As for the East, Indy Eleven are a pristine three wins from three games and control Group E, Pittsburgh lead Group F but Hartford Athletic is level on points with Riverhounds SC, Birmingham Legion FC have an early advantage in Group G from just two fixtures and at the front of the pack in Group H is Tampa Bay Rowdies with seven points from three contests.

After a round of Quarterfinal contests that featured a trio of penalty shootouts and a massive upset that saw the favorite in the competition bow out in the elite eight as North Carolina Courage were stunned by Portland Thorns FC, 1-0, the 2020 Challenge Cup is on to the Semifinals starting Wednesday morning.

After a 4-0 record in the group stage, Courage were beaten by Thorns FC who march on to play Houston Dash – a side that advanced 3-2 on penalty kicks against Utah Royals after both sides played out a 0-0 draw. Houston and Portland will go head-to-head in the first of two Semifinals on Wednesday at 9:30 am PT at Rio Tinto Stadium.

Another stalemate that went into PKs over the weekend was Sky Blue FC and Washington Spirit. Sky Blue advanced 4-3 on penalties and will take on Chicago Red Stars, another club that needed penalty kicks to advance in the tournament. After yet another 0-0 draw in the Quarters, Chicago managed to prevail 4-3 over OL Reign, securing a spot in the Semis against Sky Blue on Wednesday night at Rio Tinto Stadium with kickoff set for 7 p.m. PT.

The MLS Bubble in Orlando has experienced explosive and electric derbies, riveting last-gasp game winners, golazos galore in the short two-weeks the competition has been in full swing.

With the group stages well under way, some clubs are already beginning to secure their places in the Round of 16 – which start as early as this weekend – such as Orlando City SC, Toronto FC, Columbus Crew SC and San Jose Earthquakes. There’s even a knockout fixture already set in stone for 7:30 p.m. PT on Saturday, July 25 when Philadelphia Union clash with New England Revolution for a spot in the Quarterfinals.

While teams have already won their groups outright just like Orlando (Group A), San Jose (Group B), Toronto (Group C) and Columbus (Group E) - a few first place finishes are still up for grabs like in Group D where a win for Minnesota United FC will see the Loons leapfrog Sporting Kansas City for the top spot and Group F where LAFC still have a shot at beating out Portland Timbers for first.