The boys in Old Glory Red clash with their SoCal rivals for the first and only time during regular season play in 2020 this Saturday at 7 p.m. PT

Republic FC (1-0-2, 5 pts) are undefeated through three games on the USL Championship regular season campaign and Sunday night’s 1-0 win over regional rival Reno 1868 FC propelled the Indomitable Club to the summit of Group A.

After two consecutive draws at home, the boys in Old Glory Red left it until late to find the game-winner deep into stoppage time when Cameron Iwasa scored from the penalty spot. The goal was his 47th career goal with SRFC and 49th during league play – one away from becoming only the ninth player in Championship history to bag 50 goals. 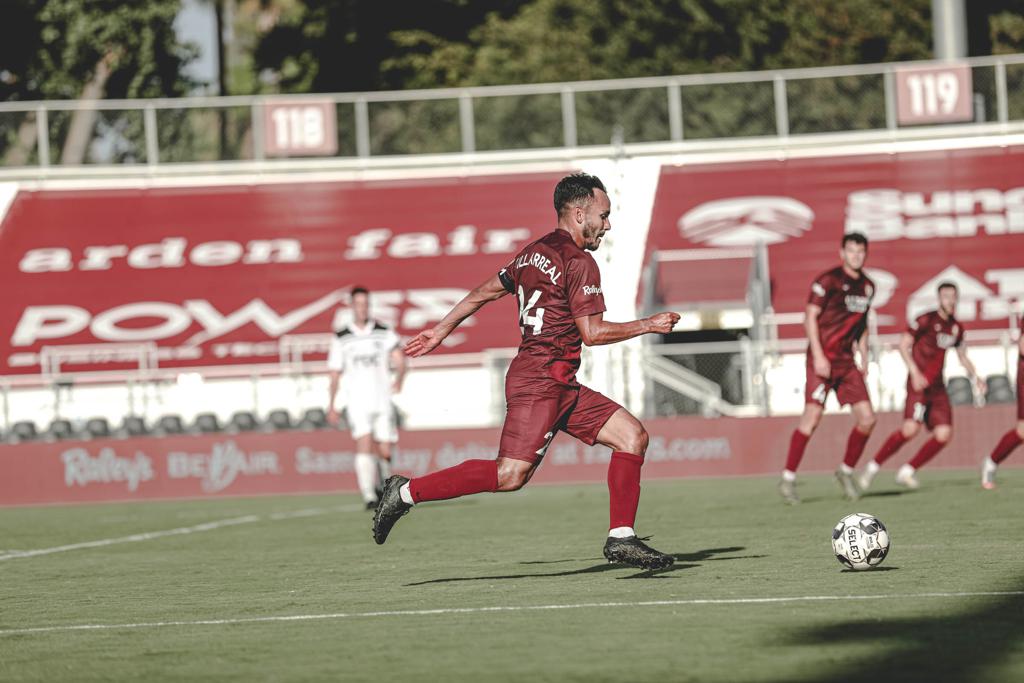 While Iwasa continued to write history in the Republic FC record books, he wasn’t alone. Fellow Sacramento-native Rafael Jauregui made history against Reno when the 15-year-old stepped onto the field in the 89th minute for Dariusz Formella, solidifying his spot as the youngest-ever player in Republic FC history to feature in a first team league match.

The win over Reno was surprisingly the first time in Republic FC history that the Indomitable Club beat 1868 FC in a regular season fixture in Sacramento. The boys in Old Glory Red were previously 0-3-0 against their regional rivals – though they have had success in four of four single-elimination knockout games – but the weekend win not only ended a winless run at home against a rival but also solidified the top spot in the group for the club.

The victory dealt Donovan his first career loss as a coach by way of a second half strike from Jesus Vazquez in SD. Los Dos were looking to bounce back following a 4-0 defeat to current Group B leaders Phoenix Rising FC in Arizona. The road loss to Rising was the first of the season for LA and the match was the club’s first game back since returning to play. 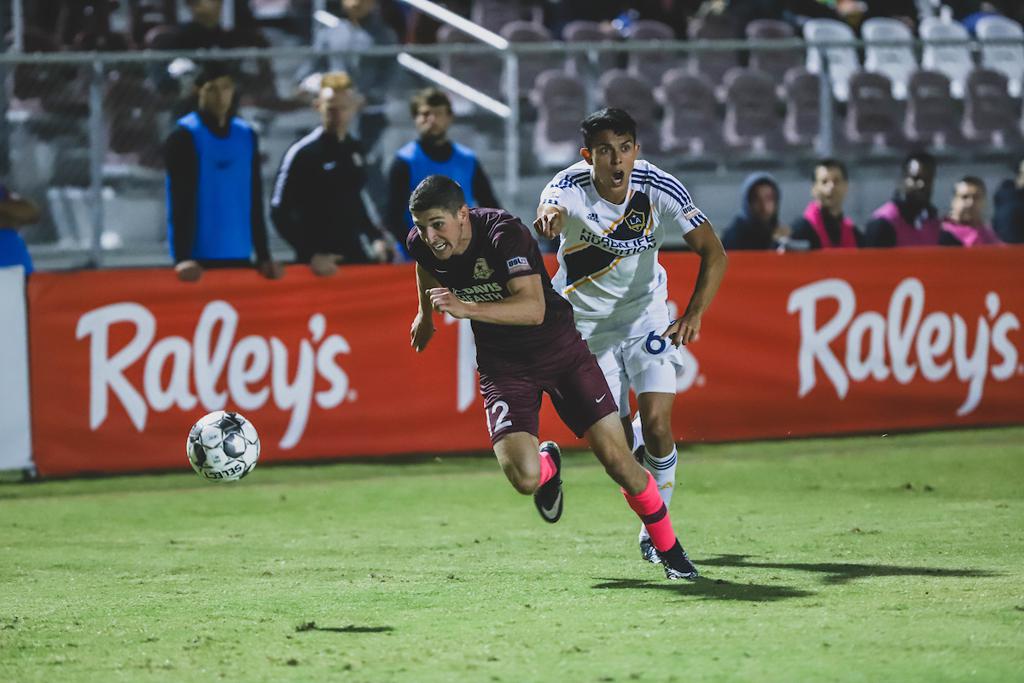 Prior to the regular season hiatus, Los Dos looked to be like one of the league’s superior sides heading into 2020 following a 5-1 thumping of Rio Grande Valley Toros FC in Texas. Los Dos playmaker Kai Koreniuk bagged a brace while Mauricio Cuevas and Cameron Dunbar added a goal and an assist each in the resounding victory.

It’s a rivalry that dates back to 2014 and has seen plenty of memorable moments, most notably the Miracle at Bonney during the Indomitable Club’s inaugural trophy-winning run.

The boys in Old Glory Red control the all-time series with twice as many victories as Los Dos does but perhaps the most impressive stat is Republic FC have won six of nine regular season showdowns in LA against Galaxy II. Los Dos won the last in Carson, which ended an eight-game unbeaten run for SRFC in SoCal against LA. 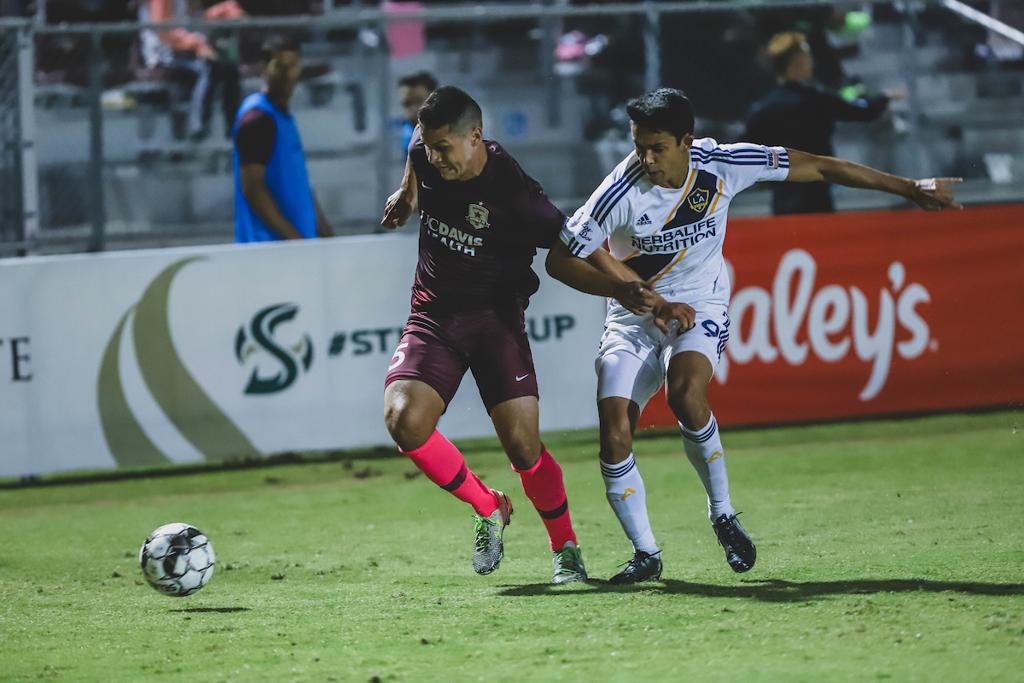 Defender Tomas Hilliard-Arce and midfielder Jaime Villarreal willing be lining up to play against their former club this weekend with Hilliard-Arce returning for the first time since signing with SRFC this offseason. The defender was drafted second overall in 2018 by MLS-side LA Galaxy before playing 26 games with Los Dos last season. Villarreal rose through the ranks of the LA Galaxy Academy system before earning seven starts with the MLS club prior to joining SRFC in 2018.

Watch the match with fellow Republic FC supporters during the Virtual Watch Party simulcast during the contest. Thirty minutes before kickoff, Live from the Pitch with Connor Sutton – the club’s new pregame show on Facebook – will give fans a new matchday perspective with interviews, Q&A with club insiders, and live look-ins to warm-ups.

During the match, fans can join the club’s virtual watch party simulcast where they can interact with other fans, participate in games and contests, and be features in the club’s match telecast while cheering for the boys in Old Glory Red. Fans are encouraged to wear Republic FC gear and have cameras and sound on.

To join a watch party, fans can RSVP at SacRepublic.com/virtual-watch-parties.