Around the Leagues – USL, MLS, NWSL

All the action in the top tier domestic leagues is heating up with one NWSL club lifting the 2020 Challenge Cup trophy, MLS is Back Tournament is in the thick of its knockout stages and the USL continues to provide plenty of drama on the pitch

Republic FC’s first road trip of the 2020 USL Championship regular season wasn’t the result Mark Briggs’ men were looking for, but the squad has the opportunity to bounce back this Wednesday night at home when Orange County SC visit Papa Murphy’s Park at 8 p.m. PT.

The boys in Old Glory Red fell 1-0 to LA Galaxy II over the weekend, but the Indomitable Club still maintained control of the top spot in Group A. The victory for Los Dos propelled the SoCal club up to second place with nine points in a competitive Western Conference Group B. Newcomers San Diego Loyal SC sit at the summit of the group with 10 points from five matches – most recently posting a 2-1 win over the weekend against Las Vegas Lights FC. 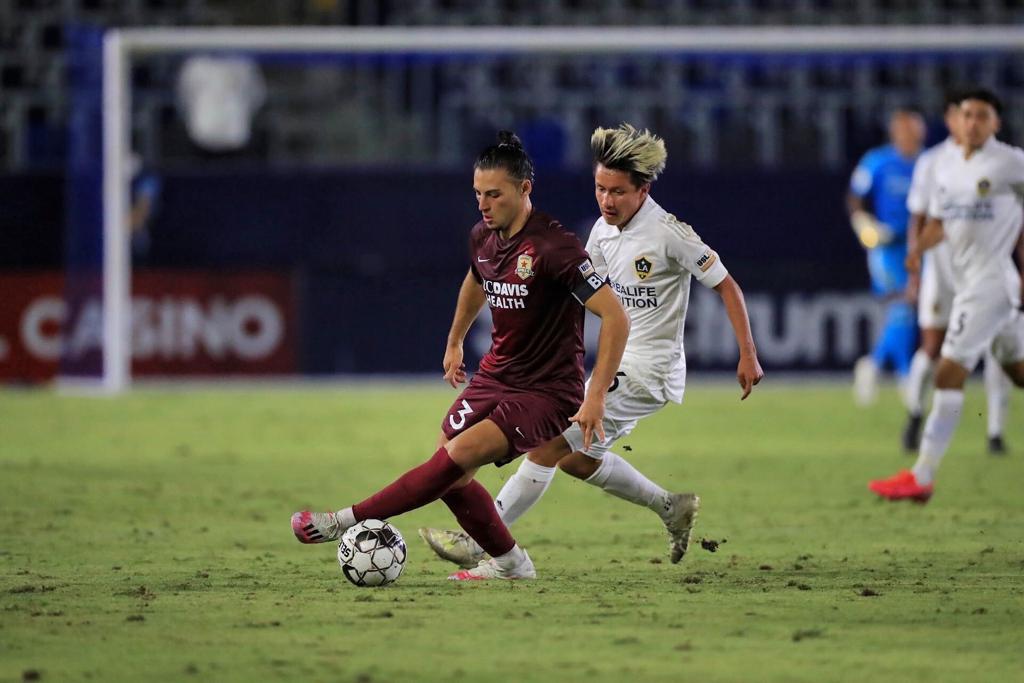 Surprisingly, Phoenix Rising FC sits in third place after a 2019 season that saw the Arizonian club shatter seemingly every team record imaginable. After a 1-1 draw against Orange County SC to resume play, Rising FC were recently downed 1-0 by OCSC in Irvine – Republic FC’s next opponent.

In Sacramento’s group, second place Tacoma Defiance trails the Indomitable Club by one point and does not play again until August 3 against Portland Timbers 2. Reno 1868 FC only has two games under its belt to start the season and have managed three points to currently claim possession of third. Timbers 2 is still looking for its first point of the 2020 campaign and could potentially find it Wednesday night against Reno. 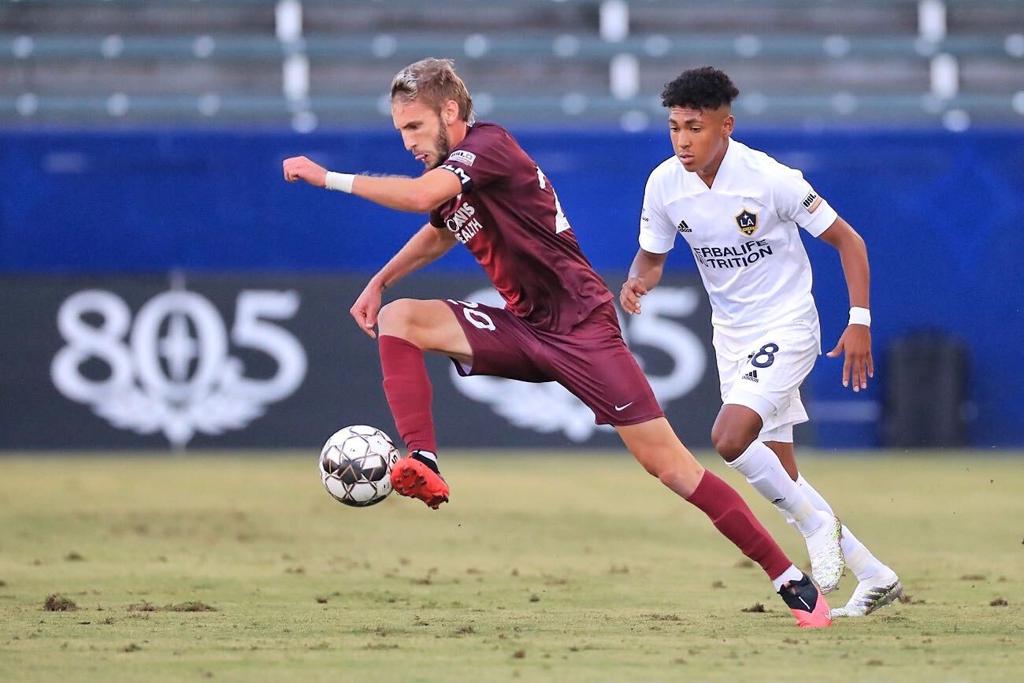 Group C’s first place team New Mexico United has been a force since the restart of the regular season and is unbeaten in its last three – all of which were on the road. The most recent result was a 2-1 win on Friday night against El Paso Locomotive in the Lone Star State.

To round out the rest of the Western Conference, San Antonio FC currently has control of first place in Group D with two wins and one draw from just three matches. The club’s undefeated record was put to the test on Saturday when SAFC survived a 1-0 nail-biter over in-state rival Rio Grande Valley FC Toros.

In the east, Indy Eleven is soaring in Group E with four wins from five fixtures this season. After four straight victories to open the season, a Tyler Blackwood score for Saint Louis FC handed Indy its first loss in 2020 on Sunday. Blackwood’s Saint Louis sits in second place with nine points from four matches.

With three wins from only three games during USL Championship play this year, Hartford Athletic continues to turn heads and is Group F’s current frontrunner. Pittsburgh Riverhounds SC is hot on Hartford’s tail with six points from four games, but the Steel City club has lost its last two straight.

A champion has been crowned as Houston Dash lifted the first team trophy in North American sports since the return to competitive play following the pandemic.

Houston outlasted the sweltering Utah heat – and the top-quality competition in the tournament – to lift the inaugural NWSL Challenge Cup this past Sunday. The 2-0 win over Chicago Red Stars was nationally televised for all to see, much like the tournament’s opening match in late June between Portland Thorns FC and the competition’s early favorites, North Carolina Courage.

In the final, Sophie Schmidt and Shea Groom found the back of the net to return to the city of Houston with Dash’s first piece of silverware in club history.

After weeks of group play in Orlando, the knockout stages are in fully swing with some teams already packing their bags following defeats in the Round of 16.

By Wednesday morning, all of the Quarterfinal matchups will be set with only two Round of 16 games remaining to be played out on Tuesday evening with the winner of Portland Timbers and FC Cincinnati set to play NYCFC later this week. Whoever prevails between Columbus Crew SC and Minnesota United gets San Jose Earthquakes on Saturday night.

After Philadelphia Union snuck by New England Revolution, 1-0, the Pennsylvanian club solidified a matchup in the Quarters against Sporting Kansas City II who survived Vancouver Whitecaps in a penalty shootout, 3-1, after playing out a scoreless draw.

On Friday, the hosts Orlando City SC will go head-to-head with high-flying LAFC after the Floridian club found a 60thminute strike from Tesho Akindele to advance past head coach Thierry Henry’s Montreal Impact. LAFC did as the West Coast club always does and had zero trouble finding the back of the net on multiple occasions. A 4-1 win over Seattle Sounders FC in the Round of 16 saw Diego Rossi bag a brace but LAFC’s playmaker was unlucky not to score more – yet Rossi still leads the tournament in goals with six.

NYCFC is waiting to see who its next opponent will be after hitting three past Toronto FC for a 3-1 win on Sunday. San Jose is also anxiously awaiting to see who the Quakes will clash with on Saturday, after the Bay Area side slammed five by Real Salt Lake to complete a 5-2 thumping.