Republic FC’s On Target Fundraiser to Donate Up $4,000 During Remaining Home Games to Local Non-Profits

Sacramento, Calif. – Republic FC announced a new program to support local non-profit organizations that are unable to host events and provide community services, and have their 2020 plans upended by the global pandemic. 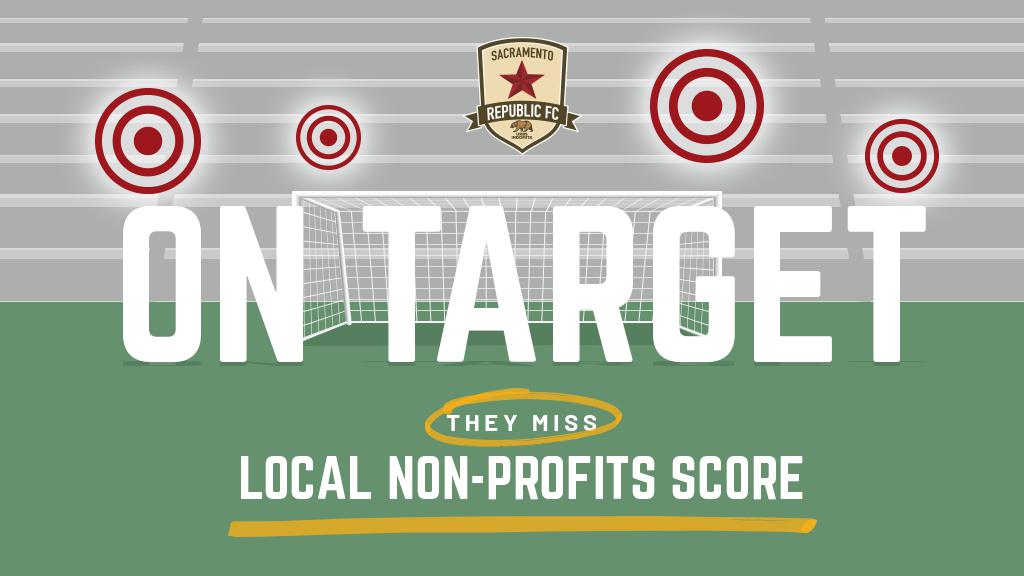 On Target will provide non-profits an opportunity to win money during Republic FC home games, as well as provide highlight their community work through the club’s social media channels and game broadcasts. Beginning this Saturday, and at every home match to follow, Republic FC will have $4,000 on the line, as four targets will be set up behind the home goal. When an opponent’s shot misses, smashing a target, the club will make a $500 donation to a non-profit organization that invest in social justice, racial equality, family investment, and youth development.

“The work that this region’s indomitable non-profits do throughout our community provide the much-needed resources to make this a better place for all,” said Republic FC President and COO Ben Gumpert. “We hope that people will tune in weekly to learn more about and support the region’s non-profit champions – and watch our opponents spray some shots wide for a great cause.”

Republic FC is Sacramento’s only professional sports team playing matches in Sacramento, and is on pace to reach the playoffs for the seventh consecutive season, having previously reached the playoffs in every year of the club’s existence. With 5 more regular season home games on the line, the club could donate up to $20,000 to local organizations before entering the playoffs.

The first eight non-profits are set for this Saturday’s match – La Familia Counseling Center, Improve Your Tomorrow, Aging Up, Big Brothers Big Sisters of the Greater Sacramento Area, MENTOR California, Greater Sacramento Urban League, Health Education Council and The Center for Fathers and Families. For more information about each organizations and ways to support them beyond On Target is available at SacRepublicFC.com/OnTarget.

Along with On Target, the club’s partnership with Boards For Change will continue with additional one-of-one art selections placed in the North Stands, and new auctions launching. The first phase of artwork auctions has raised nearly $5,000, adding to the over $16,000 raised by Boards For Change’s GoFundMe page. The proceeds of the auctions will benefit Black youth organizations in the greater Sacramento area with a focus on equality, unity, and social change.

On Target will kick off this Saturday, August 22 when Republic FC host Portland Timbers 2 at Papa Murphy’s Park at 8:00 p.m. The match will be broadcast locally on KQCA My58 and Estrella TV Sacramento, as well as streamed on ESPN+.