Since his arrival in 2019, Jordan McCrary has been a mainstay in the Republic FC defense.

The former University of North Carolina Tar Heel has been a formidable force on the backline during each of the club’s four clean sheets this season and McCrary’s tenacious and tough play has helped shape Sacramento’s defense into one of the most uncompromising groups in the USL Championship. 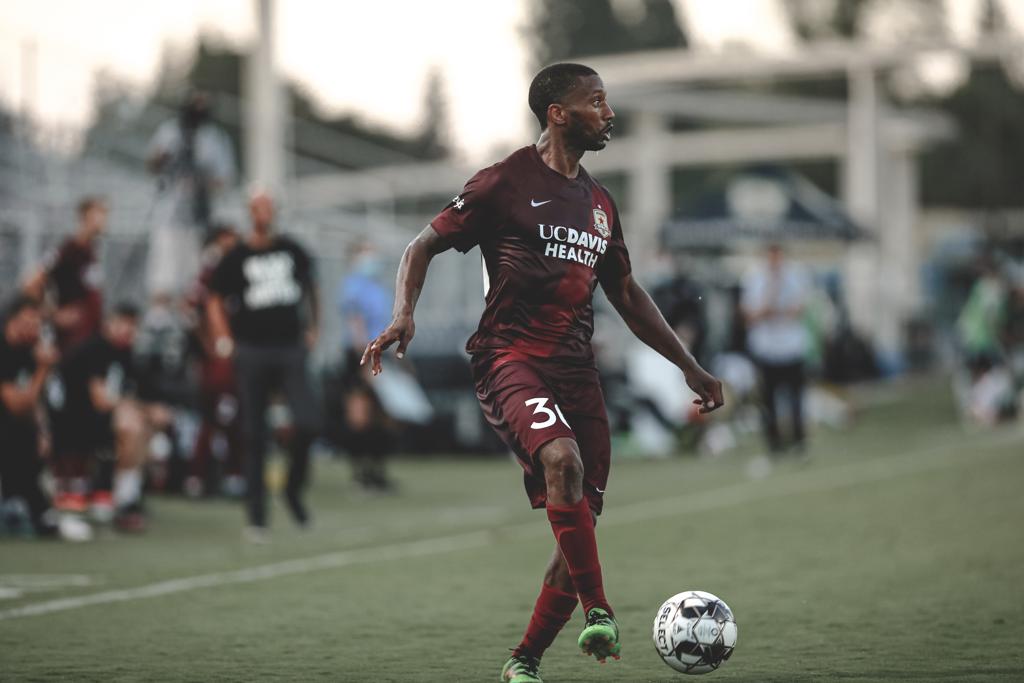 This season alone, the reliable right back leads the team with two assists and 20 interceptions and is also second on the squad in tackles (21), tackles won (13), duels won (47).

He’s been flying all over the field all season, having an impact on both ends of the pitch including creating seven scoring chances on the USL Championship campaign – second most on the team by a defender.

McCrary’s individual success has even been recognized by the league following a 2-1 win on August 22 against Portland Timbers 2 when the defenderearned a spot on the USL Championship Team of the Week for his performance on both fronts including assisting the game winning goal. His stout defensive play helped preserve the club’s fourth straight win and McCrary finished the night having won six of eight duels, recorded two clearances, one interception and led the team with three tackles.

But the right back will be the first to tell you, it’s all about the success of the group that guarantees the results needed to potentially compete in the postseason.

“We got a good group of guys that are all going to work for each other. Bottom line, that’s what you really need,” McCrary said. “And then from there we have a lot of good players. So, whoever is back there [in the back line], we’re making something of it and we’re sticking together to keep as many balls out of the goal as possible and trying to do what we can do to get as many shutouts.”

What McCrary and company have been doing certainly has been working, as Republic FC is just one of four Western Conference clubs that have recorded four or more clean sheets on the season. There’s no one specific thing that has the group playing great, but the defender does recognize one positive characteristic embedded in each of his fellow teammates. 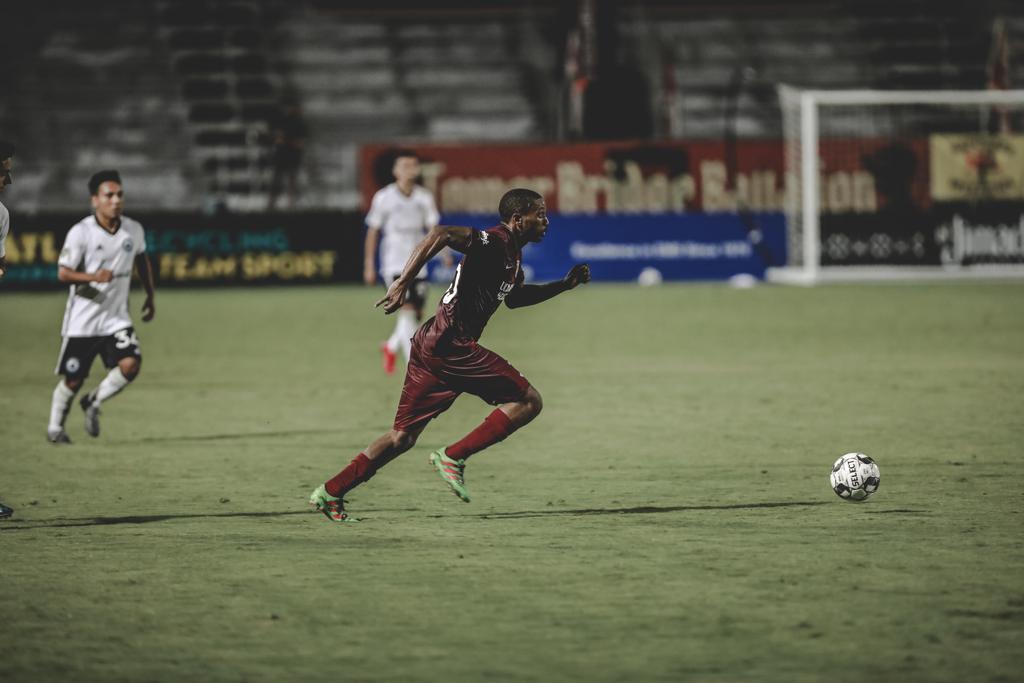 “When it comes down to it, we’re just a bunch of guys that want to compete.”

McCrary’s drive to compete is glaringly apparent in everything he does – offensively and defensively. But that doesn’t mean he’s fully content with what he brings to the table. If anything, he has an endless hunger to refine his game and it’s something that’s constantly on his mind.

The right back joined the Indomitable Club with double digit appearances in Major League Soccer matches during his time with Seattle Sounders FC – but that doesn’t mean McCrary’s experience in the beautiful game deters him from trying to improve his individual one. Specifically, for this season, he wants to be better offensive provider from the flanks.

“The attacking third I think is the main thing [in my game] that I want to become really good at, providing better services into the box and doing it consistently,” McCrary explained. “So that's mainly the one thing I've been trying to focus on is how I could do more in the attack and in the final third because I think I do pretty well throughout the backline and defending-wise and trying to find those first few passes, but I just want to keep building on that and just keep getting better and better and just being more of an offensive presence.”

With his focus on improving along the wings, McCrary’s already notched two assists this campaign – not only is that the most on the team in 2020 but it equals his entire tally from last season. Under Head Coach Mark Briggs’ playing style and overall philosophy, the attacking approach has encouraged McCrary to push upfield  – allowing the experienced RB to thrive. 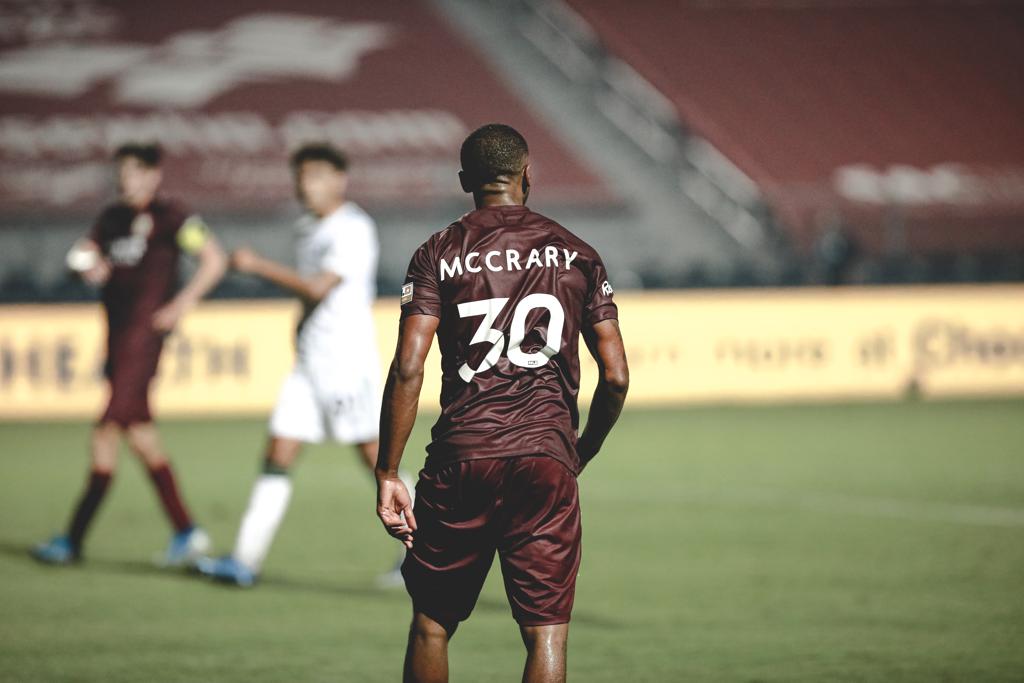 “He’s given me that confidence in myself, he gives us the foundation on which we need to play within the kind of style or formation,” McCrary said. “It’s good that he gave us a platform and knowing where to start, where to gain certain positions, but then from there, it gives you the confidence to be you. So, for me, I love defending so I defend first at outside back and try to attack as much as I can and it's been opening up the space for me to get up and down the line, and then try and be positive with the ball, just trying to create as many opportunities as I can.”

Few teams have done that better than the boys in Old Glory Red who have created a total of 117 scoring chances on the season – an average of almost 12 goal scoring opportunities per game. Even though McCrary’s side is flying high right now, the humble defender is aware there is still work to be done and places on the pitch to improve.

“We take what we did last game and just try and build on that,” he said. “So, it's kind of like with Portland going back and watching those games to kind of figure out okay you mess up on this and trying to fix this. So, then we can knock out those little mistakes and make the game was can go a little bit smoother than the last one.” 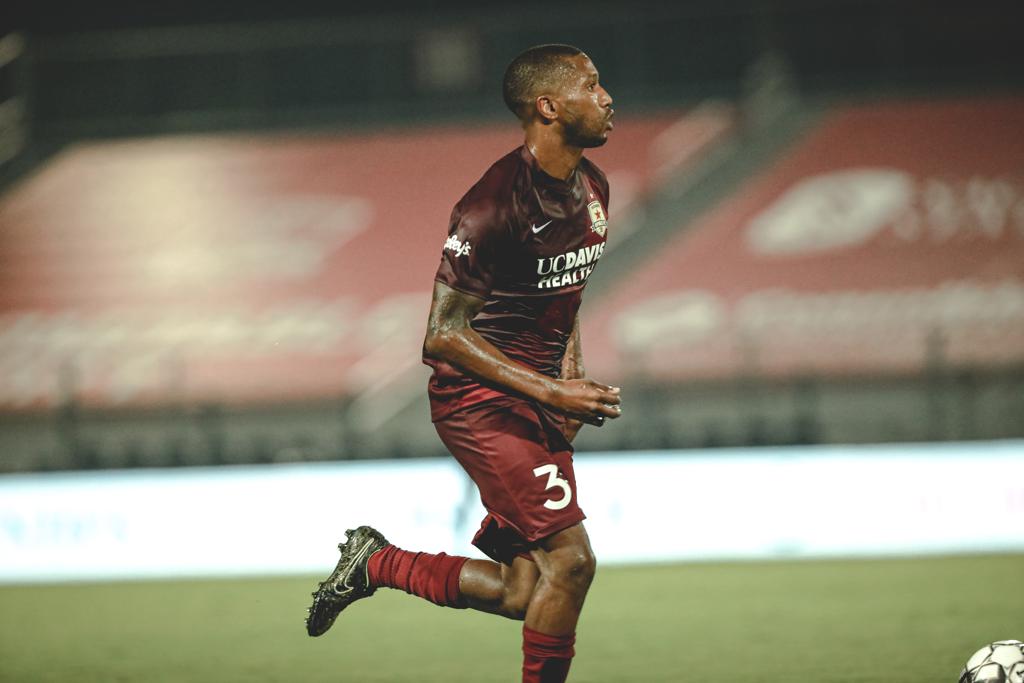 “I think we're motivated. I think that with the success that we've had so far, we’re still finding things we need to do better, so I think we're not there yet, we're still building on that but that's exactly what you need right now. It's only halfway through the year, you don't need to be there yet right now. But as long as you continue to keep pushing and fixing the minor details and make these games smoother so we can close them out better, I think that will help.”

The right back and his side have continued to look sharper and sharper as the season has meandered along and are currently in the midst of a five game winning streak. During the unbeaten run, not once has McCrary and his teammates surrendered more than one goal during a match.