Mahoney Earns Spot on Team of the Week

Matt Mahoney’s defensive contributions and assist leading to last Wednesday’s game-winning goal against Portland Timbers 2, earned the center back his first USL Championship Team of the Week Selection with the boys in Old Glory Red. 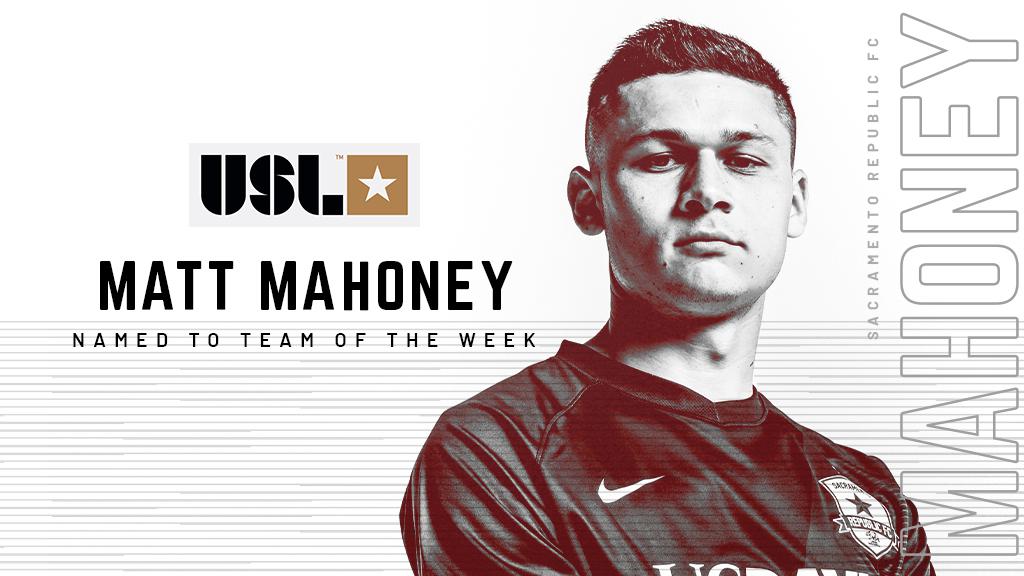 Mahoney – who made his fourth start of the season for the Indomitable Club – picked out Julian Chavez on the wing, whose late heroics secured another three point on the road. The assist was the second of his SRFC career with the first coming against New Mexico United during a 3-0 win on the road in June 2019.

The sturdy CB also registered three tackles against T2, recorded one clearance and tied Hayden Sargis for a team-high three interceptions on the afternoon. His 85 passes and 73 completed passes were also the most on the day for the boys in Old Glory Red.

Mahoney is the Indomitable Club’s eighth Team of the Week selection during the 2020 campaign – fifth to the starting eleven TOTW after Dariusz Formella picked up a pair of honors this season, Ash Apollon being named to his first career selection for Week 8 and Jordan McCrary earning a spot for his Week 9 performance. A trio of SRFC players have been named to the TOTW bench including Juan Barahona (Week 1), Hayden Sargis (Week 7) and Cam Iwasa (Week 8).

Republic FC return home on Wednesday, September 9 for a midweek matchup against in-state rival Orange County SC. The match will be broadcast locally on KQCA My58 and Estrella TV Sacramento, as well as streamed on ESPN+ with kickoff set for 7:30 p.m. PT.