Sacramento, Calif. – Sacramento Republic FC announced today that Matt Glaeser will serve as an assistant coach for the Indomitable Club, continuing the club’s preparation for the 2021 USL Championship season. Per club policy, the terms of the agreement were not disclosed.

“Matt’s technical expertise, opposition scouting and sharp eye for set piece tactics set him apart as a coach and we’re thrilled to have him join our team,”said Republic FC General Manager Todd Dunivant. “He brings a winning pedigree and will be a great resource for all goalkeepers in the club from our academy all the way through to the first team.” 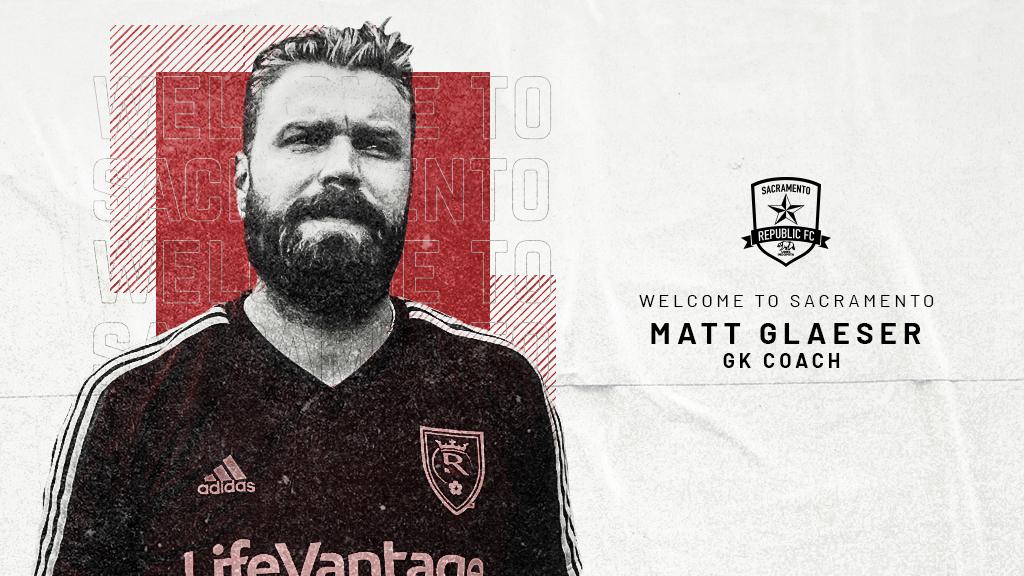 “It’s an honor to join Republic FC and build on the club’s successful foundation,” said Matt Glaeser. “I’m excited to reunite with Mark, and I’m looking forward to joining the staff and team to begin preparing for next season.”

“It’s great to be working with Matt again,” said Republic FC Head Coach Mark Briggs. “He’s a massive addition and to prize him from an MLS staff is a huge get. He instantly improves us.”

The Fredericksburg, Virginia native most recently served in a dual role in the Real Salt Lake organization, as a set piece specialist with the MLS side and an assistant coach on Real Monarchs’ sideline. Real Salt Lake scored 36% of its 2020 goals through set pieces and recycled set pieces, including two game winners. Since 2017, Real Monarchs netted 50 goals from set pieces, including two in the 2019 Championship final.

Before joining Real Monarch, Glaeser served as a Goalkeeper Coach and Community Development Coordinator while remaining an active player for Wilmington Hammerheads, where he united with current Republic FC Head Coach Mark Briggs. In 2015, Glaeser retired from playing to become a full-time assistant for Wilmington, joining Briggs on the sidelines. After two successful seasons, including a 2016 U.S. Open Cup fourth-round appearance, both men joined Real Monarchs for the 2017 season, with Briggs eventually rising to head coach.

In their first season with Real Monarchs, the coaching staff led a historic turnaround, bringing Monarchs from 11thto the top of the table in one season, and winning the regular-season championship with 67 points. Under Glaeser’s coaching, Real Monarchs captured 11 clean sheets and only conceded three or more goals once in league play. He was also a member of the technical staff in 2019 when Real Monarchs claimed the USL Championship title.