Apply by Feb. 19th - Local artists can showcase their work through this collaborative arts project

Earlier this month Republic FC, alongside partner Arden Fair, introduced a new program that invites local artists and fans to help support the club’s vision and share community voice during the 2021 season.

Applications are open until February 19th and local talent can have their shot to design and create vital club initiatives such as Pride month merchandise, commemorative can designs, and celebrations like Hispanic Heritage Month.

In addition to helping the club create unique artistic selections that showcase the region’s creativity throughout the year, artists will be profiled on the club’s website and social media channels, as well as have an opportunity to be showcased through the Arden Fair UnchARTed program.

Republic FC has always supported and promoted local art and artists and through this new avenue, Sacramento’s creativity can shine alongside important mediums. Republic FC will select artists based on various project needs and can be included on matchday posters, decorative can and bottle designs, and official merchandise collections. Chosen artists will assist the club by celebrating the heritage and diversity of the region that they represent.

Most recently, Republic FC worked with Boards For Change to encourage artwork to be put on display during fan-less matches during the 2020 season and transformed a rundown tennis-futsal court hybrid into a resurfaced culturally inclusive court with artwork and design by Marco Estrada.

Focusing on local artwork and highlighting artists has been a focal point for Republic FC for many years going back to Paint the Park Night that beautified the fence scrim around Papa Murphy’s Park by utilizing its partnership with Wide Open Walls and putting work from 50 local artists on display at home matches.

Republic FC’s Block Party celebrating the club’s acceptance into Major League Soccer was headlined by one of the greatest artists to come from the Sacramento area, David Garibaldi, as he performed on-stage to finish off the night’s festivities and putting artwork on display in front of 10,000 fans.

The club has hosted an annual Fan Can artwork competition and has collaborated with artists to create season scarves and fan-favorite apparel. 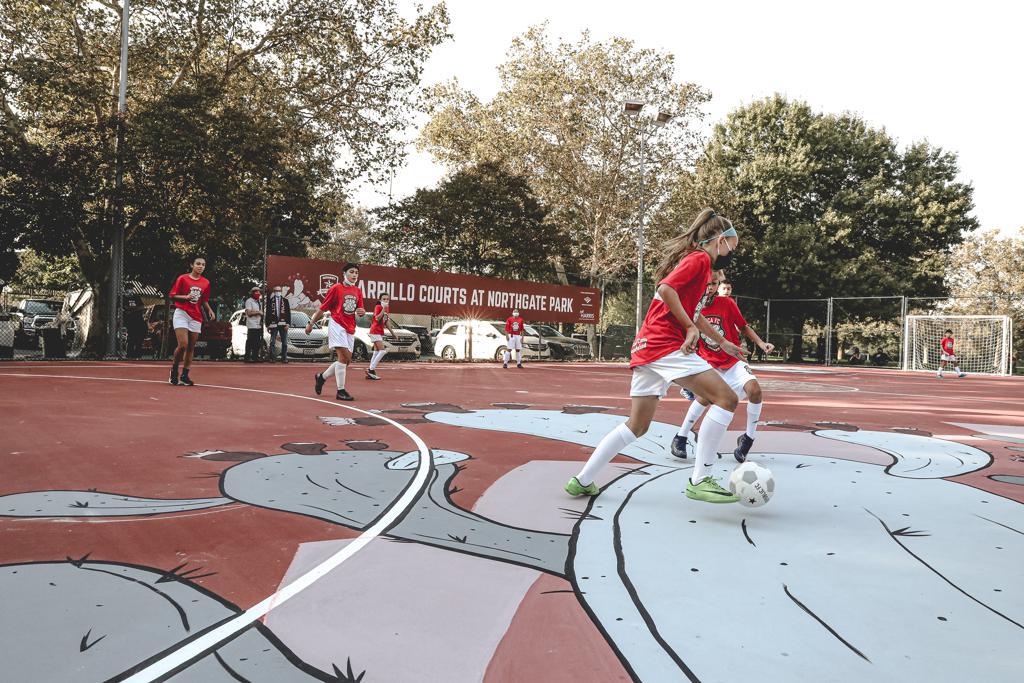 Some of the 2021 season designs will have more Sacramento-included artwork than ever before because it will be envisioned and created by the culturally diverse city that embodies it.

Artists can apply from now until Friday, February 19th to enter and have a chance to include their pieces during Republic FC’s 2021 season.