On Friday, Republic FC owner Kevin Nagle was presented with an Honorary Degree from Sacramento State University. The honor was announced in conjunction with the university’s 2020 commencement ceremony, but delayed due to the postponed ceremonies as a result of the pandemic. 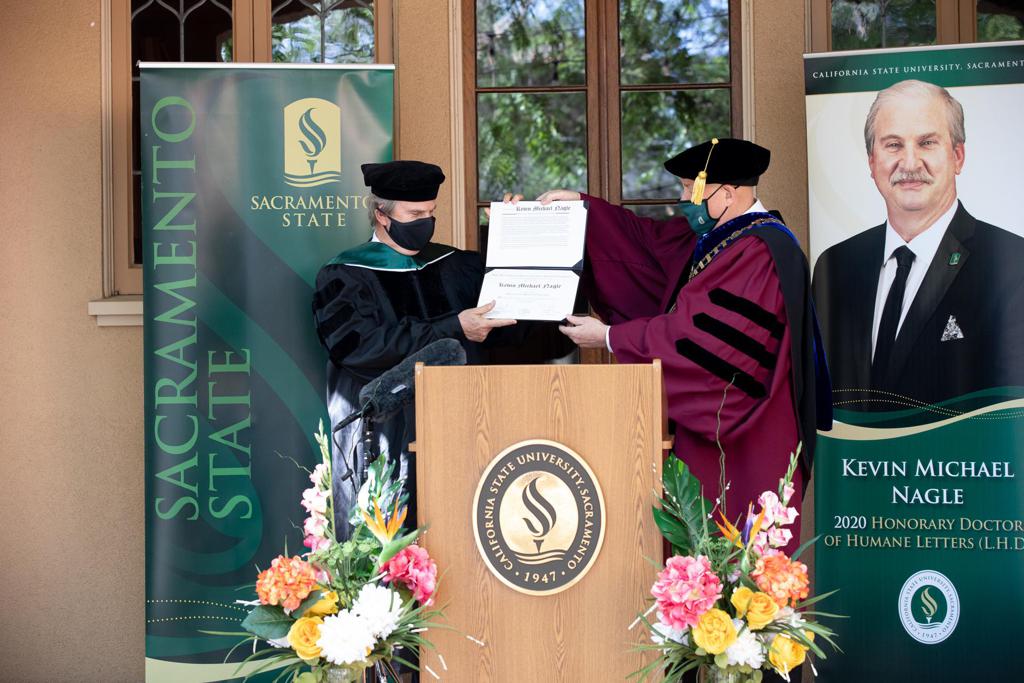 “What an absolute honor. Sacramento State is synonymous with the region I love so much, and the friendships I’ve made there are invaluable to me,” noted Kevin Nagle, chairman & ceo, Republic FC.  “Education is a core passion of mine, and I’m so proud to be associated with them now, and for the rest of my life. Stingers Up!”

Republic FC President & General Manager added, “Kevin is an incredible champion for Sacramento and the region, and this well-deserved honor salutes his indomitable spirit, generous nature, and entrepreneurial accomplishments. On behalf of the entire club, I want to congratulate Kevin and continue to remain excited for his next big effort for Sacramento. “ 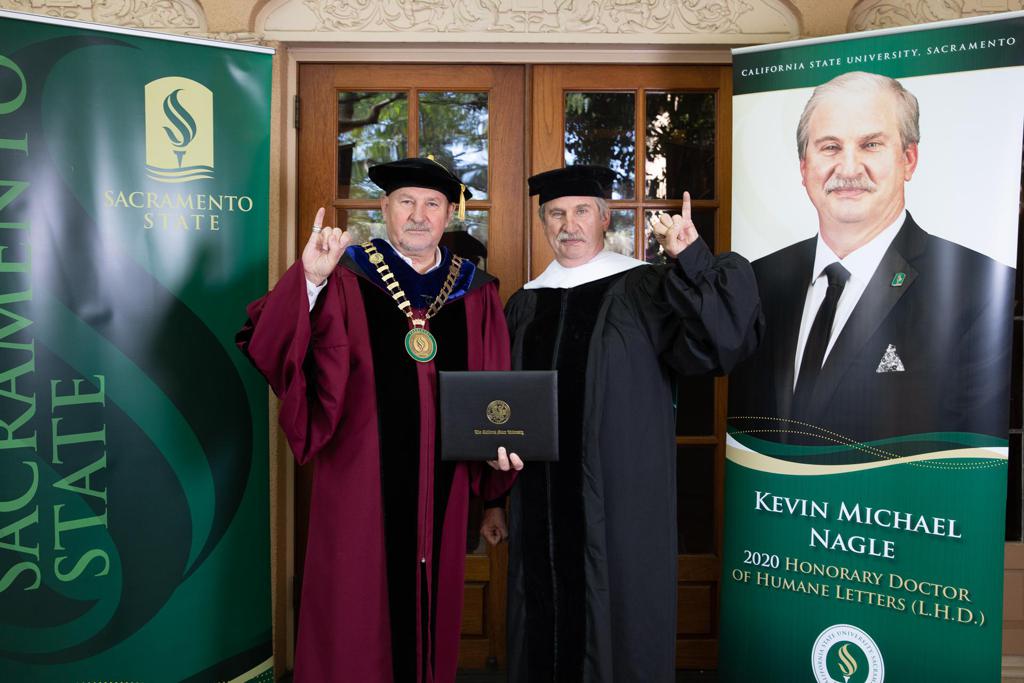