SACRAMENTO, California (April 24, 2021)– Republic FC’s 2021 preseason campaign came to a close in front of 2,300 fans inside Papa Murphy’s Park on Saturday when the boys in Old Glory Red triumphed 2-0 over Real Monarchs.

The shutout was a two-man effort, as Jesus Sanchez stepped in for Rafael Diaz in the second half to help secure the clean sheet.

“I asked them to get a clean sheet before the game, which they did, and we've scored two goals and we've won the game, but there is a lot to work on, there's still a lot to improve on,” Head Coach Mark Briggs said during the postmatch press conference. “A lot of positives but also a lot that we need to work on and focus on but overall a step in the right direction, which is what you're looking for throughout preseason keep making small steps which we have been making.” 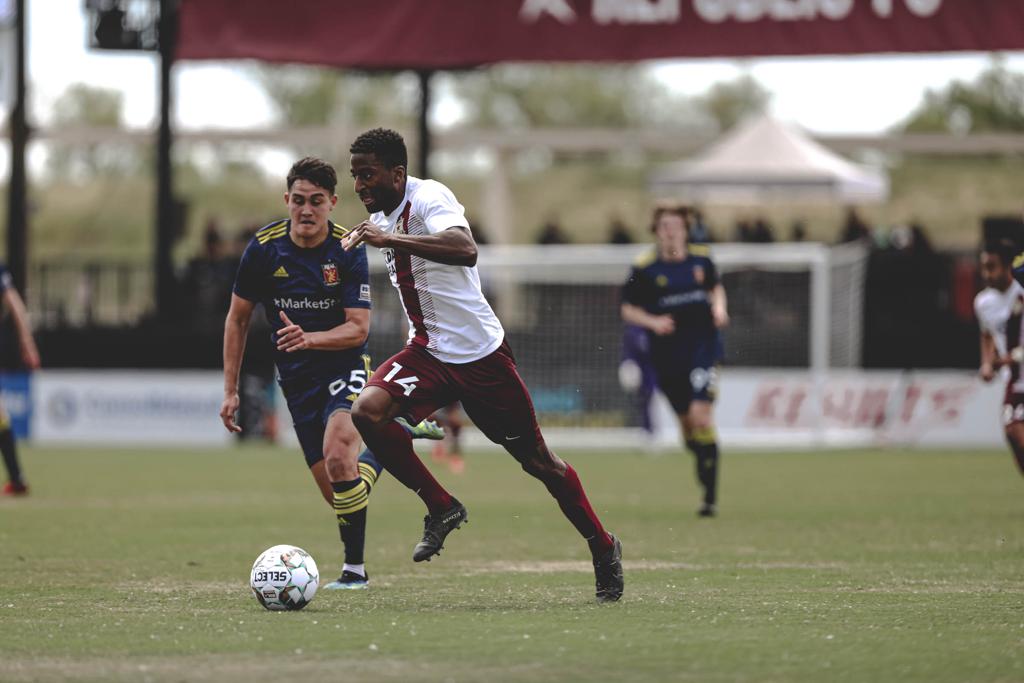 As good as the goalkeepers and defenders were against Monarchs, the high-flying offensive attack was equally as impressive.

In the 16th minute, defender Duke Lacroix whipped a left-footed pass to Cameron Iwasa directly in front of net. The Sacramento-native steered his shot by the visiting goalkeeper – currently listed on Real Salt Lake’s MLS roster – to grant Sacramento an early 1-0 lead. Kharlton Belmar sprung the offensive attack when he delivered an on-target ball to Lacroix who picked out Iwasa in the box.

In the 35th minute, Duke nearly doubled the Indomitable Club’s lead when he fired a low right-footed shot on net that forced the goalkeeper into a diving stop.

The boys in Old Glory Red did well to keep Monarchs off the scoreboard – specifically Rafael Diaz in the 55th minute when Sacramento’s shot-stopper dropped down and made a lightening quick save to deny Monarchs’ Christian Nydegger from finding the back of the net. 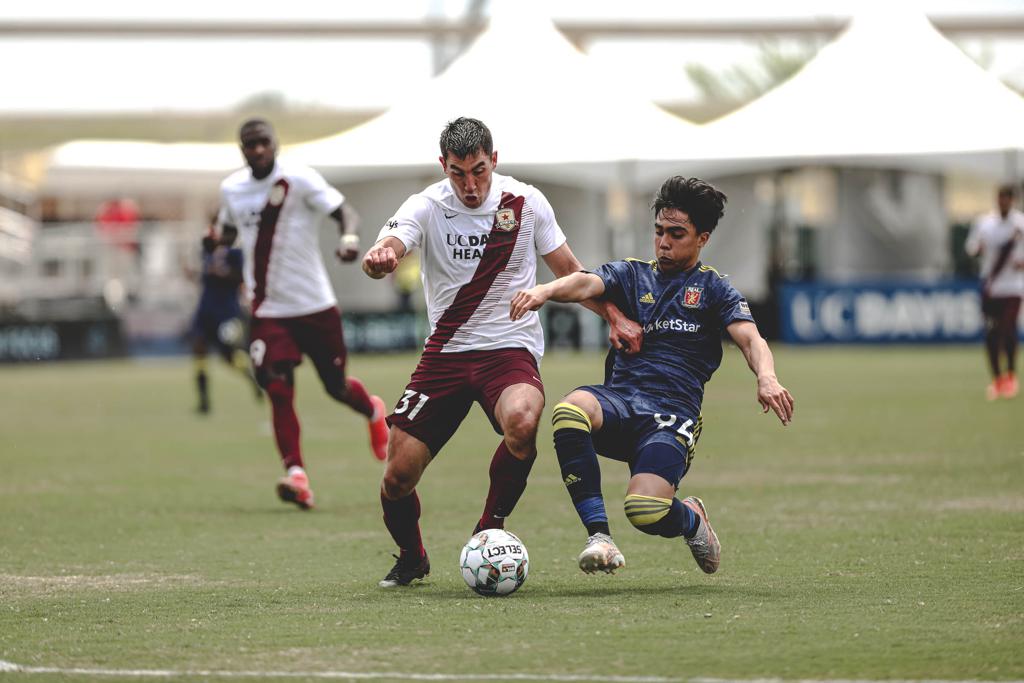 Jesus ‘Chuy’ Sanchez stepped in net for Rafa in the 62nd minute, making his first appearance with the first team since signing a USL Academy contract earlier this week.

In the 81stminute, Republic FC’s leading scorer from 2020 with eight goals – Dariusz Formella – entered the match for Kharlton Belmar to round out Sacramento’s subs on the afternoon.

It didn’t take long for Formella to make a positive impact on the match, as the Polish playmaker picked out an open Iwasa towards the far post and for the second time on Saturday, the forward fired home a close-range effort to double the Indomitable Club’s lead.

The victory was the final match of Republic FC’s preseason schedule and the boys in Old Glory Red certainly went out on a high note.

“But I'm happy with the progress each week. Each week we've trained each game we've played we've progressed. We've got better, so that's the main thing for me. So yeah now it's about getting them rested, recovering from today. And the focus is firmly on LA Galaxy next Friday night.”

The Indomitable Club will open the 2021 USL Championship regular season on Friday against LA Galaxy II in southern California.