Around the Leagues: Mammoth Matches Coming Up

An endless run of glorious games are on the horizon including Portugal’s O Classico, Holland’s De Klassieker and the NWSL Challenge Cup Final

Tucker Bone’s second half strike ultimately proved to be the difference against Los Dos – a team Republic FC will clash with three more times before the 2021 playoffs.

The USL action continued throughout the weekend, as did league play in Major League Soccer with New England Revolution pulling out a 2-1 win over Atlanta United followed by FC Dallas earning all three points by a 4-1 score line over Portland Timbers. The following day, Seattle Sounders FC slammed three goals by LA Galaxy for a 3-0 win in the Pacific Northwest. 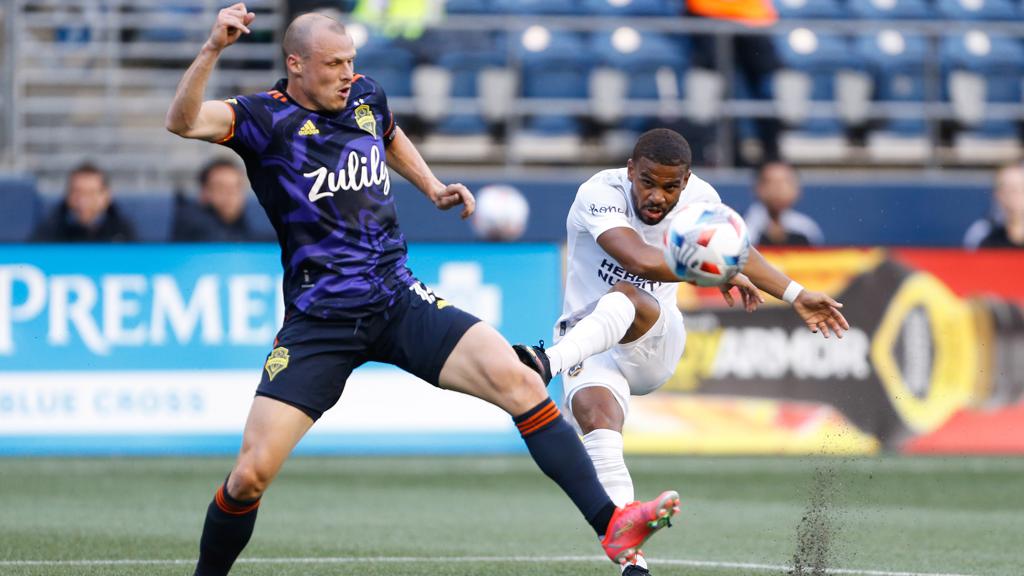 The NWSL Challenge Cup has been an entertaining one since the opening match in early April but the competition is coming to a close with the Final set for this Saturday at 10 a.m. PT when Portland Thorns clash with Gotham FC.

Both sides finished atop their respective groups, combining for a total of five wins from a total of eight matches and never once tasting defeat in each of their matches. Gotham FC’s final match ended in a nil-nil draw against Racing Louisville while Portland Thorns played out a 1-1 draw against Houston Dash with Christine Sinclair netting the equalizer in the 77th minute.

The final match of the NWSL Challenge Cup group stages ended on Monday night with OL Reign picking up a 2-1 road win over Kansas City.

In the Concacaf Champions League play, the second leg of the quarterfinals kickoff on Tuesday night with Philadelphia Union hoping to hold onto its 3-0 aggregate lead over Atlanta United. The other MLS-side competing on Tuesday night is Toronto FC visiting Liga MX’s Cruz Azul and hoping to overcome a 3-1 deficit.

On Wednesday, a pair of additional Concacaf Champions League fixtures are set to play out with Columbus Crew SC traveling to Mexico to take on Monterrey following a 2-2 result in the first leg and Portland Timbers heading to Mexico City in an attempt to break the 1-1 first leg deadlock against Club America. 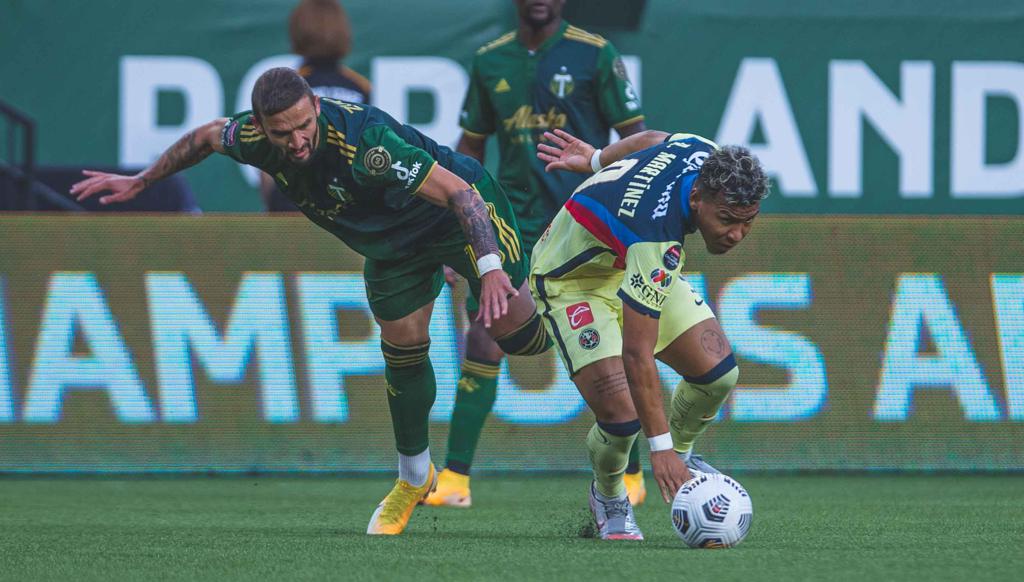 The UEFA Champions League is approaching the second leg of the semifinals with the first match set to kickoff Tuesday afternoon when Manchester City host Paris Saint-Germain with a 2-1 aggregate. If City manages to advance, it will be the Blues first-ever trip to the UCL Final. On Wednesday with the aggregate tied 1-1, Chelsea and Real Madrid have everything to play for when the two European giants meet in West London.

In the UEFA Europa League, both semifinal showdowns will kickoff at the same time on Thursday when Manchester United takes its commanding 6-2 aggregate lead to Italy to clash with AS Roma while Arsenal FC will be hoping to overcome a 2-1 deficit against Spanish-side Villarreal. 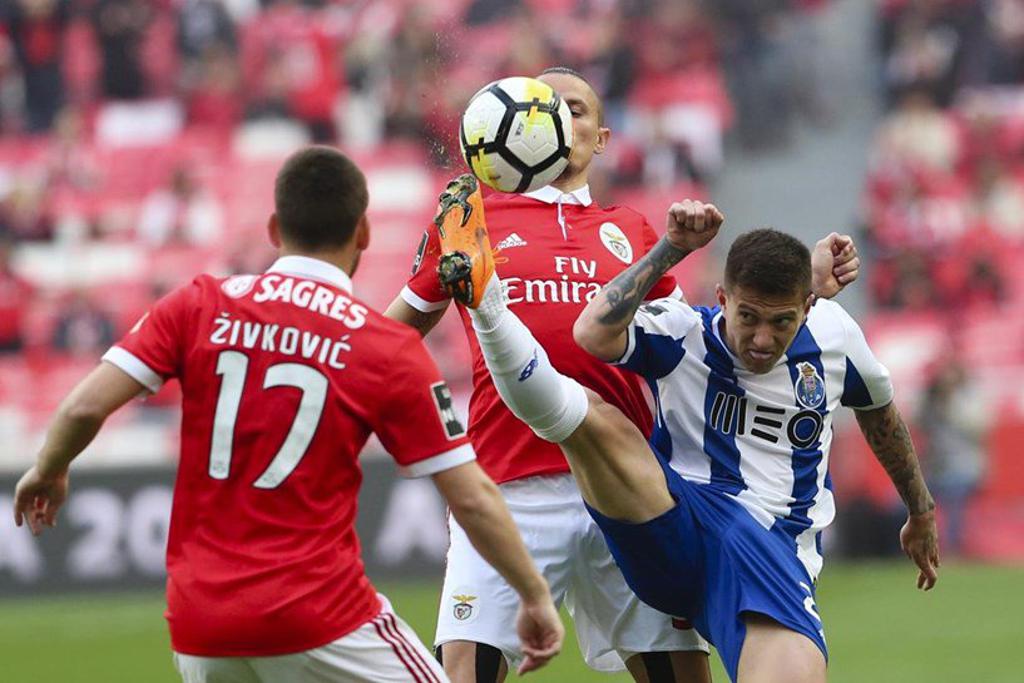 In France on Friday, Lille can take another step towards winning the league title if the club can secure all three points on the road against a strong Lens-side currently in fifth place. A few days later on Sunday, second-place PSG – who trail the league-leaders by just a single point – visit seven place Stade Rennes.

Once the weekend rolls around, it’s a swift return to the pitch for both of England’s UCL semifinalists as table-toppers Manchester City host fourth-place Chelsea on Saturday.

Saturday also sees the new champions of Italy take the pitch when Inter Milan host Sampdoria. The 1-1 draw between Atalanta and Sassuolo solidified the Scudetto to the Nerazzurri this past Sunday. Inter ended Juventus’s nine-year reign as domestic champions and on the heels of handing over the league title, the Old Lady of Italy – currently in third place – host a fourth-place AC Milan-side that is level on points with Juve.

The Bundesliga in Germany has a pair of crucial clashes this Saturday and it starts with Borussia Dortmund hoping to climb back into the top four but will need to pick up points against a strong RB Leipzig-side that’s currently in second place. Third-place Wolfsburg will look to continue fighting for a spot in the Champions League next season but will need to secure points at home against eight-place Union Berlin.

Spain’s La Liga also has two goliath games this weekend with the first kicking off on Saturday when table-toppers Atletico Madrid with 76 points visit the Nou Camp to take on third-place Barcelona sitting on 74 points. Barca is currently level on points with second-place Real Madrid who host fourth-place Sevilla FC on Sunday. Sevilla currently have 70 points and all four clubs have played 34 matches this season.

Top European leagues aside, two of the biggest rivalries in the world are set to occur this weekend in Turkey on Saturday and the Netherlands on Sunday.

This Saturday, third-place Galatasaray are hoping to stay in the title-hunt when the Istanbul club hosts crosstown rivals and current league leaders Besiktas. Fixtures between the two clubs from the Turkish capitol are always an intense affair, on and off the pitch, as both sides who regularly compete for domestic silverware have extremely passionate supporters. 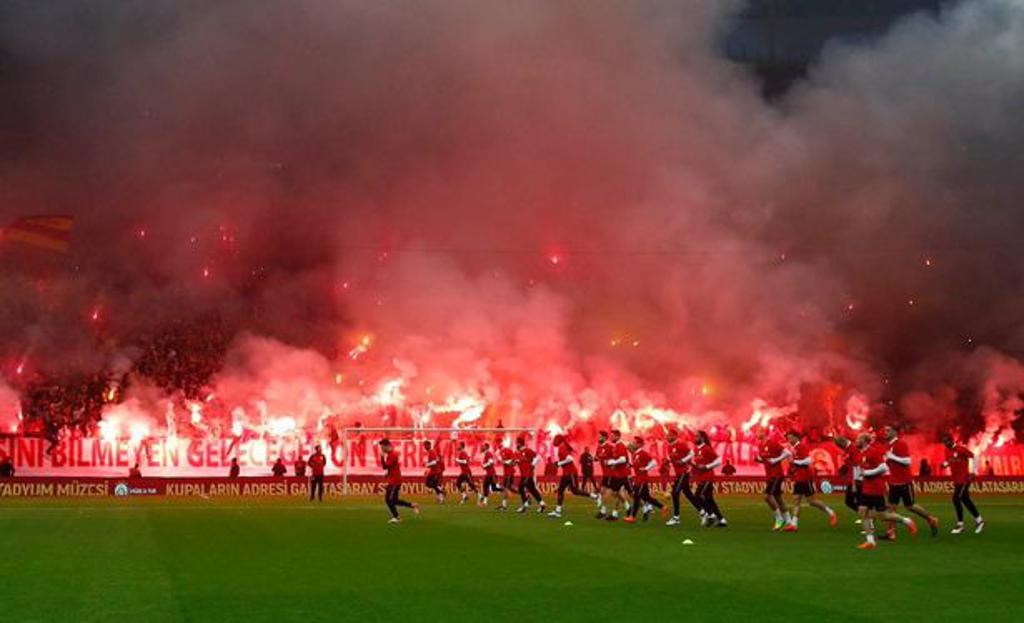 This season, Galatasaray sit on 75 points – one behind local rival Fenerbahce – while Besiktas sit on the summit of the standings with 81 points.

In the Netherlands on Sunday, it’s De Klassieker when Ajax Amsterdam visit Feyenoord Rotherdam. Ajax are comfortably sitting at the top of the table with 79 points, but Feyenoord will no question bring everything they have to the match as there’s major pride on the line to perform well and make supporters proud for the biggest derby in the country.