From the U.S. to Mexico and Back: Cultura with Carlos Saldaña

How the Republic FC goalkeeper appreciates his unique background 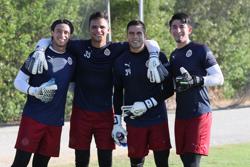 Mexican Heritage is a significant part of Saldaña’s life. His family moved from Mexico to the United States shortly after he was born, and he spent his youth with a deep connection to his family history. Carlos eventually moved to Mexico, taking advantage of an opportunity to play soccer at the youth, reserve team, and first team levels for Chivas.

For the Saldaña’s, their connection to their Mexican heritage is very important to them. Carlos and his family still speak Spanish at home, something he’s come to cherish as a constant, positive reminder of his parents’ sacrifices and ability to show him the great world of being Mexican-American.

“I was really able to appreciate it down in Mexico,” he said. “I was fully able to grasp what it means to be Mexican, play on an all-Mexican team, and be proud of my American background as well.”

While playing in Mexico, Carlos was able to bring some of what he liked from his life here in the U.S. to his friends and teammates, as well. Most significantly, the amount of them that wanted to practice or improve their English made him feel a little more at home. He also acknowledged that some of the American music he brought with him was a big hit with some of his teammates, who liked the rock and old-school hip hop music he listened to more than he thought. 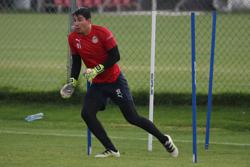 “In addition to some of the big artists, a bunch of them really liked Mac Dre, which was both really surprising and fun to see,” he said.

While Carlos isn’t far from home as a native of nearby Vallejo, he’s already come to appreciate the significant Mexican-American community in Sacramento, which celebrates and appreciates its uniqueness in the same loud and proud fashion he’s been accustomed to his whole life. It doesn’t take much for him to go to a restaurant, event, or even a soccer game and be quickly reminded of what things were like both in Mexico and at home growing up. Seeking that out – through any means – is how he stays connected to his past.

“Feeling that vibe all around is really awesome and taking it in is a big way I connect how things are here in Sacramento to where I’ve been before.”