Luis Felipe made an instant impression in his return to USL play in 2021, helping lead the Republic FC defense while netting five spectacular scores en route to Team MVP honors. Back for the 2022 season, the Brazilian looks to keep strong a midfield unit that generated ample offensive opportunity while assisting a defensive core that ranked in the top half in the league.

Felipe was a regular for the Indomitable Club’s 2021 squad, starting 24 matches across 27 appearances and logging 2,000 minutes for the second time in his professional career. He was one of the club’s top contributors throughout the campaign, adding eight scores on the offensive end- nearly two better than the next best man- while rating the highest in defensive actions and as one of the best in passing among returning players. 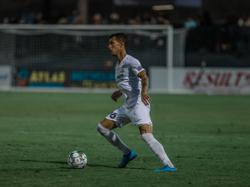 It wouldn’t take long for the three-year MLS veteran to make an impact with Sacramento, nearly assisting a Cam Iwasa go-ahead score just moments after entering the season opener against LA Galaxy II. He tallied his first assist with the Indomitable Club four matches later on June 2, a performance that also saw him create three scoring opportunities and complete 90 percent of his passing attempts.

Additional contributions on the offensive end earned him league-wide recognition on multiple occasions- something Sacramento will be looking for him to continue as the club strives to improve its attack. On the season, Felipe took home two Goal of the Week awards, four Team of the Week Selections, and had his 35 yard banger on October 2 voted the October Goal of the Month. 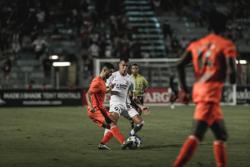 Above all, Felipe’s defensive efforts constantly kept Sacramento in games throughout the year. The midfielder led the club in interceptions (51), successful tackles (81), and duels won (233), also finishing tied for second on the squad with nine blocked shots. His all-out effort in every situation made him among the most reliable players on the 2021 squad.

Returning to Sacramento for his second season, Felipe will look to back up his excellent campaign with a second round of impactful performances. His consistent presence should help keep steady the club’s strengths while adjustments are made to improve on weaknesses in the hunt for more USL hardware.