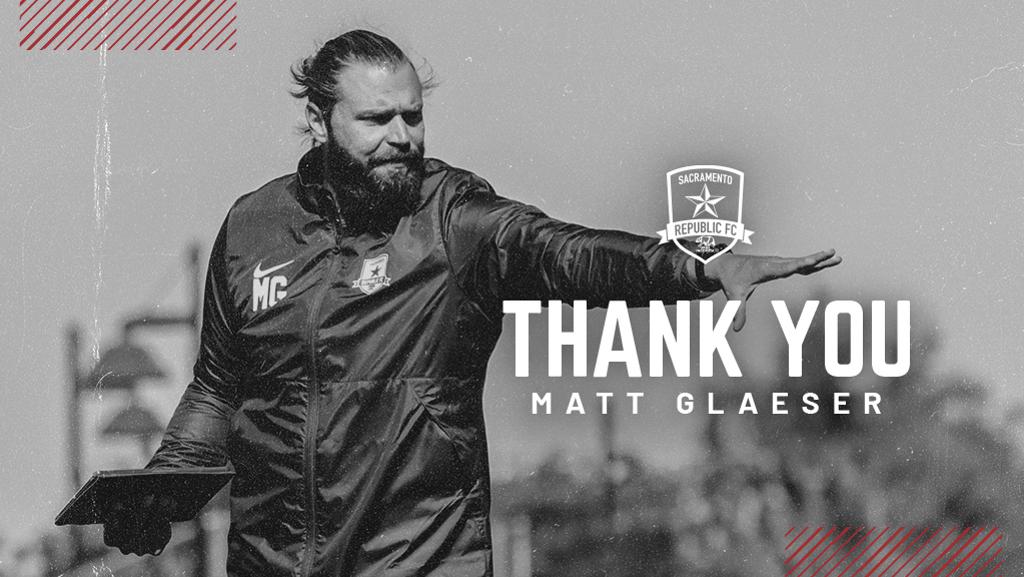 Glaeser joined Republic FC’s technical staff ahead of the 2021 season to support goalkeeper development and direct the club’s set piece strategy. Before coming to Sacramento, he served in a dual role as an assistant coach and set piece specialist with Real Salt Lake of Major League Soccer and its USL Championship affiliate, Real Monarchs SLC.

With Republic FC, Glaeser led a goalkeeping unit that conceded only 42 scores on the season- a mark among the lowest in the league, and saw three different keepers combine to record six clean sheets. Under Glaeser in 2021, Sacramento’s goalkeepers recorded 80 saves on 122 shots faced, good for a 66% save percentage.

The move to Madison will be Glaeser’s first head coaching role. “I would like to thank Sacramento Republic FC for the opportunity to work alongside tremendous players, coaches, staff and ownership. My experience at the club was first class and I wish everyone there the best success!”

“Matt’s departure is bittersweet, as he will be missed, but he is certainly deserving of this opportunity,” said Republic FC President and General Manager Todd Dunivant. “We’re proud to have played a role in yet another SRFC coach’s promotion within the professional game. We wish him the best and remain thankful for his contributions to the club.”

On behalf of the SRFC family, we wish Matt the best of luck as he embarks on the next step of his professional coaching career.