Vallejo, California native will return for his second season with Republic FC

SACRAMENTO, Calif. — Sacramento Republic FC announced today that the club has reached an agreement with Vallejo, California native Carlos Saldaña, re-signing the goalkeeper for the 2022 USL Championship season, pending league and federation approval. Per club policy, the terms of the contract were not disclosed. 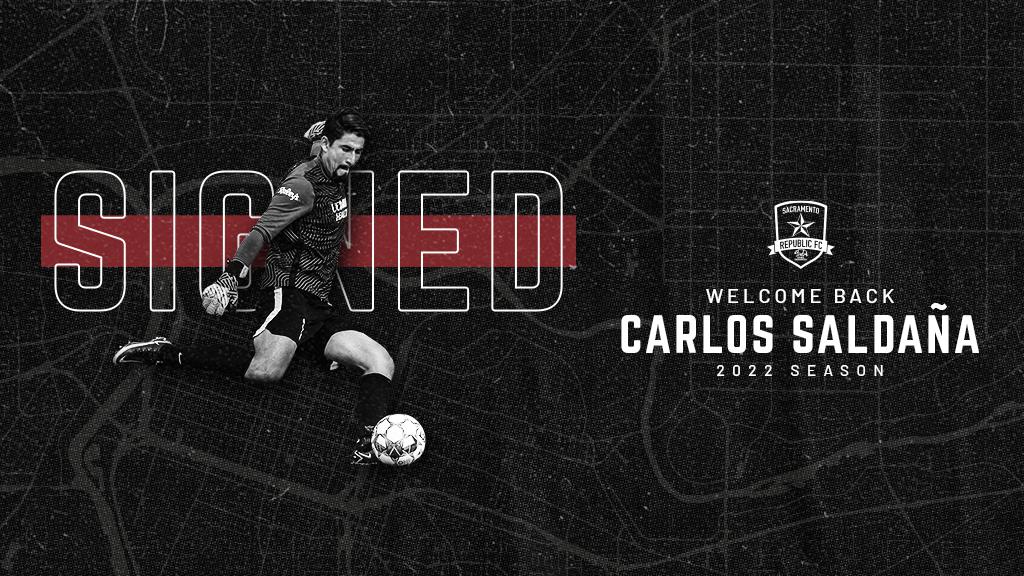 2022 will mark Saldaña’s second season with Republic FC. He officially signed with the club in September 2021 after training with the team during the season, and made his Sacramento debut on October 2 against Tacoma Defiance.

“Carlos earned everything he got last season and really took his opportunities,” said Republic FC President and General Manager Todd Dunivant. “He earned a lot of respect amongst his teammates with not only his play on the field, but the way he carried himself off of it.”

Following his club debut, Saldaña went on to start each of the club’s remaining six matches, recording 28 saves and one clean sheet. He also led Republic FC’s goalkeeping squad with the most saves in a match (6) and highest save success rate (77.8%).

Prior to joining the Indomitable Club, Carlos logged minutes with Liga MX-side C.D. Guadalajara—including academy, reserve team, and first team. In 2019, he led Chivas to the reserve league finals, only to fall on aggregate. He has also appeared for Tepatitlán F.C. of Liga de  Expansión MX.