Sacramento Republic FC announced today that the club has reached an agreement with forward Luther Archimède, pending league and federation approval. He will be added to Republic FC’s 2022 roster pending receipt of his P-1 Visa and ITC. Per club policy, the terms of the contract were not disclosed. 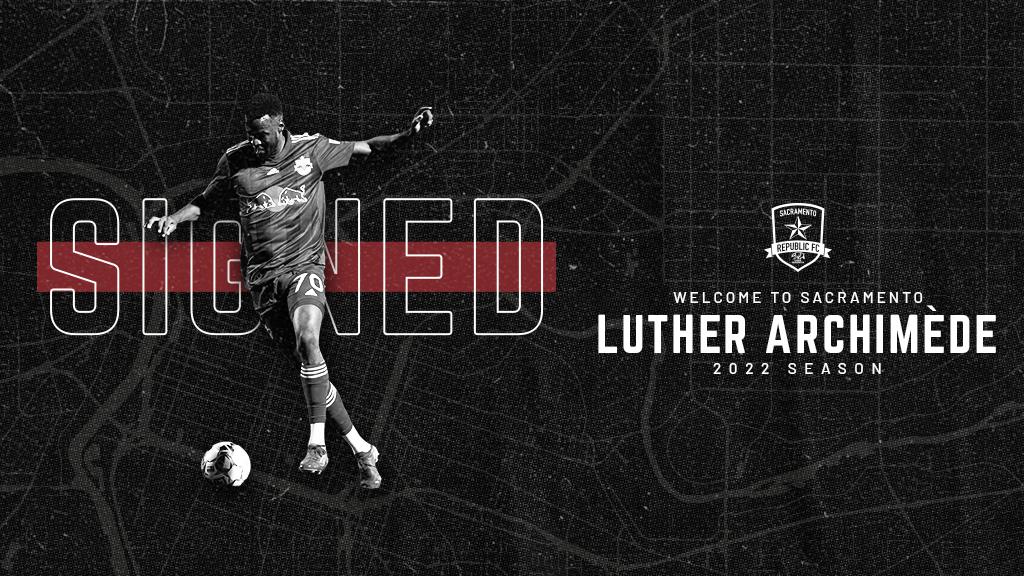 “Luther has all of the physical qualities we are looking for in a center forward, but more importantly we are excited to add his mentality and work ethic to our group,” said Republic FC President and General Manager Todd Dunivant. “We feel that he’s ready for a breakout year, and we’re excited to welcome him to Sacramento.”

Archimède comes to Sacramento after spending the 2021 season with USL Championship side New York Red Bulls II. He made his USL debut in August, and appeared in fourteen matches, with 7 starts. Luther served as a late season spark, tallying three scores and one assist for NYRB II. He was selected 13th overall in the 2021 MLS SuperDraft by New York Red Bulls, before signing with the club’s USL Championship affiliate.

Prior to being selected by New York, he featured for French Ligue 2 side FC Sochaux-Montbéliard, before moving to the U.S. to join the soccer program at Syracuse University. With the Orange, Archimède made 20 appearances from 2019-2020, netting five goals and helping Syracuse to the second round of the 2019 NCAA College Cup, where they fell to St. John’s University.