SACRAMENTO, Calif. — Sacramento Republic FC announced today that the club has reached an agreement with goalkeeper Danny Vitiello on a contract for the 2022 season, pending league and federation approval. Per club policy, the terms of the agreement were not disclosed.

“Danny impressed us with his shot-stopping and would make the big saves when called upon,” said Republic FC President and General Manager Todd Dunivant. “He brings a tenacious mentality to our team and will be a vocal leader both on and off the field.” 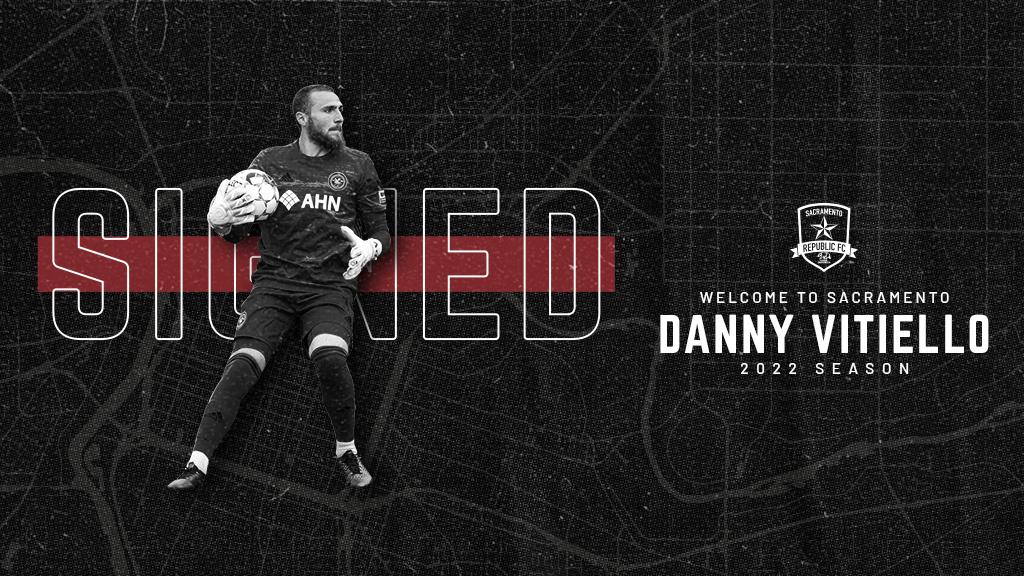 The three-year USL Championship veteran spent the past two seasons with Pittsburgh Riverhounds SC, making 36 appearances. In 2020, he claimed the starters’ role mid-way through the abbreviated campaign and went on to post the league’s lowest Goals Against Average rating, logging six clean sheets in eight appearances. He earned the 2020 Golden Glove Honor following the season for posting the league’s lowest Goals Against Average rating at 0.5. In 2021 he started 27 contests, conceding just 26 goals, finishing fourth in the league with nine clean sheets, and earning a nod to the USL Championship Team of the Week for Week 6.

The Massapequa, New York Native first entered the league in 2019, signing with Nashville SC who then sent him to New Mexico United on loan for the season. Prior to turning pro, Danny played four seasons at the University at Albany, where he set a program record for career victories for a goalkeeper (26), amassed 221 saves and allowed just 61 goals in 60 matches across four seasons. His play in the box helped the Great Danes to consecutive NCAA Tournament appearances in 2016 and 2017, reaching the second round both times. He also featured for USL League Two side Long Island Rough Riders in 2018.