Earlier today, USL Championship announced the Home Opener matches for the 2022 season. Republic FC will open the season at home at Heart Health Park on Saturday, March 12 against El Paso Locomotive FC. The entire 2022 USL Championship schedule, as well as match start times and broadcast information, will be announced in the near future. 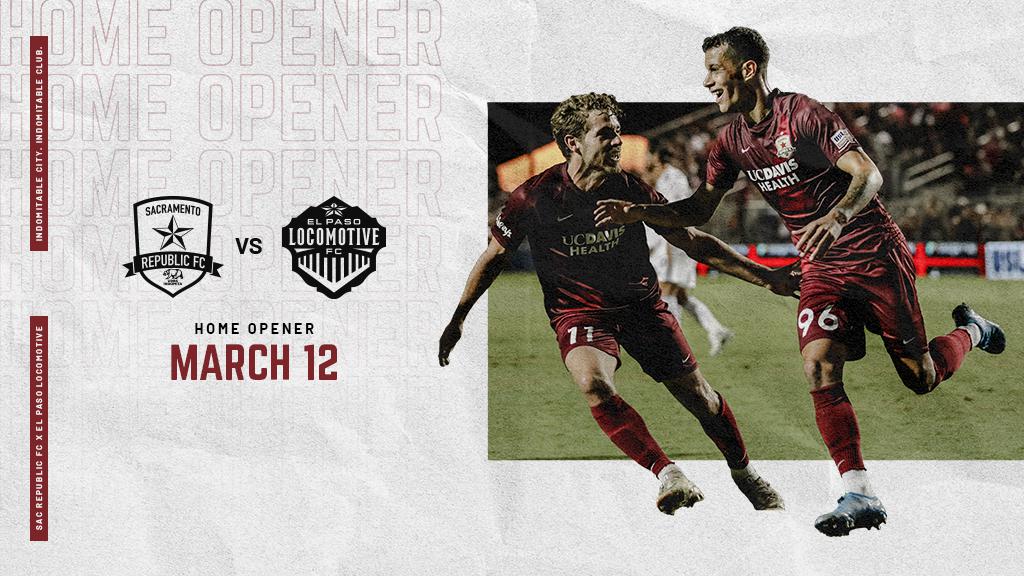 Fans can guarantee their seat for the season opener by becoming an Indomitable Member at SacRepublicFC.com/memberships. Membership benefits include year-round access to events and experiences with the team, discounts both in and outside of Heart Health Park, and much more. Single match tickets for opening night and the remainder of the season will be available for purchase in the coming weeks, subject to availability.

In December, USL Championship announced that conference play will return for the 2022 regular season – departing from the 8-team division format. Republic FC will play in the 13-team Western Conference, which features 6 teams from California – including league debutant Monterey Bay FC – as well as Las Vegas, Colorado Springs, Phoenix, New Mexico, San Antonio, El Paso, and Rio Grande Valley. During the 34-game regular season, each team will play its conference opponents twice – once at home, once away. The remaining 10 games will consist of 8 Eastern Conference opponents with an even split of home and away, and two additional local rivalry matches.

The club’s annual Open Tryout is scheduled for January 15-16, 2022 and provides a pathway for local players to pursue their dreams of playing pro soccer. Each season, one player is guaranteed an opportunity to join the club for training camp, with the chance to earn a professional contract. Since 2014, four players from the tryouts have signed a pro contract with Republic FC. Limited space remains and players are encouraged to sign up as soon as possible at SacRepublicFC.com/Tryouts.