The club’s 9th USL Championship campaign will kick off at home on Saturday, March 12, when the Indomitable Club hosts El Paso Locomotive at Heart Health Park. The regular-season schedule features 34 fixtures – 17 in Sacramento – beginning mid-March and concluding on Saturday, October 15 at home against San Diego Loyal SC. More information regarding match start times, the 2022 broadcast schedule, Heart Health Park changes – including gameday health and safety protocols, and the 2022 Lamar Hunt U.S. Open Cup will be announced in the near future.

Check out the full schedule 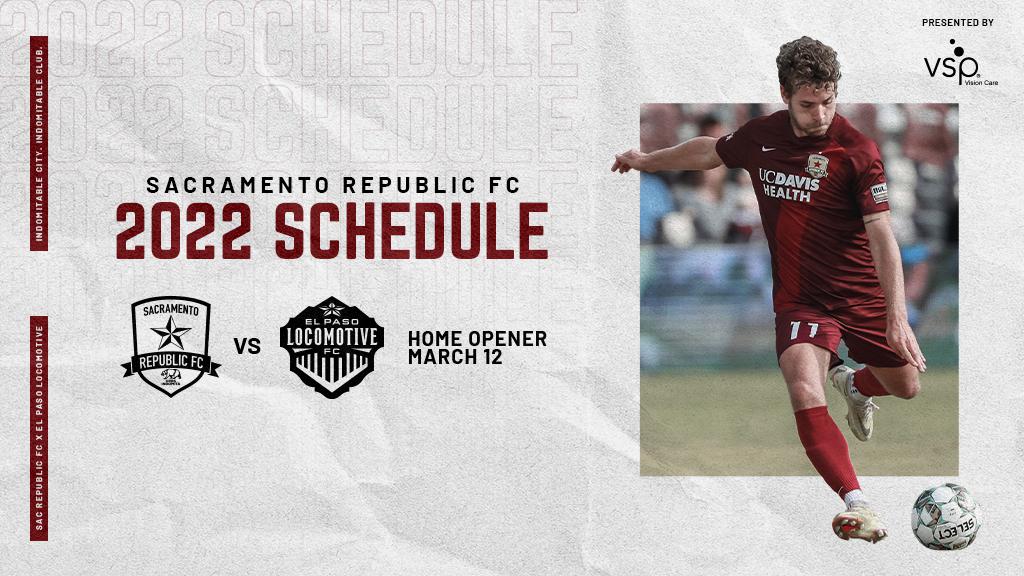 In December, USL Championship announced that conference play will return for the 2022 regular season – departing from the 8-team division format. During the 34-game regular season, each team will play its conference opponents twice – once at home, once away. The remaining 10 games will consist of 8 Eastern Conference opponents with an even split of home and away, and two additional local rivalry matches.

Notable home matches include league debutant Monterey Bay FC, who will visit the Indomitable City on Saturday, April 2. Northern California rivals Oakland Roots SC will travel to Sacramento on July 9 and on August 27. Eastern Conference side Birmingham Legion FC will make their first trip to Sacramento during the California State Fair on July 16, with all fans with tickets to the match receiving complimentary entrance to the State Fair on matchday. Reigning USL Championship Cup winners Orange County SC will visit on Sunday, September 18. Pittsburgh Riverhounds SC will close out interconference play with a visit to Heart Health Park on Sunday, October 9.

Some exciting road matches are also in store for the Boys in Old Glory Red. Republic FC heads East to visit New York Red Bulls II for the first time in club history on May 8. On June 11, the squad marks another first when they travel to the Motor City to face Detroit City FC in its inaugural season. They will also head to Kentucky on September 3 to meet up with Louisville City FC at Lynn Family Stadium.

Republic FC will make the short trip to Laney College in Oakland on May 28 and Cardinale Stadium in Monterey on June 25.

All 17 regular-season home matches are available now in the 2022 Full Season Indomitable Member Package; Half Season Membership Package options will be available in the near future. Indomitable Members will receive a robust benefits package for the 2022 season that includes year-round access to events and experiences with the team, flexibility to swap or resell tickets, and discounts both in and outside of Heart Health Park. New benefits for this season include beverage and parking discounts. Fans interested in becoming an Indomitable Member can learn more and connect with a member of the Sales & Service Team by calling 916-307-6100 or visiting SacRepublicFC.com/Memberships.