The club reveals their mascots, two live quails, and secondary logo prior to their Home Opener on Saturday.

SACRAMENTO, Calif. (April 1, 2016) – Sacramento Republic FC revealed today their mascots and secondary logo at an event held this morning at the levee along the American River Parkway behind Bonney Field. During the event, hundreds of California quails—Republic FC’s new mascot—were released into the protected wildlife area.

Both the mascot and secondary logo will make their debuts on Saturday, Apr. 2 during the club’s 2016 USL Home Opener when they host Arizona United SC. 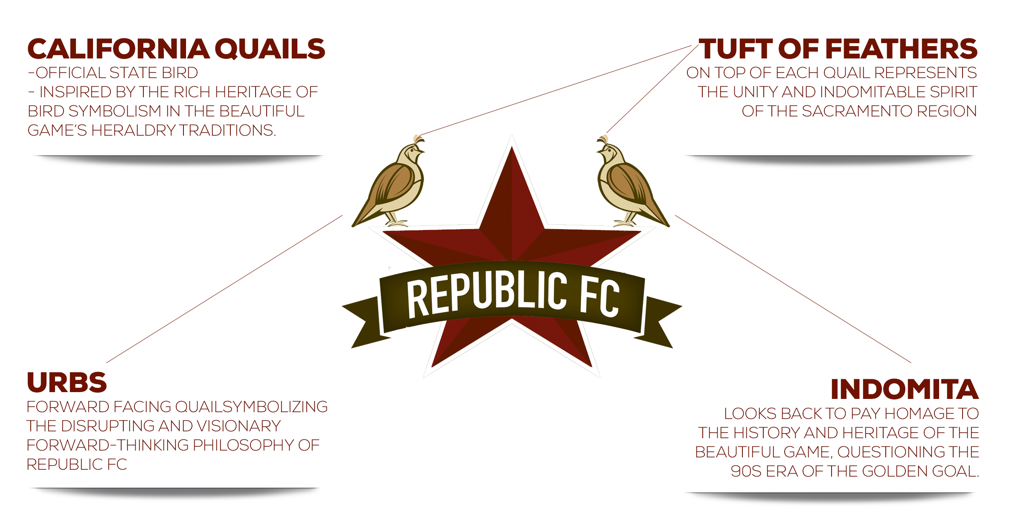 The secondary logo features the club’s new mascot—two California quails, Urbs and Indomita—on top of the star with the Republic FC wordmark banner overlaying over the star. While the design keeps the traditional Republic FC wordmark and styling of the crest, it also captures the innovative spirit of the club with the two quails.

Adorning the star is the left quail, Urbs, which faces forward symbolizing the disrupting and visionary forward-thinking philosophy of Republic FC. Meanwhile, Indomita, the quail on the right of the star, pays homage to the history and heritage of the beautiful game as it faces right, looking back to critically evaluate the history of the sport in the United States, questioning the 90s era of the golden goal. The tuft of feathers on top of each quail represents the unity and indomitable spirit of the Sacramento region.

Both the secondary logo—dubbed affectionately by staff as the “quail crest”—and mascot were chosen after extensive research and input from Republic FC technical staff, front office members, players and investors. Those involved in the design process overwhelmingly chose the California quail over other suggestions, which included the California grizzly bear, a 19th century prospector and the golden trout, which is the officially designated freshwater fish of California.

“When going through the design process, we really wanted to create something that truly captured the spirit of the sport, Sacramento, our club and our pitch,” said Vice President of Merchandise Tim Stallings, who oversaw the creative process and design for the new logo and selection of the mascot.

“We were really inspired by the elegance of the California quails that roam wild at Bonney Field,” continued Stallings, who noted the staff spends extensive time at the home pitch before matches and on non-matchdays. 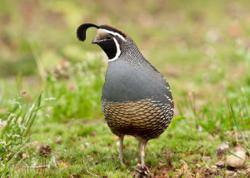 Indomita, one of two of Republic FC’s new mascots.

Both of the California quails are indigenous to the Sacramento region.

Urbs and Indomita will be featured in a variety of matchday activities, including a prematch naturalist panel led by Mike Dundee in The Market that will begin 45 minutes prior to kickoff. Additionally they will lead the inaugural “Running of the Quails,” which will take place on the pitch prior to the player walkout and anthem.

There will also be an opportunity for young fans to meet both Urbs and Indomita, which are trained carrier quails, in the new aviary that will be located in the tunnel underneath the North Endline seating. Urbs and Indomita will be available for fan meet and greets during halftime and after the match.

Inspired by Sacramento’s prominence as the capital of California, the California quail was chosen as the mascot due to the state’s designation of the small ground-dwelling bird as the official state bird. Additionally, the logo was inspired by the rich heritage of bird symbolism in the beautiful game’s heraldry traditions.

“We love the profound and multifaceted symbolism of the quail,” said Stallings. “We feel they really capture the brand storytelling that will resonate strongly our key millennial demographic. After spending so much time at Bonney Field with the quails, we feel they truly embody our identity as a club, they’re like family to us.”

Quails are also a nod to the language and origin of club’s motto, Urbs Indomita, which is Latin. In Roman mythology, quails are symbolic of the twins Apollo and Diana who are respectively the Roman god of sun, prophecy, music and intelligence and the Roman goddess of the hunt and the wild. 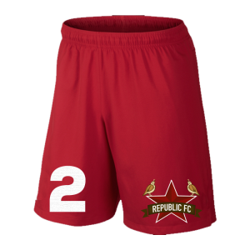 Along with the secondary logo unveiling comes a variety of re-branding and new activities that the has secretly carried on at Bonney Field, which will now feature painted murals of the majestic bird throughout the facility designed by local and world renowned artists including Wolfgang Beltracchi and the artistic team behind the Ecce Mono fresco restoration project in Borja, Spain.

Additionally, the new stage located in the central part of the VIP premium seating at Bonney Field will be renamed “The Nest” as tribute to the club’s new mascot.

The new secondary logo will appear on the right leg of Republic FC’s primary and secondary kit. A smaller, hatchling version of the logo, will also appear on the sleeve of the club’s Academy kits. It will also be incorporated into the club’s third kit, which are camouflage, and will be revealed later during the 2016 season.

“I feel totally ridiculous. Like why do I have to be in camouflage? No, I don’t even know what a quail is!” said defender Derek Foran, while getting his measurements for the third kit.

Republic FC will be handing out lapel pins and temporary tattoos featuring the new secondary logo to all fans in attendance at their 2016 Home Opener on Saturday. The first 500 fans at Bonney Field will also receive an exclusive quail crest camouflage scarf that will not be sold at the Team Store or Bonney Field. 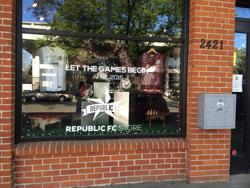 Republic FC host Arizona United SC in their 2016 USL Home Opener on Saturday, Apr. 2. Kickoff is 7:30 p.m. PDT at Bonney Field. Gates open at 6 p.m. Limited tickets for the match are available at Ticketmaster.com. The match will be broadcast live on CW31 and streamed live at SacRepublicFC.com/matchday. Updates of the match will be provided via Twitter @SacRepublicFC or using #SACvAZ.