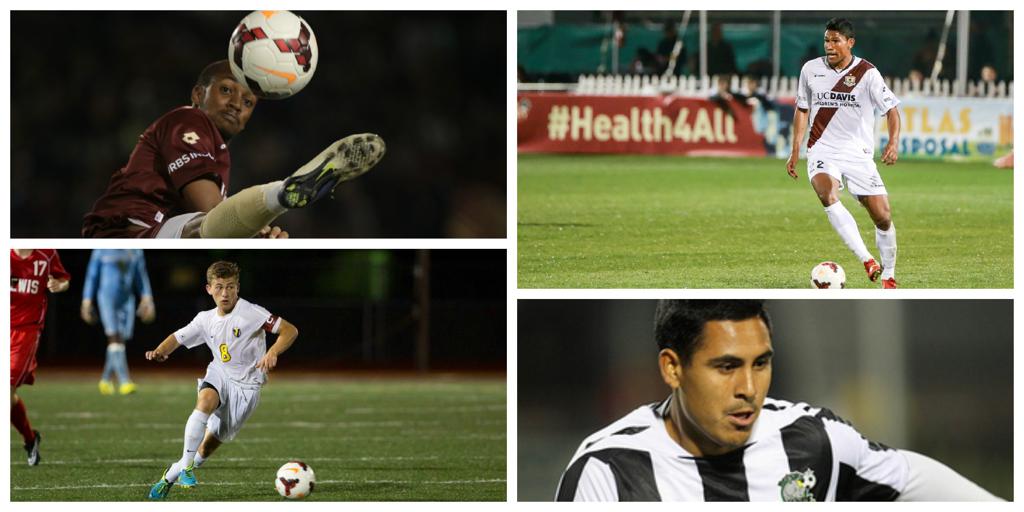 Duckett joins Republic FC on a one-season contract after spending last season with the Charlotte Eagles. Duckett appeared in all 28 of the Eagles’ USL matches in the 2014 season, starting 25. Vancouver Whitecaps FC drafted Duckett in the third round (37th overall) in the 2011 MLS SuperDraft. Duckett stayed with Vancouver for a year before joining the Harrisburg City Islanders in 2012. After a year, he left Harrisburg and joined the New England Revolution.

Taublieb joins Republic FC on a one-season contract. Taublieb will begin his first professional season after spending the last four years at Valparaiso University. At Valpo, Taublieb appeared in 65 matches, starting 59. He recorded five assists and scored three goals during his four-year college career. Taublieb also spent time with the Seattle Sounders U23 team in 2014.

Motagalvan joins Republic FC on a two-season contract with a club option for the 2017 season. Motagalvan spent the past two seasons with the Pittsburgh Riverhounds. He appeared in 27 USL matches for the Riverhounds last season, starting nine while recording a goal and an assist on the season. Motagalvan has also spent time with the Fort Lauderdale Strikers (NASL), Rochester Rhinos (USL) and Ventura County Fusion (PDL).