Proceeds from the online auction will go directly to local nonprofit Capes4Heroes. 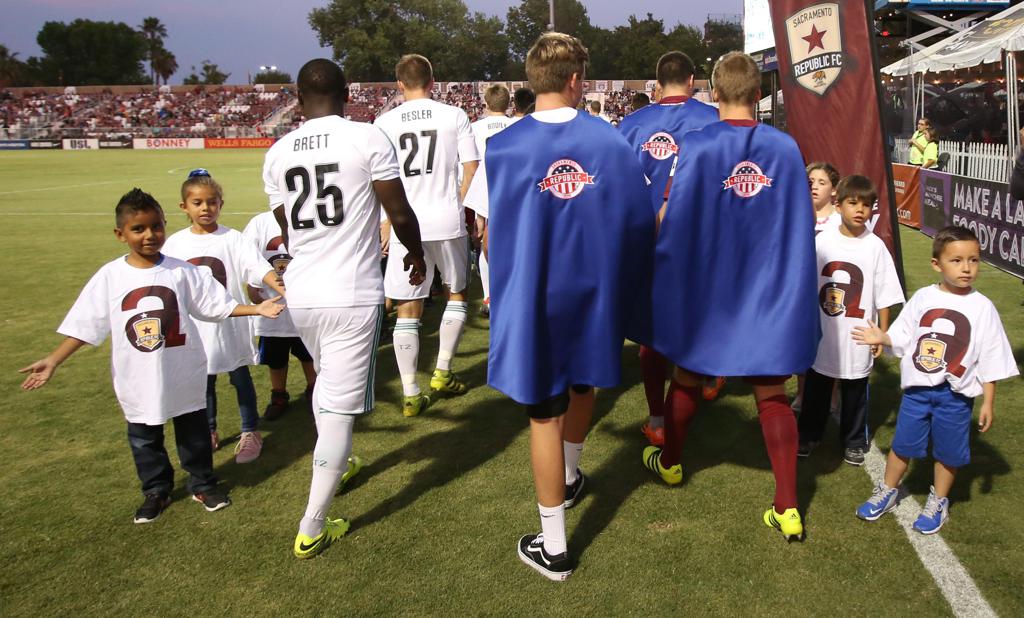 A one-of-a-kind, Sacramento Republic FC superhero cape will be auctioned off online beginning Monday, Nov. 28 at 5 p.m. through Dec. 8 at 5 p.m. PT. The auction, presented by Jiffy Lube, will raise money for Capes4Heroes, a Northern California nonprofit. The custom-made cape is signed by the 2016 Republic FC team, the USL regular season Western Conference champions.

All proceeds from the sale of the cape will be given to Capes4Heroes. Over the past eight years, Capes4Heroes has given superhero capes to thousands of children in Northern California and throughout the country, working to recognize and empower true heroes who showcase their strength and courage each day as they battle life-threatening illnesses, disabilities or life struggles. Heroes have received their capes at superhero parties, camps and hospitals, including at Republic FC player visits at UC Davis Children’s Hospital.

The online auction is just one of multiple occasions where Republic FC and Jiffy Lube have partnered in support of Capes4Heroes, including the Third Annual Caped Crusader Night at Bonney Field earlier this year on August 20, and at Republic FC’s most recent UC Davis Children’s Hospital visit on Nov. 10.

To-date, Republic FC fans have helped raise more than $12,430 for Capes4Heroes since the club’s inaugural season. Proceeds have gone to make hundreds of capes delivered to patients at UC Davis Children’s Hospital.

Fans may bid on the cape via Ebay now through Dec. 8 at 5 p.m. via the permalink //www.ebay.com/itm/291956845859. The winning bid is tax deductible under IRS 501(c)3 status. The winner of the cape will receive a Letter of Authenticity from Republic FC and a tax receipt.