Midfielder will retire after three years of professional play. 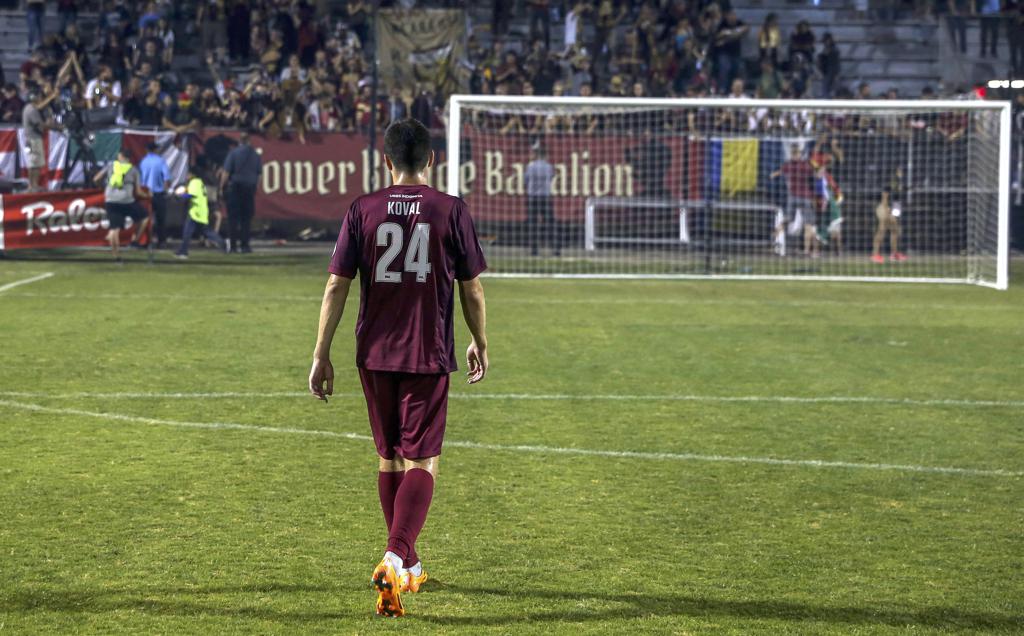 SACRAMENTO, Calif. (December 21, 2016) – Sacramento Republic FC midfielder JJ Koval announced his retirement from professional soccer through the club today.  In conjunction with his retirement, Koval was released from the remainder of his contract with Republic FC by mutual consent of the club and player.

“We are disappointed to lose JJ, but we completely respect his decision,” said Republic FC Head Coach and Technical Director Paul Buckle. “He played much of last season with an injury and still made an impact for us.  We were looking forward to him coming back with full fitness this year. That being said, he was a delight to work with, he is following his heart and we wish him every success in the future.”

Koval appeared in 30 matches for Republic FC in all competitions this season, including 27 USL matches.  He scored his lone goal of the season against Saint Louis FC on Aug. 13.  Also, Koval was loaned to Republic FC, through their MLS affiliation with the San Jose Earthquakes, during the 2014 and 2015 season, making three total appearances on loan with Republic FC, scoring a goal.

“I'm so grateful for my time at Sacramento Republic FC,” said Koval about his time with the club. “I want to thank all of the amazing fans who support the club week in and week out and who make Sacramento the place to play. I wish the club all the best moving forward and I am excited to see you in MLS soon!”

Koval was the number nine overall pick by the San Jose Earthquakes in the 2014 MLS SuperDraft.  He appeared in 39 matches in two seasons with the Quakes, starting 16.  Koval was the tenth player in Quakes’ history to make 20 or more appearances in his rookie season.

Republic FC’s next round of open tryouts takes place Jan. 28-29, 2017, at Cosumnes River College.  Players interested in trying out may register at SacRepublicFC.com.  For more information on tryouts or to view full player biographies and statistics, visit SacRepublicFC.com.