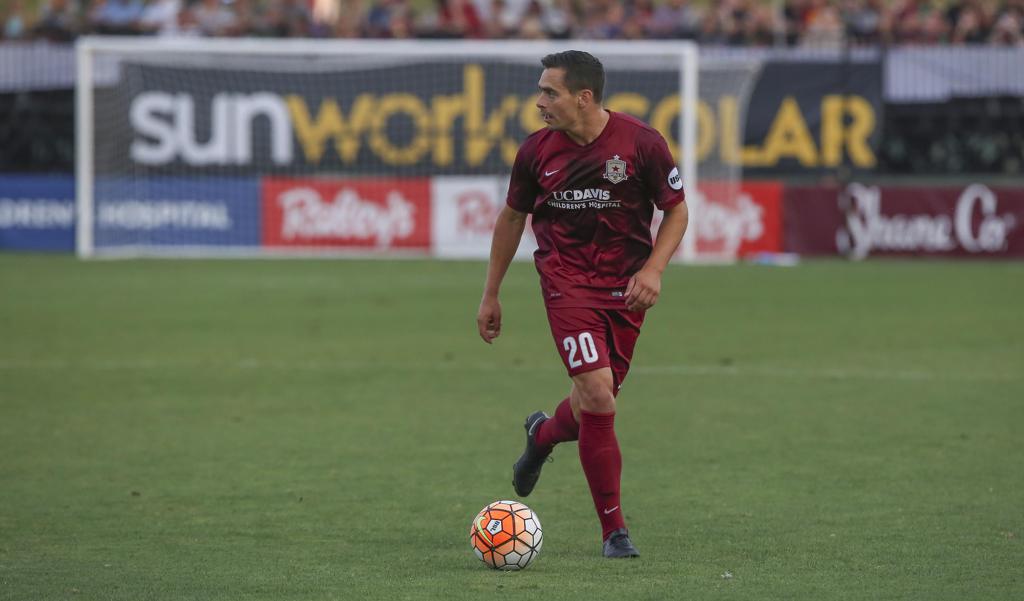 SACRAMENTO, Calif. (February 6, 2017) – Sacramento Republic FC have agreed to a contract with James Kiffe for the 2017 USL season, pending league and federation approval.  Kiffe rejoins Republic FC for his fourth season with the club.

“I am really pleased that we have been able to bring James back for this season,” said Republic FC Head Coach and Technical Director Paul Buckle. “I feel that last season he was a very important part of the team. He had his best season both defending and attacking last year and I believe there is more to come from him.”

Kiffe has made 57 USL appearances with Republic FC since joining the club near the end of the 2014 season.  He is third all-time in Republic FC history for appearances and his 4,641 USL minutes trail only fellow defender Emrah Klimenta for the club all-time lead.

The defender made 29 USL appearances in 2016, scoring a goal and adding five assists, second most on the club.  Kiffe’s goal, scored against Oklahoma City Energy FC on Aug. 2, 2016, was a match-winning goal and was his first as a professional.  Kiffe played collegiately at UC Santa Barbara, making 45 appearances over three seasons.  He scored three goals and added 11 assists in college.

2017 Republic FC season tickets are now on sale starting at $337 for 20 home matches including friendlies against New York Red Bulls on Feb. 10 and FC Cincinnati on Mar. 4. For more information on season tickets, or to view full player biographies and statistics, visit SacRepublicFC.com.