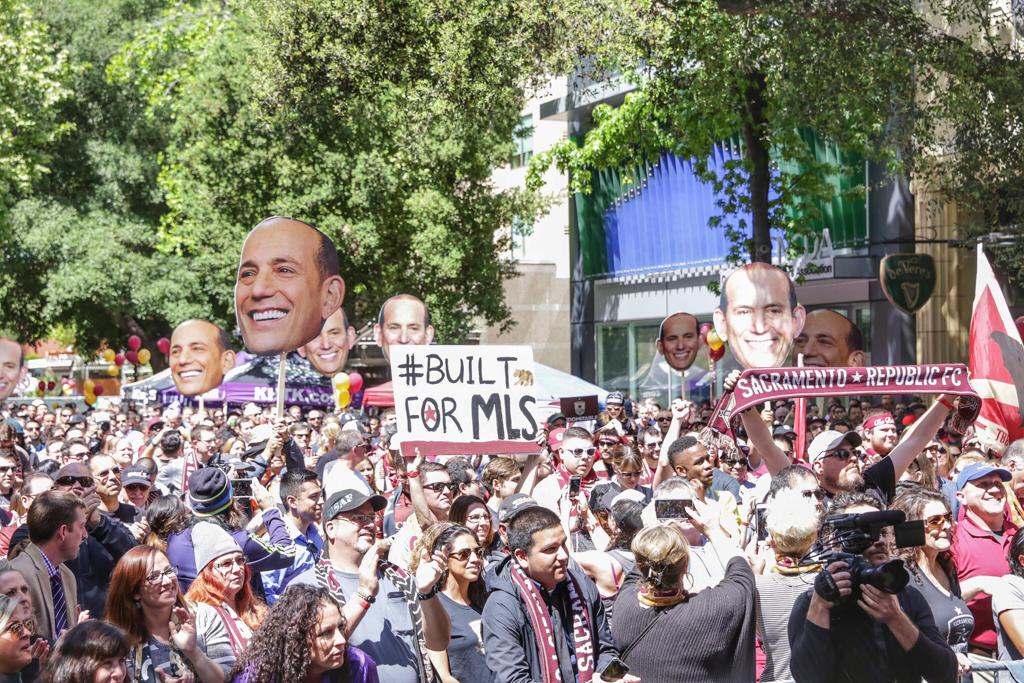 It’s official: the deal is done.

Earlier today, we finalized agreements for Sac Soccer & Entertainment Holdings to acquire Sacramento Republic FC. The terms ensure that the Republic FC name, crest, brand identity and history will represent Sacramento at the Major League Soccer (MLS) level. In reaching this milestone, we’ve achieved what both of us, Mayor Steinberg, and all of you have sought from day one: for Sacramento to ascend from USL to MLS as one club and one community.

It’s now time to turn our full attention to the core mission: delivering the MLS club that our fans want and deserve. Fortunately, Sacramento has never been closer to reaching our goal. Our ownership group remains steadfast in its commitment to MLS and to Sacramento. Our fans continue their dominance of USL. And our stadium plan continues its steady march towards 2020.

Having come so far, it’s now time to finish what we’ve started.

To close the deal.

To Bring it Home.

At 10:00am today, we will join with Mayor Steinberg at City Hall to announce the new program we call #BringItHome. #BringItHome will embody both our playbook and our mindset down the homestretch of the MLS bid effort.

With so much of our bid already in place, we want to complete this journey in the same way that we started: powered and inspired by the people of Sacramento.

In the weeks ahead, we’ll begin rolling out a series of initiatives that reflect the #BringItHome spirit. They’ll include:

The new stadium will seat 20,000 people. With that in mind, we will connect with 20,000 Republic FC fans and Sacramentans by December directly through town halls, surveys, forums, focus groups, and one-on-one conversations to ensure our fans and community guide the future of the club. We want every fan in every seat to have a voice in the club’s future.

We will ensure strong participation by local workers and local businesses in the construction and operations of the new stadium to deliver new jobs and opportunities to our region.

We will harness the renowned agricultural base of our region and build stadium concessions partnerships with a broad and diverse group of local farms, restaurants, and breweries.

We’ll challenge SRFC fans to submit design proposals for a portion of the plaza surrounding the stadium to be developed by and for the public.

We’ll ensure that fans have a direct and consistent audience with the Republic FC Board via representatives selected by the fans.

Make no mistake, while confident in the strength of what we’ve already accomplished in our bid for MLS, we cannot afford to get complacent or rest on our laurels.  Instead, we’re going to do what we’ve always done: be bold, rally together, and bring out the best of Sacramento.

Our destiny as an MLS city is within reach. Let’s #BringItHome.