Players commit to DI colleges across the west coast. 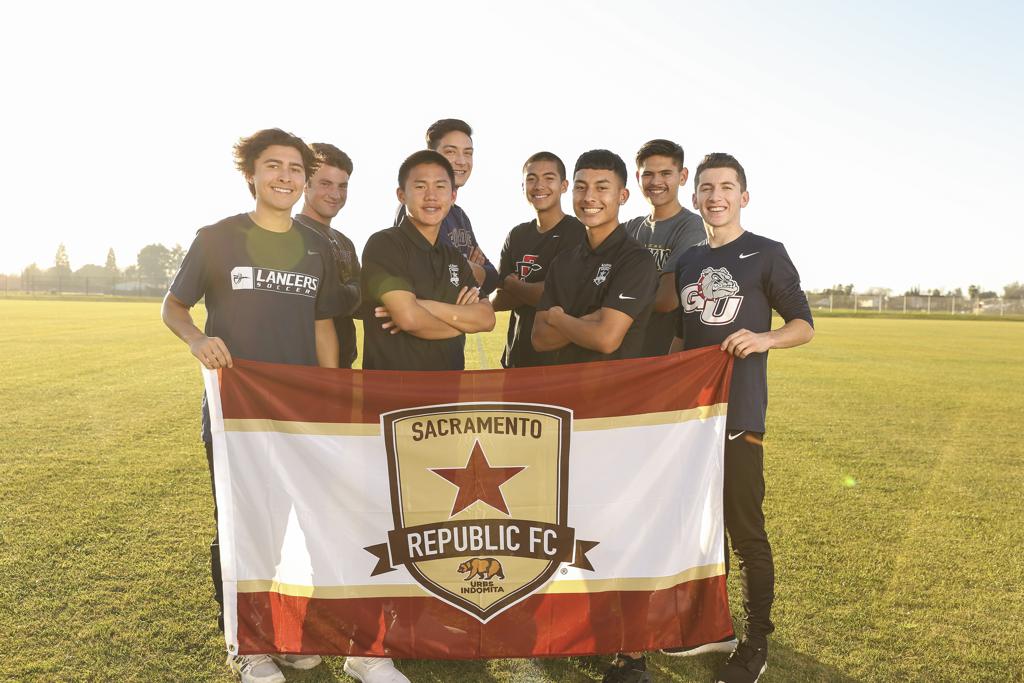 Goalkeepers Johan Garibay and Jordan Martinez will be heading to Gonzaga University and UC Irvine, respectively, while defender Matteo Sorrentino will suit up for Saint Mary’s College. For the midfield, Esteban Zepeda committed to San Diego State University, Oscar Govea to the University of San Francisco, Ryan Her to the University of the Pacific, and Mark McEntosh will join Garibay at Gonzaga. 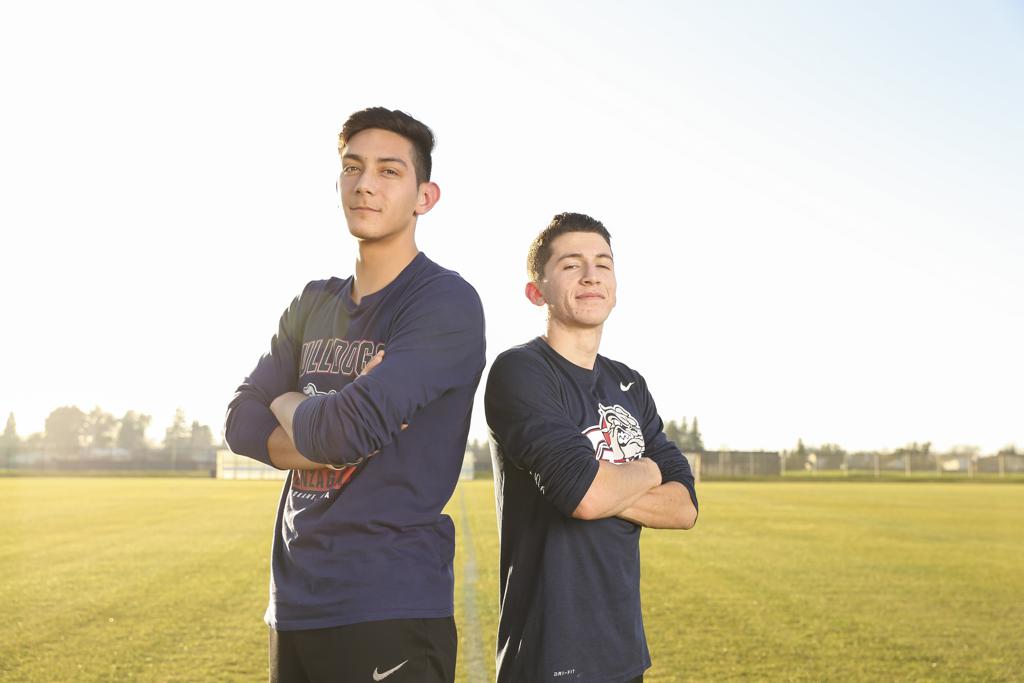 “It's awesome that I’ll get to play with one of current teammates at the next level,” said McEntosh. “It makes things a lot more comfortable in the transition and knowing that you're going to be spending another four years with someone that you've been playing with already. It’s definitely a good feeling.”

“Well, I’ll know my roommate already,” added Garibay. “I think we’ll both bring attributes to the team that can help them succeed this upcoming season. We already have chemistry between each other from our time at the Academy and hopefully we can demonstrate that on the field when we head to Gonzaga.”

Rounding out the Class of 2018 is forward Evan Panganiban who will play at California Baptist University.

“It's always been a dream of mine to play in college and especially at the Division I level,” said Panganiban. “Choosing California Baptist, I wanted to make sure I had a balance of good soccer and also be able to get a good education and I’m confident I picked the right school to accomplish both of these goals.”

While only Garibay and McEntosh will be going on to play for the same program, five of eight Class of 2018 players will be seeing each other throughout the collegiate soccer season in the West Coast Conference; Saint Mary’s, USF, UOP and Gonzaga are all members of the WCC. Zepeda and the Aztecs will compete in the Pac-12, and Martinez in the Big West. Panganiban will be a part of California Baptist’s inaugural class to play in the Western Athletic Conference, making the jump to Division I from the Division II Pacific West Conference in 2018. 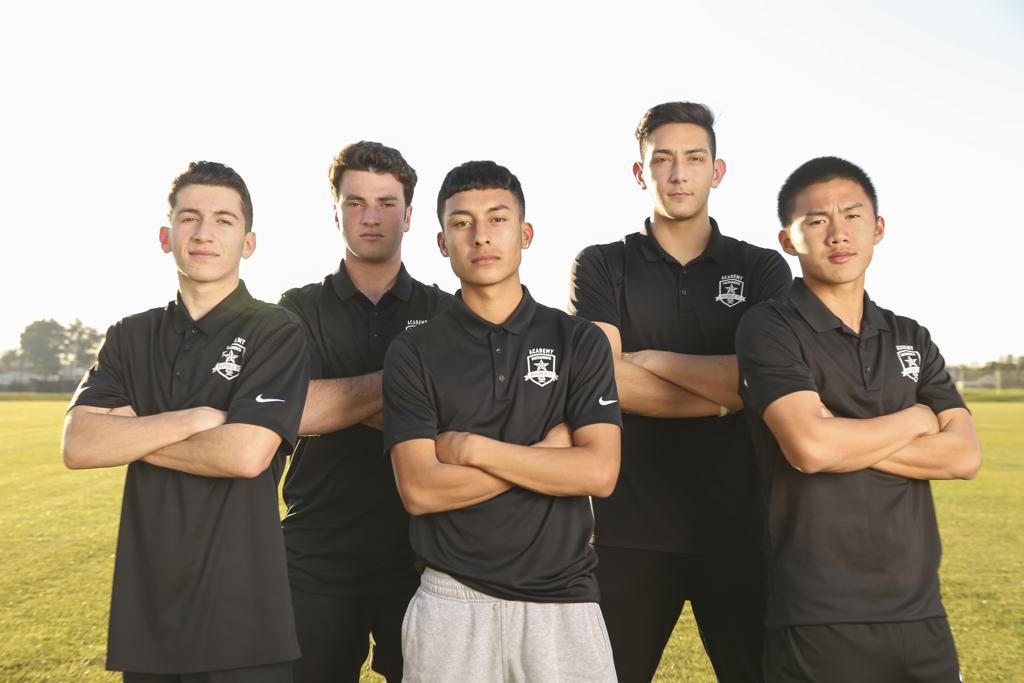 “It'll definitely make things a lot more competitive knowing several of us will be playing in the WCC,” said McEntosh. “It'll be cool because we'll all be going hard against each other, pushing hard for a win. And then after the games will be saying hello and there they'll just be bragging rights for the winning side so I think it will be a great experience getting to play each other.”

Of the eight, three will be reuniting with Republic FC alum from past years who have gone on to collegiate soccer programs. Govea will be joining Class of 2017 alum Seamus McLaughlin, who went on to play for the Dons after the 2016-2017 USSDA season. Her will also suit up alongside a Class of 2017 SRFC Academy alum, joining defender Diego Villapudua at UOP. Sorrentino will join Gael’s forward Joe Restani, who graduated from the SRFC Academy in 2016.

For these players, making the decision to play collegiately instead of trying to pursue a professional soccer career straight out of the Academy is not one they take lightly. They know that beyond gaining experience at a higher level of play, choosing to stay in school can mean a clear path to the pros while obtaining a college degree.

“I chose the collegiate route for my family. It’s something that means a lot to them,” said Her. “I think that going to the University of the Pacific is the right choice for me. The coaches in the program are really good, and they just got a player that got drafted LAFC team, which shows how great the program is. Plus, I want the education along with hopefully becoming a pro.”

Beyond the possibility of being drafted and going on to play professionally, playing at a college program also gives players a sort of safety net. The risks of playing a contact sport are not lost on them, and despite their young age, appreciate the value of obtaining a college education while on their journey towards reaching the professional tier of the sport.

“The decision between college and playing pro is something I’ve thought a lot about these past few months,” said Govea. “I decided getting the education would be a better idea in the long run because you never know if you’re going to get injured or something else could happen. Practicing with the first team has also been good because I can talk to the players about their experience in college and making your way up the different levels of the game. It's all been motivational for me and at the same time it has helped me make the decision between going to play collegiately instead of maybe trying to pursue playing professionally straight out of the Academy.”

All of these players have had the opportunity to play under new Republic FC Head Coach Simon Elliott and Assistant Coach Benjamin Ziemer for the past three seasons. For them, seeing their coaches make the move to the next level shows the value that the club sees in the Academy and the possibilities for the players passing through its ranks as well.

“Having such a close connection between the Academy and the first team,  it shows that it is possible to make the move from the Academy to the first team,” said Zepeda. “It pushes you to go and work harder and train more, and put everything you have into each practice.”

“The mentality that you need to work hard for your position every day rather than being complacent with your spot on the team has been one of the best things I’ve learned from my time with Coach Elliott and Coach Ziemer,” added Sorrentino. “For the club as a whole and for us to see that they're really bringing the Academy into the first team, it’s so awesome. We've been with them day in, day out for about three years now, and to see them get to the next level in their own careers is well-deserved.”

While the players hope to one day make the move towards a professional playing career, at this moment in their lives they’re focused on their next step. The excitement of getting ready to move away from home for the first time and seeing what awaits them offers enough challenges for these student athletes that are well accustomed to always having  a new goal in sight.

“I'm just really excited about playing at UC Irvine, and to get the opportunity to play Division I soccer in the Big West against some great programs, like Cal Poly and UC Santa Barbara,” said Martinez. “It’s also great to see alumni from these programs playing pro, but for now I’m just excited to get my collegiate career started and focus on earning on a place on this new team.”

Congratulations to all of you!