The Indomitable Club to Host Watch Parties During Select Away Matches

Sacramento, Calif. — Earlier today, Sacramento Republic FC announced the club’s 2020 USL Championship season television schedule. Hearst Television’s KQCA My58 and Estrella TV will continue their partnership with the club for a third year to broadcast 25 matches throughout the season. 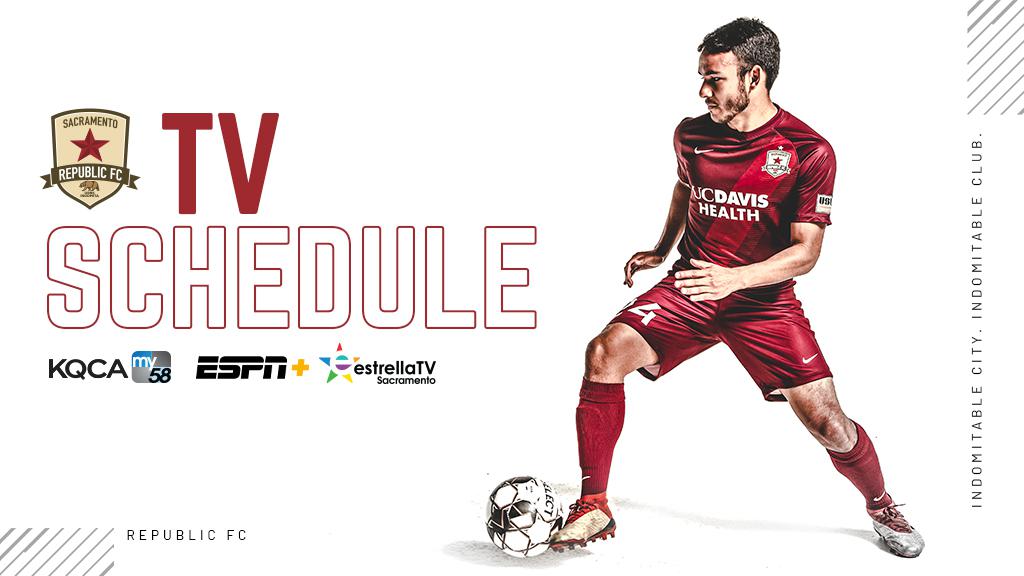 “As the spotlight continues to grow on our club and incredibly passionate fans, we’re excited to grow our relationship with KQCA My58 and Estrella TV,” said Republic FC President and Chief Operating Officer Ben Gumpert. “Through our partnership, we will give more access to be part of the Republic FC family as we continue to build a bright future for soccer in the region.”

“We’re proud to support the growth of soccer in Sacramento and beyond by showcasing Republic FC throughout the 2020 season,” said KCRA 3 and KQCA My58 President and General Manager Elliott Troshinsky. “Featuring high-caliber sporting events like Republic FC games in English and Spanish allows us to provide more entertainment options for our diverse viewership.

KQCA My58 and Estrella TV Sacramento will both broadcast 14 home and 11 away matches live, beginning with Republic FC’s season opener on March 7 at 7:30pm against FC Tulsa. Returning for their seventh consecutive season, Rob McAllister and Kevin Goldthwaite will be reprising their roles as play-by-play announcer and color commentator for English broadcasts on KQCA My58.

Armando Botello and Milton Moreno will team up in the Estrella TV Sacramento booth to serve as the Spanish broadcast play-by-play announcer and color commentator this season.  This will be Botello’s second season covering Republic FC matches and Moreno’s first. Viewers in the greater Sacramento/Stockton/Modesto area will be able to watch game broadcasts in Spanish via Estrella TV Sacramento on digital channel 58.3, Xfinity 377, Charter 200, Consolidate Communications 16, Rancho Murieta 179 and Volcano Vision 447.

During select Republic FC away matches, the club will be hosting official watch parties featuring the KQCA My58 telecast at multiple locations around the greater Sacramento region. Parties will begin 30 minutes prior to kickoff and there will be exclusive drink and food specials for Republic FC fans, extended happy hours, and more. Throughout watch parties, the club will play trivia games, host contests and giveaways, and provide opportunities for fans to secure their place at The Railyards stadium for the club’s inaugural MLS season. The club will host its first watch party on March 14 when Republic FC visit Las Vegas Lights FC. Additional watch party information will be posted on SacRepublicFC.com.

The full Republic FC game and broadcast schedule is available online at SacRepublicFC.com/club-schedule. Through a USL Championship partnership, all 34 Republic FC regular season matches will be simulcast on the ESPN+ platform, available on desktop, mobile devices and other streaming devices.