Taking the Pitch and Playing For Pride

The boys in Old Glory Red are once again using the team’s platform to support the LGBTQ+ community for the third consecutive campaign, by working with Playing for Pride.

Playing for Pride is a nationwide fundraiser for Athlete Ally during Pride Month in June. The nonprofit raises funds to level the playing field for the LGBTQI+ community with a mission focused on making sports inclusive for all.

And this year more than ever, Pride is about promoting equality and inclusivity for each and every individual. Now is the time to learn, listen, and love. Anyone interested in taking action, making a donation or simply looking for additional information on Playing for Pride can do so by visiting here. 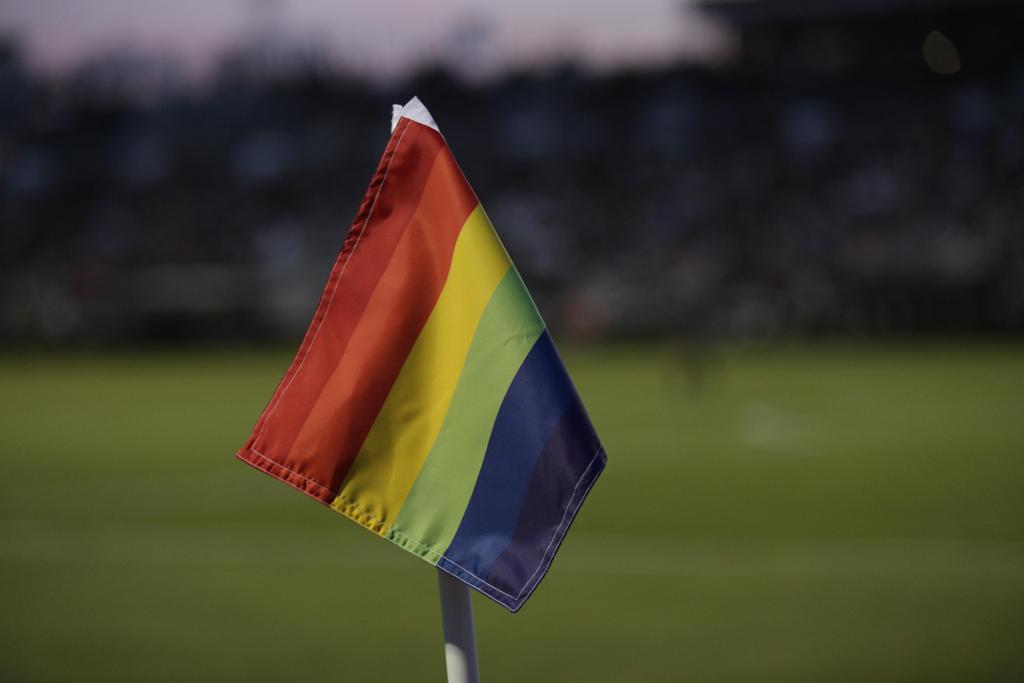 Former MLS and USL player Austin da Luz founded Playing for Pride in 2017 in direct response to his state’s discriminatory anti-LGBTQ legislation. The decorated midfielder was a guest on The Breakaway: A Republic FC Podcast and discussed with Connor Sutton the impactful campaign he’s created.

The 2020 season hiatus has paused live games and the team’s plans for a Pride Match at Papa Murphy’s Park, but supporters of the Indomitable Club can relive last season’s 2019 Pride Match against Tulsa Roughnecks FC. The Republic Rewind rebroadcast will be Saturday, June 20 at 2:00 p.m. PT and the winner of the 2020 Pride Scholarship will be announced live during halftime.

Participating for the boys in Old Glory Red during the virtual version of Playing for Pride this season is midfielder Sam Werner and defender Dekel Keinan. Both players will be heavily pushing to drive donations to the main campaign page here.

In year’s past, Republic FC players participating in Playing for Pride donated to the nonprofit based on their performances during matches over the course of the entire month of June – such as $20 for every goal/assist recorded. Fans and front office members also committed to matching donations and in 2019, SRFC players Josh Cohen, Werner and Keinan each participated.

Werner and Keinan even donned custom boots last year and the captain’s armband took on a special pride-theme. Other SRFC players wore special rainbow-colored shoelaces and the pitch itself featured pride-themed corner flags.

This year, Athlete Ally has pledged to donate 50% of proceeds through Playing for Pride to the Audre Lorde Project – ALP – which is a Lesbian, Gay, Bisexual, Two Spirit, Trans and Gender Non-Conforming People of Color center for community organizing, with a focus on the New York City area.

All information on Pride Month for this year can be found by visiting SacRepublicFC.com/Pride2020.