The boys in Old Glory Red return to the pitch for the first time since March and Monday night’s clash with the Pacific Northwest club will be nationally televised on ESPN Deportes at 7 p.m. PT

Republic FC (0-0-1, 1 pts) picked up their first point of the 2020 USL Championship regular season back in early March prior to the pandemic suspending the new campaign. The match a few months back was the home opener in front of a sellout crowd at Papa Murphy’s Park after playing out a 1-1 draw against FC Tulsa.

Defender Juan Barahona provided a perfect cross from the left side of the field to midfielder Drew Skundrich directly at the top of the box. Skundrich tucked his left-footed effort just inside the bottom corner of the goal to give his side a 1-0 lead in the 42nd minute of the opening match of the season. 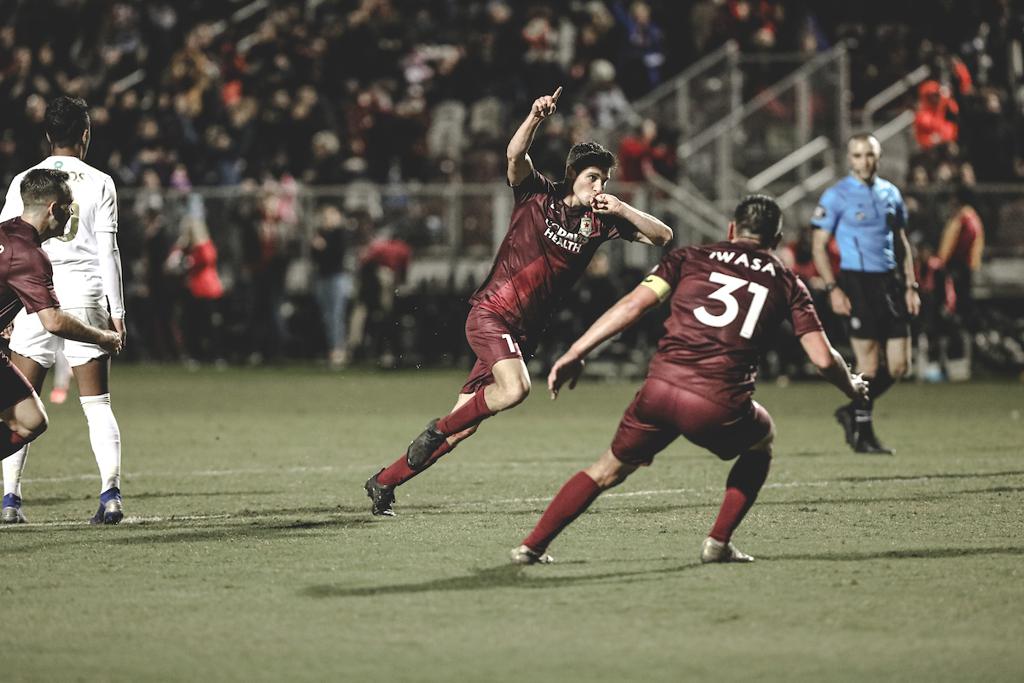 The visitors equalized late in the second half, but the draw kept Republic FC unbeaten in its last six straight home openers and not once in 10 all-time encounters against FC Tulsa has SRFC lost to the midwestern club.

Offensively, the Indomitable Club created plenty of scoring chances and took 16 total shots on the night. The team registered eight shots on target against Tulsa and only twice in 2019 did SRFC collect eight SOT or more in a Championship contest. Seven separate players in Old Glory Red were credited with creating a scoring chance including Barahona (3) and Iwasa (2).

Barahona’s brilliant performance earned the left back a selection on the Week One bench of the USL Championship Team of the Week. The Salvadoran defender’s 10 crosses were second-most in the entire USL last week and his assist was the fourth of his SRFC career.

What about the visitors?

Tacoma Defiance (0-2-0, 0 pts) opened the 2020 regular season with two defeats from two matches before the hiatus – a 3-1 home loss to Reno 1868 FC followed by a midweek 2-1 loss to Landon Donovan’s San Diego Loyal SC behind closed doors at Cheney Stadium in Washington.

Defiance dropped its first fixture on the year to 2019’s Western Conference regular season runners-up Reno 1868 FC. Tacoma took a 1-0 lead into the break as Chris Hegardt gifted his side an early advantage before 1868 responded with three unanswered second half goals. 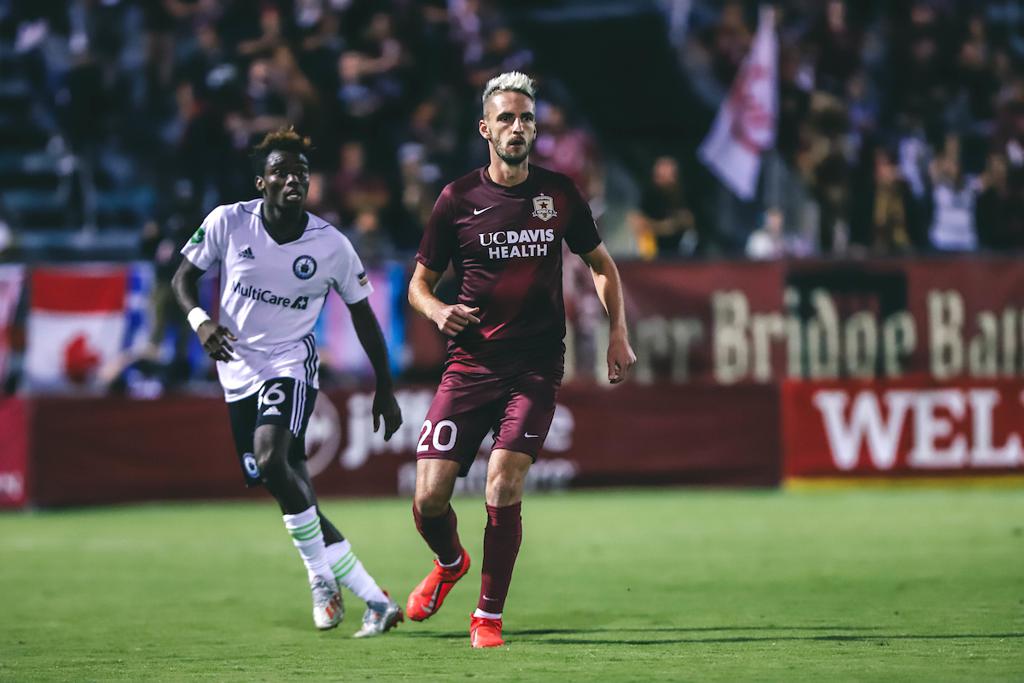 Days later on a Wednesday without fans in attendance, Defiance suffered its second straight defeat when Loyal SC earned its first-ever USL Championship victory in its early existence following a 2-1 win over Tacoma.

Forward Justin Dhillon scored the only goal in his sides’ loss to San Diego, but the striker has been summoned to join MLS-side Seattle Sounders FC in Orlando for the MLS is Back Tournament. In 2019, Dhillon scored a team-best 12 goals in 25 appearances with Tacoma and could very well be back with Tacoma later this season.

Even though Defiance doesn’t currently have its top goalscoring threat, Head Coach Chris Little does have a pair of promising young stars at his disposal, midfielder Azriel Gonzalez and forward Alfonso Ocampo-Chavez – who has already signed a Homegrown contract with Sounders FC. Ocampo-Chavez and Gonzalez combined for 10 scores last season and could be a driving force behind a surprise season for Tacoma.

The Indomitable Club is a flawless eight wins from eight encounters against Defiance in Sacramento.

The last two trips Tacoma has taken to the California Capital have both resulted in 3-0 victories for the boys in Old Glory Red and the squad has managed to keep clean sheets in four consecutive matches against the Pacific Northwest club. For Tacoma, it’s been 380 minutes since the club last scored against Republic FC in California. 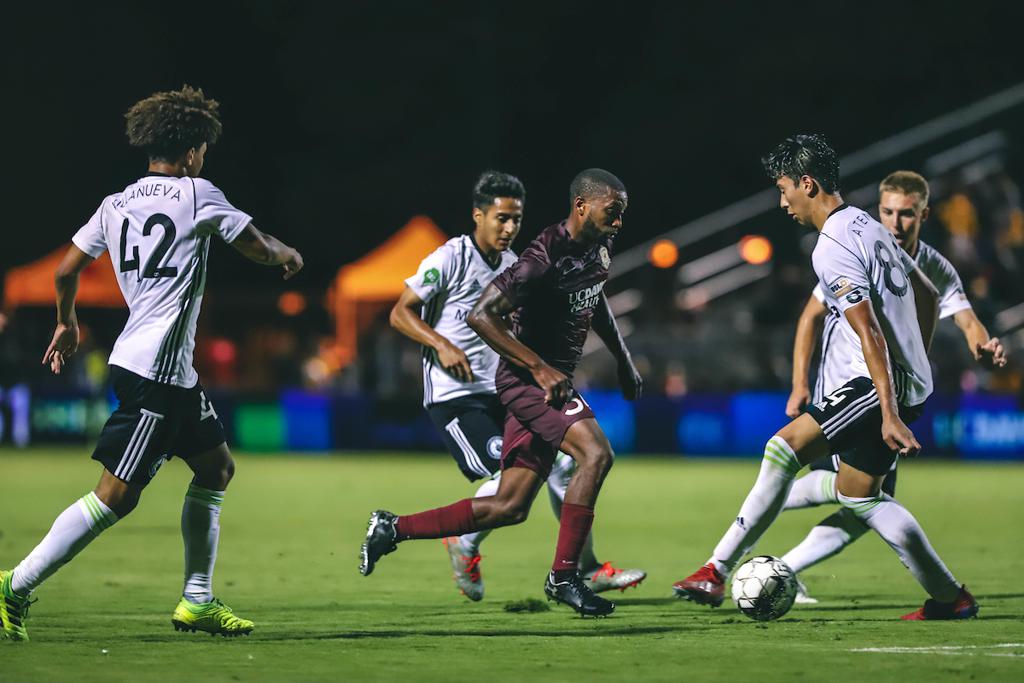 Even though the series has been dominated by the Indomitable Club in Sacramento, Defiance did pull off a 2-1 win over SRFC in Washington in 2019 and Tacoma went on to finish the 2019 regular season on an impressive five-game unbeaten run. The team may have posted the second-worst record in the Western Conference last year but after finishing on a high-note, it’s possible behind a young, energetic squad Tacoma could turn a few heads in 2020.

Mark Brigg’s men will have to maintain focus for the full 90 minutes if Republic FC is hoping to claim its first regular season win of this young season.

Watch the match with fellow Republic FC supporters during the Virtual Watch Party simulcast during the contest. Thirty minutes before kickoff, Live from the Pitch with Connor Sutton – the club’s new pregame show on Facebook – will give fans a new matchday perspective with interviews, Q&A with club insiders, and live look-ins to warm-ups.

During the match, fans can join the club’s virtual watch party simulcast where they can interact with other fans, participate in games and contests, and be features in the club’s match telecast while cheering for the boys in Old Glory Red.

To join a watch party in English or Spanish, fans can RSVP at SacRepublic.com/virtual-watch-parties. Current defender Juan Barahona will join the Spanish party at the half and Shannon Gomez will join the English party.