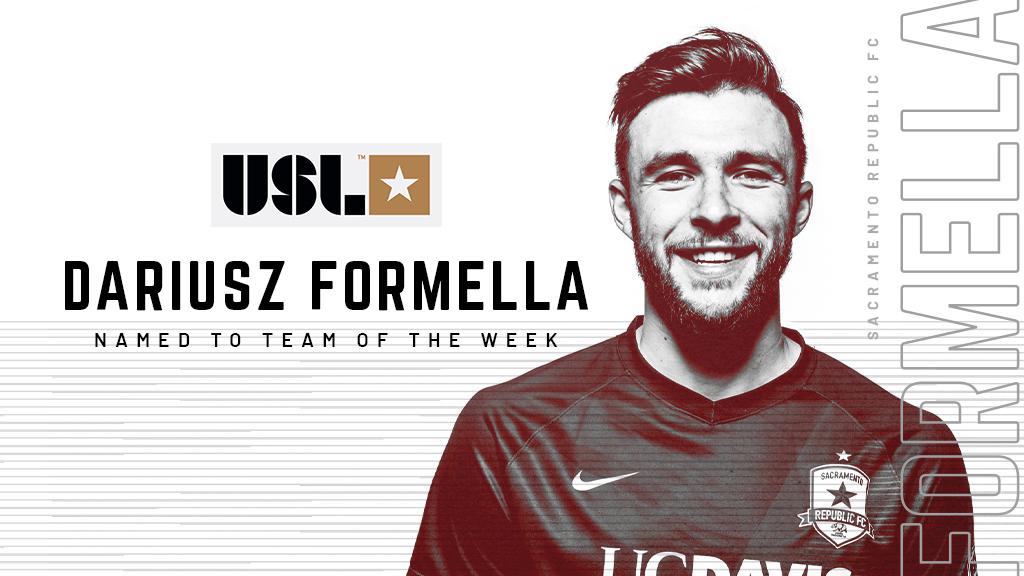 The USL Championship announced on Tuesday that Republic FC forward Dariusz Formella has been honored as a selection to the Championship Team of the Week for Week Four after netting twice in the Indomitable Club's 3-3 draw against Tacoma Defiance.

This is Formella's first career Team of the Week selection with SRFC but he was selected to the Team of the Week bench in 2019 for Week 28 after netting the game-winner against Rio Grande Valley FC Toros at home.

The brace was the first of Formella's career in Sacramento and his fourth career goal with the boys in Old Glory Red. His first goal on the night was from the penalty spot, also a first for the forward in his SRFC career. His second goal was a perfectly placed left-footed effort late in the first half after Jordan McCrary picked out the playmaker in space.

The sensational strike was also a Week Four nominee for the Goal of the Week. Fans can vote for Formella's stunner and have until Thursday, July 23 at 9 a.m. PT when the poll closes.

"It was a good ball from Drew [Skundrich] to Jordan [McCrary] and I think Jordan did the biggest part of the job because his first touch was great and that touch created everything," Formella said in response to his second goal of the game. "That touch created the space, the time for me, he gave me the ball and I had like one second to decide which corner I wanted to score in and the ball was perfect on the ground. I was just hoping to hit it in the right corner and I did so it was a nice goal, but nothing spectacular."

The multi-goal game was the first for Formella in Sacramento and it’s the first time the forward has bagged a brace since a 2016 Polish SuperCup clash against Legia Warszawa while playing for Lech Poznan.