In his first season with the Indomitable Club, defender Duke Lacroix was a constant presence—both on and off the pitch. Back for 2022, the New Jersey native will look to build on this year’s campaign and chase his first USL Championship title.

Lacroix led the squad in appearances (31) and minutes (2,583), including 28 starts, making his 100th career USL appearance on August 15. He also stepped into a pivotal role midway through the season, wearing the captain’s band for 12 matches. Among the 2021 team, Lacroix finished second in interceptions, tackles won, and duels won, only being topped by Team MVP Luis Felipe in each category. On the offensive end, he contributed four assists—a team best in Old Glory Red—and one goal. When it comes to goals added, one of the newer metrics used to analyze performance, he ranked among the top four. 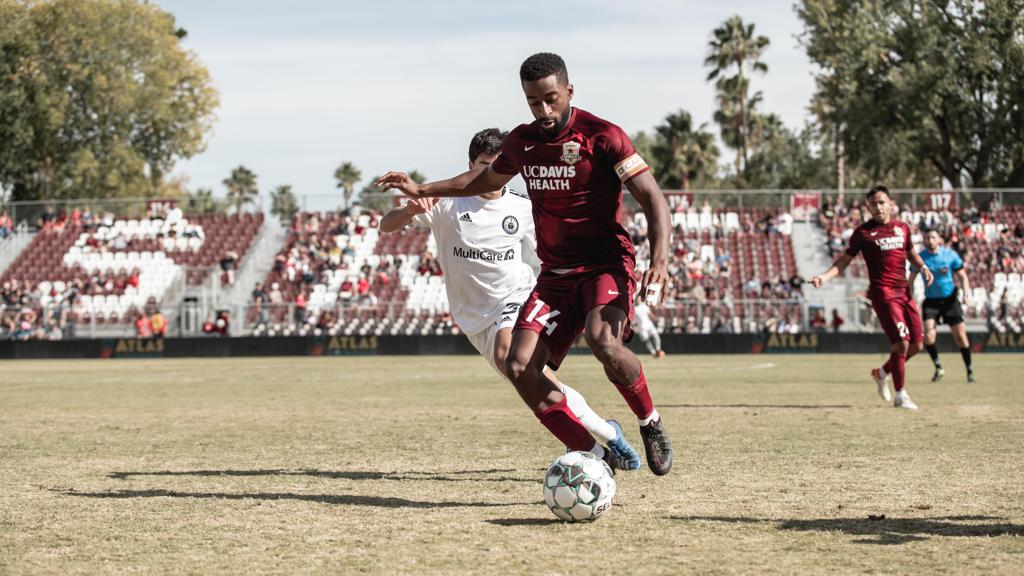 Duke put in work on both ends of the pitch and was an integral part of Republic FC’s best team goal of the season on July 31. At home against New York Red Bulls II, Lacroix followed the play as Darek Formella carried the ball up the field. Formella’s cross found the head of Luis Felipe, who then directed it to Lacroix’s chest at the top of the 18-yard box. With a single touch, Lacroix returned the ball to Felipe’s right foot – setting up the Brazilian’s second goal of the night. The play earned Lacroix a spot on the Week 15 USL Team of the Week Bench, his seventh career Team of the Week selection.

Off the pitch, Duke joined the club’s community investment initiatives without reservation. During Pride Month, he used his platform to support the LGBTQ+ community by partnering with Playing for Pride. He also made regular visits to Natomas-area schools, volunteering with the Sacramento Chinese Community Service Center’s after school program.

"Just to be a role model and example for the kids I think is really special and is something that pro athletes - with the platform that we have - should do as often as we can," he said. He later connected with Special Olympics Northern California, making it out to a training session and later helping with the awards ceremony at the organization’s Regional Showcase.

In his sixth USL season, Duke is sure to stand out as a team leader and formidable opponent on both ends of the field—as well as an ally, advocate, and mentor in the community.