The NWSL takes the stage this weekend, launching a month-long tournament and leading the way for domestic soccer leagues to begin competitive play in the coming weeks

The pioneering spirit of women’s soccer will be on display for the entire country to see when the National Women’s Soccer League Challenge Cup kicks off this Saturday at 9:30 a.m. on CBS. Not only will some of the world’s best footballers take to the pitch, the league will be setting a high standard for the return of soccer and beyond in America. Soccer has been at the forefront of the world’s return to sports – and now has the opportunity to be the first live domestic games for fans to enjoy.

The pioneers of domestic professional team sports are about to pave the way for a return to play for all pro leagues in the U.S. as soccer remains at the forefront of restoring normalcy in global athletics and here in the states, it’s the National Women’s Soccer League leading the charge when the 2020 Challenge Cup kicks off this Saturday in Utah.

The month-long tournament, centrally located in Utah, will begin with two groups of round play competing for points that will determine each clubs’ knockout round position. Matches will take place at Zions Bank Stadium (home of Real Monarchs) and Rio Tinto Stadium (home of Real Salt Lake and Utah Royals) and all matches will be streaming on CBS All Access, with two nationally broadcast matches on CBS – the tournament opener this Saturday and the final on July 26. 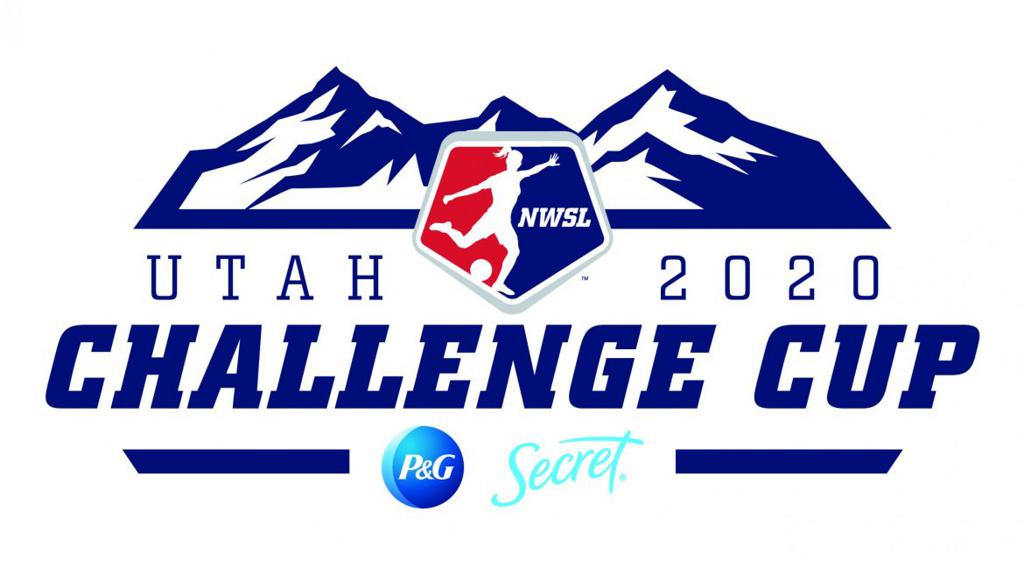 Initially the league’s nine teams intended to head to Utah for the innovative tournament, but out of an abundance of caution, Orlando Pride decided to withdraw from the tournament for the health and safety of players and staff, after members of the club tested positive coronavirus. A new eight team format was rolled out and the competition will go on. The opening day matches are appointment tv for soccer fans with North Carolina Courage and Portland Thorns FC go head-to-head at 9:30 a.m. PT followed by a clash between Chicago Red Stars and Washington Spirit at 7:00 p.m. PT.

Even with only 8 teams participating, there are still plenty of notable names in the women’s global game competing in the tournament. In working with the league to resume play, each player held the choice to return in this new format, and only a few competitors exercised the tough decision to sit out this tournament – but that doesn’t mean there will be a talent shortage on the pitch.

But one fresh face for fans to keep an eye on is midfielder Tziarra King of Utah Royals FC who was recognized as a first team All-ACC selection her last three years attending NC State and the former track star has the lightning-quick speed to blow by her opposition.

Individual talent aside, all eyes will be on back-to-back NWSL champions North Carolina Courage, a club that steamrolled its competition in 2019. Courage’s roster is stacked and headlined by Debinha, Canada’s number one goalkeeper Stephanie Labbé, Ireland’s top midfielder Denise O’Sullivan, and a trio of USWNT starters including Crystal Dunn, Sam Mewis and Abby Dahlkemper. The Courage dynasty will be on full display during the nationally televised opening match against Thorns FC on Saturday morning.

The league’s runner-up in 2019 was Chicago Red Stars and the midwestern club might be the ones most likely to knock North Carolina from its perch. Anchored by USWNT standouts Ertz, shot-stopper Alyssa Naeher and midfielder Morgan Brian – Chicago could make a legitimate Cup run. Having a veteran like Yuki Nagasato – 2019’s league leader in assists – could be a clutch difference maker.

Washington Spirit is another club with a dynamic core of young talent from the USWNT featuring Lavelle, Sullivan and Jordan DiBiasi. Spirit also added Japan’s Kumi Yokoyama and Canada’s Jenna Hellstrom to the squad so an improvement from last season’s fifth place regular season finish is almost a certainty. Sacramento will surely join Republic FC Midfielder Drew Skundrich in watching Spirit games as his wife, Andi Sullivan, takes the pitch as a rising star in American soccer circles. 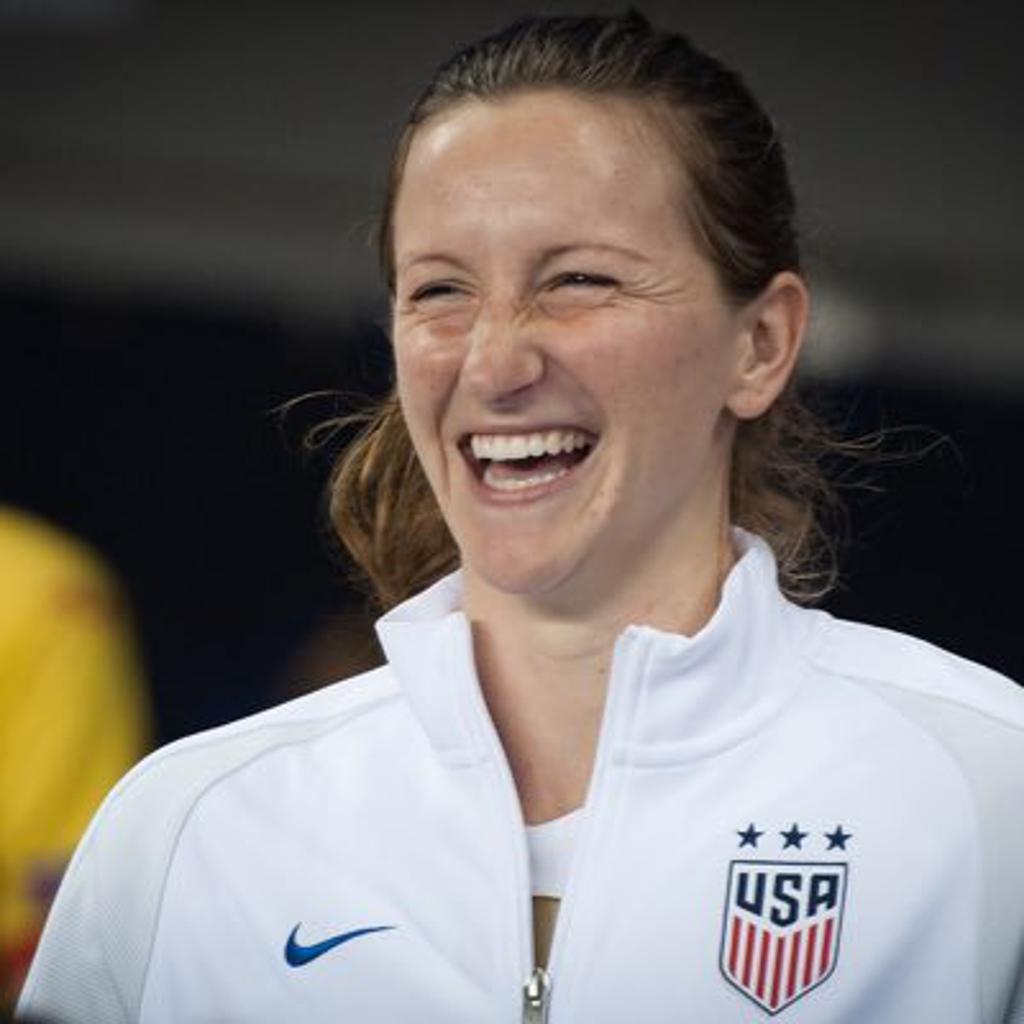 Portland Thorns FC – who finished the 2019 campaign in third place – also made some moves to improve with the most high-profile acquisition being defender Becky Sauerbrunn to join veteran Meghan Klingenberg in the back line. The all-time leading goal scorer in international women’s soccer Christine Sinclair and USWNT midfielder Lindsey Horan will be the leaders in the locker room hoping to guide their girls to glory.

Following a fresh, new rebrand this offseason after formidable French-side Olympique Lyonnais bought a majority stake in the Pacific Northwest club, OL Reign made a number of in-bound transactions, all of which are looking to impress with their new team including Dani Weatherholt, Amber Brooks, Sofia Huerta and Alana Cook on-loan from European powerhouse Paris Saint-Germain.

Houston Dash also made a slew of changes, bringing in Katie Stengel, Megan Oyster and Katie Naughton to pair alongside roster staples Rachel Daly, Sophie Schmidt and Haley Hanson but youngster Cece Kizer could be the name on most fans’ lips following the tournament from the Texan team.

The host club – Utah Royals FC– boast an experienced squad that could guide Royals FC on a deep run. Led by veteran USWNT defender Kelley O’Hara, Canadian midfielder Desiree Scott and Spanish midfielder Vero Boquete, it’s not out of the question that Royals FC could turn a few heads.

The same could be said about Sky Blue FC, a team very much under the radar that’s finished in the bottom half of the league each of the last few seasons but stars such as Margaret Purce, McCall Zerboni, Ifeoma Onumonu and first-round draft pick Evelyne Viens – who simply couldn’t stop scoring at USF – can help guide the club to a respectable finish in the competition.

There is no shortage of talent, on the pitch storylines, and competition with the 2020 Challenge Cup. For a full schedule, check out the NWSL website and watch the games on CBS and CBS All-Access.