Sacramento Republic FC announced today that the club has reached an agreement with defender Conor Donovan on a contract for the 2022 season, pending league and federation approval. Per club policy, the terms of the agreement were not disclosed. 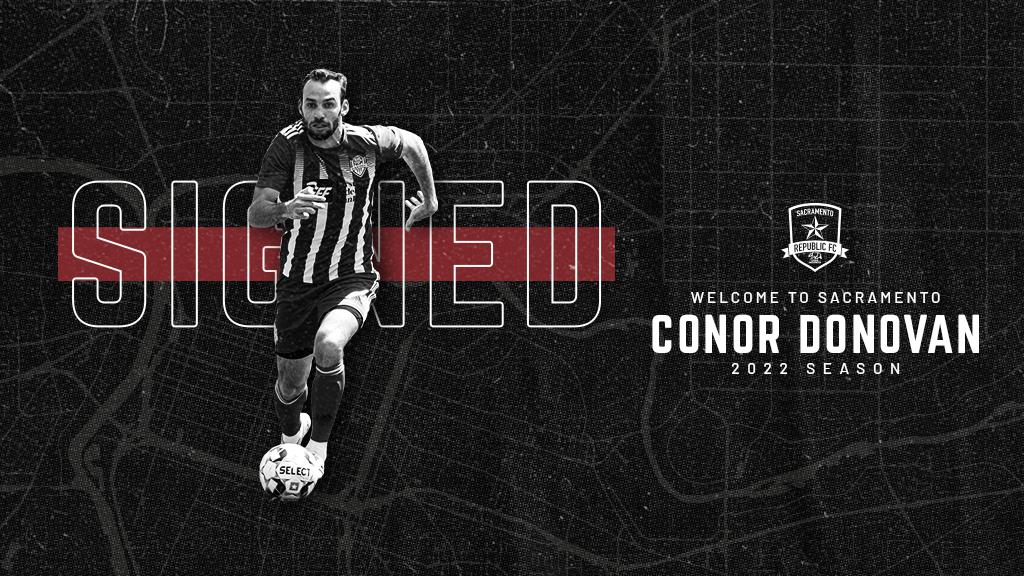 “Conor has been one of the league’s best defenders in each of the last two seasons,” said Republic FC President and General Manager Todd Dunivant. “But beyond his playing ability, he is bringing leadership and a team-first mentality, which will only strengthen our locker room.”

Donovan joins Republic FC after spending the 2021 season with OKC Energy FC. He led his squad in appearances (32), starts (32), and minutes played (2,880) during his lone season with the club, while serving as captain in all but one match. His team-leading 120 clearances and 40 blocked shots helped Oklahoma City finish as one of just eight clubs in USL Championship play to concede fewer than 40 goals.

The seven-year USL veteran joined Oklahoma City after spending the 2020 season with North Carolina FC, where he made 14 appearances during the pandemic-shortened season. Donovan played collegiate soccer at North Carolina State University, making 15 appearances his freshman season for the Wolfpack. In 2015, he was selected 22nd overall in the 2015 MLS SuperDraft by Orlando City SC and was one of five players awarded a Generation Adidas contract, allowing him an early entrance to the pro ranks as one of the top amateur players in the U.S. Donovan suffered a knee injury in his professional debut and was then loaned to USL Affiliate, Orlando City B for the 2016 and 2017 seasons.

The defender has also featured for the United States U17 and U20 National Teams, making seven appearances. He logged three caps for the U17 side in 2013, and following his collegiate career, he appeared four times for the U20’s including minutes in the 2015 CONCACAF U20 Championship and the 2015 U20 World Cup in New Zealand.