For the second year in a row, Republic FC’s youth teams are gearing up for the chance at hardware in youth soccer’s most prestigious competition. 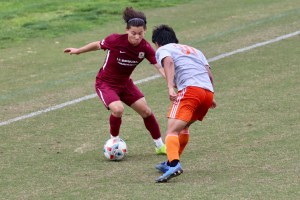 This past weekend, Republic FC’s U15 and U19 squads took to Maryland for the MLS NEXT Flex tournament, pitting them against clubs from across the country. Sacramento’s top age group took on three squads in group play – LA United FC, Springfield SYC, and their counterparts from Rio Grande Valley FC. Republic FC took two wins and split points once, finishing the tournament with seven points and as the champions of Group P to earn an automatic berth to the MLS NEXT Cup Playoffs.

The U15 squad ended the tournament just a point out of the top spot in their group, taking wins over Florida Rush and Southern Soccer academy, but falling to FC United. Their road to the postseason is not yet over, however; they still have a chance to qualify through their results in league play, which wraps up the first week of June. Should they finish their season at the top of the Northwest Division, they’ll get an automatic berth and a chance to represent their club on the national stage alongside the U19 side. The same is true for Sacramento’s U17 squad, which can punch their playoff ticket with a victory in one of their final two league matches against Breakers FC and Ballistic United.

Just 64 teams from each age group qualified for MLS NEXT Flex, which grants clubs

an additional player identification platform and an opportunity to claim a playoff berth outright before the end of their league schedules. Only 16 teams claimed a MLS NEXT Cup playoffs berth through tournament, and Republic FC was the only U19 squad representing a USL Championship club to claim top honors in their group.

Last season, Republic FC’s U15, U17, and U19 squads each qualified for the MLS NEXT Cup playoffs, with the U17 and U19 teams reaching the semifinal stage before being eliminated. Republic FC was the only club to advance more than one team to the penultimate stage of the tournament. This season’s MLS NEXT Cup Playoffs are currently set to be held from June 25 to July 3 at the Toyota Soccer Center in Frisco, Texas.