The special ‘Ubahdank’ can will go on sale at both New Glory Craft Brewery locations beginning this Saturday, as well as all upcoming Republic FC home matches. 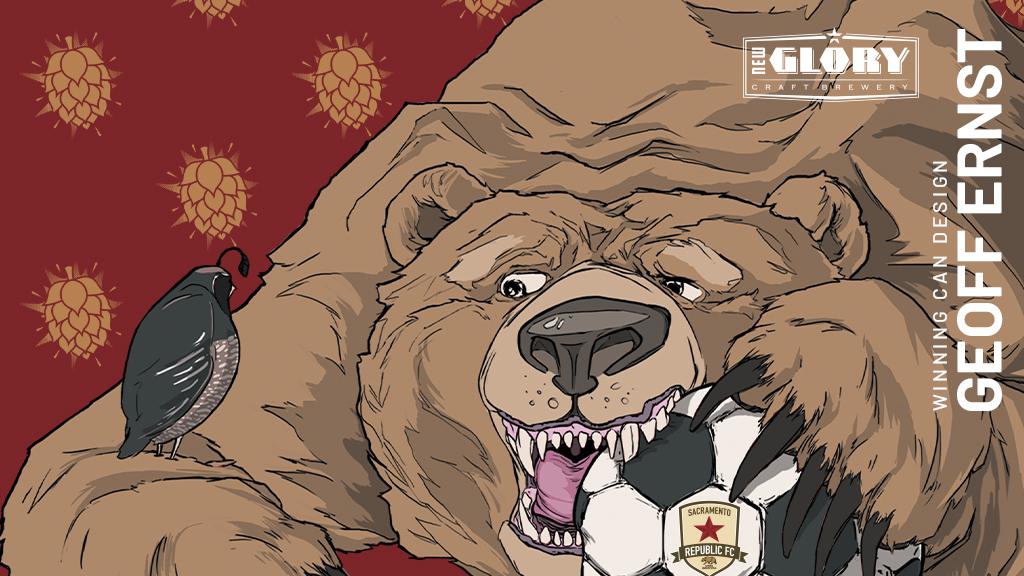 “It’s amazing to see how creative and talented our fans are,” said Republic FC VP of Marketing Allison Yee-Garcia. “Geoff’s design is a fresh interpretation of our brand that brings the fan perspective to life and we’re excited to debut the cans with our fans and have them be a part of the game-day experience.”

“We couldn’t be happier to release our beloved Ubahdank IPA with the new co-branded label, designed by Geoff Ernst, in collaboration with Republic FC,” said Kyle Leddy, New Glory Head Brewer. “We can’t wait to crack open a can or two and enjoy a match! This has been a long time in the works and everyone at New Glory is thrilled to see it come to fruition. We hope all the fans enjoy this season, the new label, and the beer. Cheers!”

Ernst’s can design features a California grizzly bear, taken from both the state flag and Republic FC crest, gnawing on a soccer ball while a quail sits perched on its arm. The quail, which is the official state bird, started out as an April Fools joke in 2016 and has since became a fan-favorite symbol of the club. 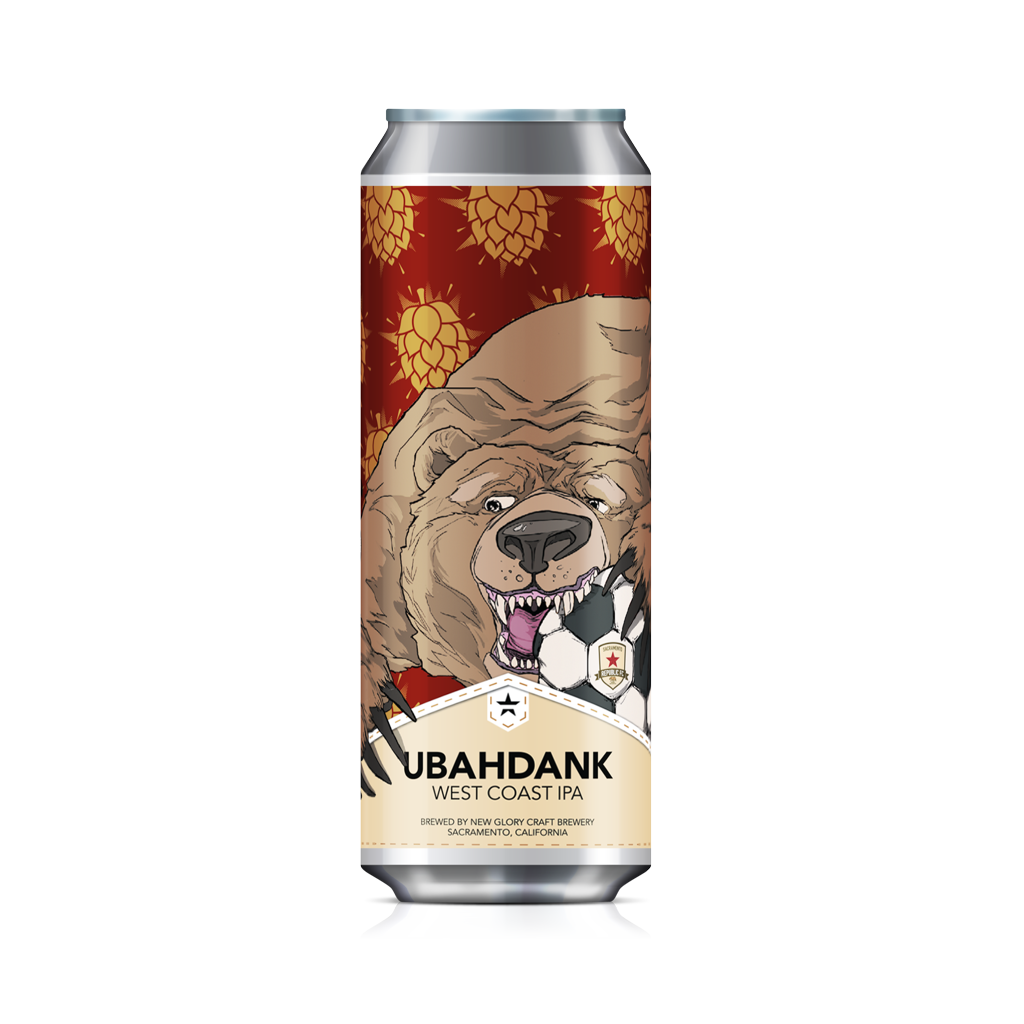 The co-branded Ubahdank can design is the latest collaboration between Republic FC and its fans. The club, whose fans helped select its name, crest and colors ahead of the inaugural season in 2014, has previously worked alongside local artists and fans to design various merchandise items.

Republic FC recently kicked off their 2019 season and travel this weekend to take on Colorado Springs Switchbacks FC this Saturday, March 16. The club will host an official watch party for the match at New Glory Eatery & Taproom in Granite Bay where fans can enjoy drink specials and try the new co-branded Ubahdank IPA for the first time. The watch party will start at 4 p.m. with the game kicking off at 5 p.m. More details are available at SacRepublicFC.com/matchday-guide.

About New Glory Craft Brewery
New Glory is a Sacramento family owned and operated craft brewery. They have been brewing radical suds for the past 5 year with a penchant for hop laden IPAs. New Glory likes to push the flavor paradigm with creative style and funky ingredients. Over the course of the last 5 years, they have grown into a tight knit wacky family of over 60 employees between two locations. For more information, visit newglorybeer.com.

About Sacramento Republic FC
Sacramento Republic FC is a record-breaking USL Championship franchise and the 2014 USL Cup champion. Through an unrivaled level of support from its fans and community, the club is leading a movement to secure MLS rights and build a soccer-specific stadium in Downtown Sacramento. Launched during Sac Soccer Day in 2013, Republic FC exists to make the Sacramento region into the most inspiring, energetic and rewarding place to live, work and play through the beautiful game. For more information, visit SacRepublicFC.com.